Home » The Case of the Disappearing Cicadas

On a bright day in July 1987, Elias Bonaros, then 15 years old, grabbed a bucket and headed from his home in Bayside, Queens, to Ronkonkoma, a town 40 miles to the east on Long Island. Dr. Bonaros — now a cardiologist, then a budding naturalist — wanted to see the huge, raucous group of periodical cicadas known as Brood X, which were due to come up in the town.

When he arrived, he found the streets quiet and littered with empty nymph shells. Residents informed him he was a couple of weeks late. “It was heartbreaking,” Dr. Bonaros — who still lives in Bayside — recalled recently. He comforted himself with the knowledge that periodical cicadas are predictable: This brood’s descendants, he figured, would keep resurfacing in Long Island for the foreseeable future.

Alas, he may have missed his chance. The cicadas of Brood X are again expected to emerge across the eastern United States in the coming weeks, as they have every 17 years for millenniums. (Things have already kicked off in Georgia and Tennessee.) But researchers and other devotees fear that some parts of the country, including all of Long Island, may have lost their local outposts of this famous cohort of insects.

Humans know and have named periodical cicadas for their clockwork-like timing. But our species’ activities have been messing with that regularity by trapping the insects underground, taking away their food and throwing off their schedules.

Development, pesticide use and the presence of invasive species are destroying historic populations of Brood X cicadas, while climate change spurs bugs from different broods to come up years early, experts say. The disruption of these cycles means some places that were expecting cicadas this year will miss out, while others may be surprised by an unscheduled emergence. 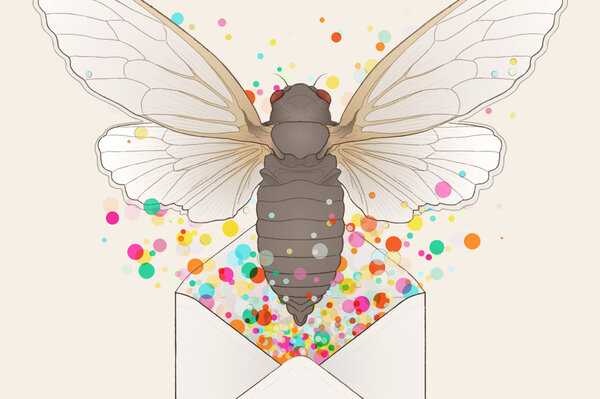 An Invitation to the Cicada Party

This spring, billions of cicadas will emerge from underground tunnels to sing, mate and die across the eastern United States. Here’s what to expect.

Although these changes are likely happening across the cicadas’ range, they’re particularly visible on Long Island, said Chris Simon, a professor at the University of Connecticut who has been studying cicadas for over 40 years. Long Island was once New York’s last remaining stronghold of Brood X. But the population there has declined in recent decades, and was nearly absent during the last mass emergence in 2004. At the same time, some of the area’s Brood XIV cicadas — scheduled to come up four years from now — may make an early appearance this year instead.

In the coming weeks, with the help of community members, researchers are determined “to confirm or deny Brood X’s Long Island demise,” Dr. Simon said. A diagnosis there may shed light on what’s in store for these bugs around the country. It also illustrates the toll that human activity can take even on one of nature’s most dependable emissaries — one that can serve as a “canary in a coal mine” for ecological change writ large, she said. 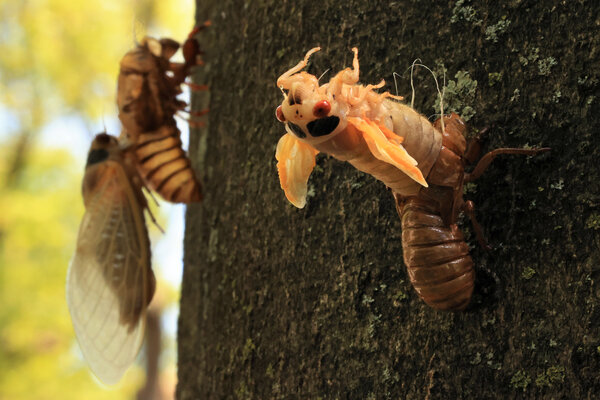 All cicadas spend the majority of their lives underground, tunneling and sipping sap from plant and tree roots. While individuals from annual cicada species emerge sporadically after three to five years under the soil, the species known as periodical cicadas erupt en masse like stovetop popcorn every 13 or 17 years. Because loud, unwieldy bugs are easy pickings for predators like birds and dogs, emerging in sync helps ensure that a critical mass survives to procreate, Dr. Simon said. It also makes for cacophonous bacchanals that delight insect lovers.

In the past, Long Island has been the easternmost place that can lay claim to this eminent brood. As far back as 1902, New York’s state entomologist recorded Brood X cicadas in both Suffolk and Nassau counties, Dr. Simon said. Their reign continued through 1987, when the young Dr. Bonaros found the streets of Ronkonkoma filled with castoff cicada shells.

Then came 2004. Dr. Bonaros, who in the intervening years had brushed up on his timing, returned to Ronkonkoma. “I drove around and unfortunately found absolutely nothing,” he said. “They did not make an appearance.”

The brood was absent from more places where it was expected, including in the towns of Shirley and Oakdale, and made only a brief showing in other locations, such as Connetquot State Park, a 3,700-acre reserve south of the Long Island Expressway, said Dr. Simon. Steep declines like this often lead to a complete disappearance, she said — without strength in numbers, the whole population can be devoured.

This year, Dr. Simon and other researchers are encouraging people in and around Long Island to go searching for the insects, and to use an app, Cicada Safari, to report any findings. If they do show up, it will likely be in early June. But she is not optimistic. “I’m afraid that they’re going to be completely gone,” she said.

There are four periodical cicada broods currently in Long Island, all timed to emerge in different years. There as elsewhere, females lay their eggs in tree crevices. In midsummer, newly hatched nymphs crawl down the trunks, burrow into the soil, and find a root to suck on. There they grow larger, noting the changing seasons until 17 winters have passed — their cue to come back up.

Often, though, the world above is less patient. Roads and buildings can literally trap whole populations underground — one Long Island location where the insects once thrived is now “a Walmart with a big parking lot,” Dr. Simon said. Even before they find themselves sealed in by asphalt, the clear-cutting of trees they rely on for food generally dooms them. For this reason, they also find it hard to survive in places that have been turned into golf courses, playing fields and cemeteries.

In the past century, news outlets tracking Brood X’s impact on people on Long Island have also illustrated how land use there changed over time. In 1919, farmers in Farmingdale and Massapequa reported cicada damage to their fruit trees. Seventeen years later, in 1936, The Times warned motorists that the cicadas coming up from roadside forests might clog their radiators. By 1987, Long Islanders were quoted expressing wonderment — along with concern for their lawns — as the insects erupted from their yards.

Farmingdale and Massapequa “are no longer farmland and open space,” said Jody Gangloff-Kaufmann, an entomologist at Cornell University and a Long Island resident. “They’re just home after home after home.” Pesticide use and pollution might have contributed to the declines as well, she said.

Once numbers drop, the final blow can be dealt by predators — including introduced species, which often lack predators of their own and can throw food webs off balance. In 2016, Dr. Bonaros watched nonnative European starlings and English sparrows go after the dregs of Brood V, also disappearing from Long Island. “They really tear into them and demolish them,” he said.

Here comes Brood X. Species of periodical cicadas will emerge in places all over the eastern part of the United States in the coming weeks. Here’s what you should know about our insect visitors making their once-in-every-17-year appearance.