Home » Science » The founder of a startup that charged $8,000 to fill your veins with young blood says he's shuttering the company and starting a new one

It’s been a rocky few months for a startup hawking young blood.

The company, called Ambrosia, says it shut down after the FDA warned against the procedure, according to emails between the founder and a potential customer that Business Insider viewed on Wednesday.

There’s no scientific evidence that shows that infusions of blood from young people can boost health. Several experts who have spoken with Business Insider about the process in the past have raisedred flags.

The company’s founder isn’t giving up on the idea. The startup has been reborn in the form of another company called Ivy Plasma, according to the email from founder Jesse Karmazin, which is dated Tuesday.

Ambrosia had been offering to fill a person’s veins with young blood for $8,000 for a liter. In February, the companysaid it had stopped providing the procedure after the US Food and Drug Administration warned against such treatments.

Then in June, Karmazin told customers his startup was back up and running in San Francisco and Tampa, Florida, according to emails that Business Insider viewed. The procedure appeared to be legal: Because the FDA has approved blood transfusions for emergencies like car crashes and other life-saving procedures, Ambrosia was able to peddle the services asoff-label treatments.

But according to a new email from Karmazin, the company has now been “dissolved.” As a reason, Karmazin cited the FDA’s February email and said the agency was only allowing off-label blood infusions to continue as part of a program known as an investigational new drug application, or IND.

An FDA spokesperson could not confirm or deny to Business Insider whether Ambrosia had been a part of the program. Karmazin didn’t immediately return a message seeking comment.

Karmazinpreviously told Business Insider that he was charging $8,000 for 1 liter of young blood or $12,000 for 2 liters. He also said the transfusions were safe and reliable, despitelittle to no hard scientific evidence demonstrating either its safety or its benefits. In the latest email, he said a new company called Ivy Plasma will continue providing the procedures:

“In February, the FDA announced that off-label young plasma treatments should be performed only under IND. As a result, Ambrosia, LLC was dissolved. I am sorry that I wasn’t able to find a way for this company to continue its innovative treatments. On a brighter note, I’ve founded a new company which offers off-label plasma treatments,” the email read.

A single employee and a clinical trial with no published results

Read more: A controversial startup that charges $8,000 to fill patients’ veins with young blood is opening a clinic in NYC — but researchers whose work inspired it warn that it’s dangerous

In the fall, Karmazin — who is not a licensed medical practitioner but graduated from Stanford Medical School — told Business Insider he planned to open the first Ambrosia clinic in New York City by the end of the year.

That didn’t happen. Instead, he later said, the sites where customers could get the procedure included Los Angeles; San Francisco; Tampa, Florida; Omaha, Nebraska; and Houston, Texas. At one point, Ambrosiarevamped its website with a list of clinic locations and said it was accepting payments for the procedure via PayPal.

In 2017, Ambrosia enrolled people in a clinical trial designed to find out what happens when the veins of adults are filled with blood from younger people. The results of that study have not been made public.

The two-day experiment involved giving patients 1.5 liters of plasma from a donor between the ages of 16 and 25. It was conducted with David Wright, a physician who owns aprivate intravenous-therapy center in Monterey, California. Before and after the infusions, participants’ blood was tested for a handful of biomarkers, or measurable biological substances and processes thought to provide a snapshot of health and disease.

Trial participants paid $8,000, the same price as one of the procedures listed on Ambrosia’s website.

Young blood and anti-aging: Are there any benefits? 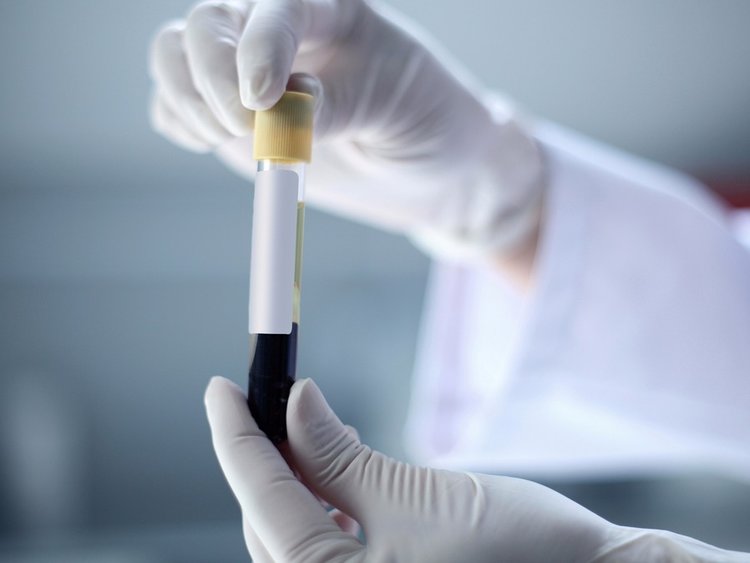 The science on whether infusions of young blood plasma could help fight aging remains murky at best.

But Alkahest’s work is very different from Ambrosia’s. Its researchers aim to develop drugs for age-related diseases that are inspired by their work with plasma; they are not looking to open a clinic.

Read more: The CEO of a startup aimed at harnessing the benefits of young blood shares his real plan to beat aging

This is a developing story. Have you received an infusion from Ambrosia or considered one? Email this reporter at [email protected]