Home » Science » The long-running debate over greening the land

The BBC has learned that cash could be diverted away from funding ambitious conservation projects in the UK and towards protecting farm businesses. But how should farmers be rewarded for tending the land?

The EU’s farm policy has been no stranger to controversy.

Under this system, farmers have been collecting taxpayers’ money according to the amount of land they own.

The government promised that after Brexit, farmers would only be rewarded if they tend the land in a way that’s good for society.

But that’s proving a challenge. How does one assess the relative value of, for example, reducing water pollution vs connecting fragmented habitats?

To understand the background to the current debate over farm payments, it’s useful to go back in time to World War Two.

The UK’s farm subsidies system started after the war, which had cruelly exposed the vulnerability of Europe’s food supplies to German U-boats.

Those subsidies paid farmers to increase food production, so that’s what they did. And in the EU, an aggressive farmers’ lobby fought to keep them that way.

Farmers, being business folk, followed the money. Production of crops and livestock soared, but before long food production outstripped demand.

Huge quantities of produce had to be stored in so-called wine lakes and butter mountains.

The EU off-loaded cut-price food to countries in the global south – but farmers there complained they were undercut by Europe’s subsidised food.

How did the subsidies affect the countryside?

Insects were wiped out by pesticides, and this contributed to a 57% decline, on average, in the farmland birds index between 1970 and 2018.

The EU changed the system of payments. Instead of being encouraged to grow extra food, farmers were paid directly according to how much land they manage. So, the bigger the farm, the bigger the subsidy.

What is the government’s plan to improve the countryside?

The former Environment Secretary Michael Gove said farmers should only get paid if they provided a public service. He coined the phrase “public money for public goods”.

Those goods would include helping wildlife, catching flood waters on fields, planting woods to soak up carbon emissions and improving the soil.

The reform will be delivered through the Environmental Land Management Scheme (ELMS) – and pilot projects are due to start next year. 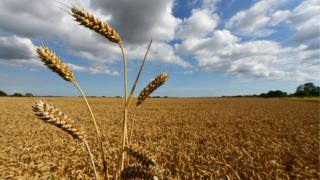 But ministers are also drawing up a parallel grants scheme called the Sustainable Farming Incentive to reward farmers for basic activities like conserving their soil.

This scheme has proven controversial with environmentalists, who argue that improving farmland soil makes good business sense and so shouldn’t be funded by the taxpayer.

How will the improvements be delivered?

Three tiers of grants are planned through ELMS, according to the level of ambition. Tier One will improve air quality by curbing gas from livestock, reducing water pollution and tending to hedges and grassland.

Is it all going smoothly?

Of course not. This is a problem of mind-numbing complexity.

How, for instance, will ministers strike the right balance between payments for re-introducing grey partridge, or capturing heavy rainfall, or increasing organic matter in the soil?

What is the value of a tonne of stored carbon versus an increase in the number of rare small blue butterflies? And how many butterflies are enough, anyway?

Does that mean it’s getting delayed?

Farmers and environmentalists alike are frustrated that the scheme is held up with the environment department, Defra. Farmers need clarity to plan for the future.

Environmentalists, meanwhile, fear that the department is leaning too far to please farmers in Tier One of the scheme.

They say it’s looking as though farmers may be paid for basic activities like improving soil health which, they argue, are good business practice anyway.