Home » Science » The staggering costs of being transgender in the US, where even patients with health insurance can face six-figure bills

In the past six years, Claire, an IT infrastructure engineer living in New York, has spent thousands of dollars on medical care that most Americans never have to think about. There was hormone therapy, hair removal, and what’s known as “bottom surgery.” And that was just the start of it.

But it was all worth it, she said.

“It saved my life,” Claire, 33, said. (She asked that Business Insider withhold her last name to protect her privacy.) “My worst day now is better than the best day I had when I presented as male. I am able to exist without fear, without compromise.”

Like an estimated1.4 million people in the US, Claire is transgender. She was designated male at birth, but she is a woman. And she’s known that, on some level, since elementary school, she said.

It didn’t take long for Claire to realize that being transgender comes at a cost. By the time she came out in 2013, she was already struggling with what’s commonly called gender dysphoria, a form of emotional distress that results from identifying as a different gender than the one designated at birth.

But for Claire and many other transgender people, the costs aren’t just emotional: Many are also financial. The cost of medical treatments can add up to more than $100,000, and they’re often not covered by health insurance. Plus, transgender people face discrimination in the workplace, which translates to unemployment rates that areas much as three times as high than they are for the general public.

Medical procedures are often essential, but they come at a cost 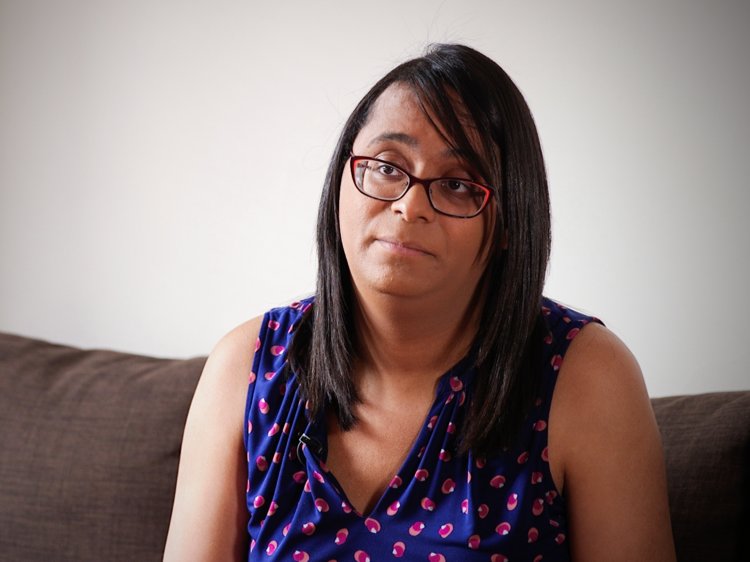 For many years, doctors tried to alleviate gender dysphoria with talk therapy. But in the absence of surgeries and other medical interventions, that approach was an “abysmal failure,”Joshua Safer, the executive director of theCenter for Transgender Medicine and Surgery at New York’s Mount Sinai Hospital, said.

“We havesuicide attempt rates of 40% among transgender people where there are no [medical] interventions offered, and so we know that’s a failed strategy,” Safer said.

Now, most medical professionals offer trans patients hormones and surgeries to change their bodies to match their gender identities. Surgeons can construct a penis (phalloplasty) or vagina (vaginoplasty), augment or remove the breasts, and feminize or masculinize the face with plastic surgery.

The procedures are long, complicated, and often painful. Vaginoplasty, for example, is asix-hour surgery with a recovery time ofup to a year and a half, while phalloplasty has a similar recovery time and can take as long as 12 hours in the operating room.

But they’re known to work, and they can save lives by helping trans people feel comfortable and safe in their own skin.

“It is a life or death thing,” Claire said. “It feels like you can’t breathe when you’re not allowed to just be yourself and be comfortable in your own skin.”

Nonetheless, many transgender people don’t get surgery, by choice or because they can’t afford the cost.

Trans-related surgeries can cost tens of thousands of dollars, yet insurance companies don’t always cover them 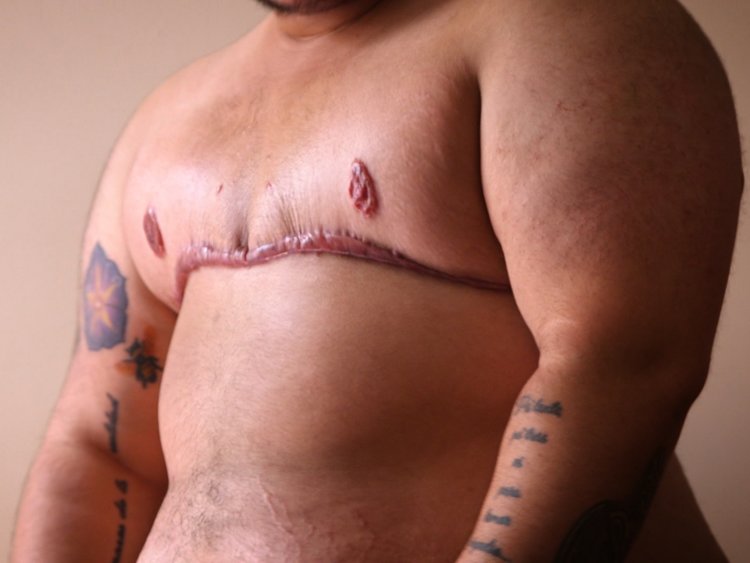 Bilateral mastectomies for transgender men can cost as much as $10,900, according to the Philadelphia Center for Transgender Surgery.Brett Jordan/Business Insider

While cost estimates vary widely, the Philadelphia Center for Transgender Surgeryestimates that “bottom surgery” costs about $25,600 for male-to-female patients and about $24,900 for female-to-male. The center provides estimates for other common trans-related surgeries, such as breast augmentation ($9,000), bilateral mastectomy (up to $10,900), facial feminization (up to $70,100), and facial masculinization (up to $53,700).

These are out-of-pocket expenses for an estimated14% of transgender people who are uninsured or whose insurance won’t cover the procedures. And they don’t include the price of ongoing therapy and other medical care, such as visits to a specialist for hormone therapy.

Under the 2014 Affordable Care Act and a handful of other laws with antidiscrimination provisions, insurers are required to cover medically necessary care for trans people. And an increasing number of them do. About 83% of companiessurveyed by the Human Rights Campaign, for example, offer healthcare benefits that cover transgender care, up from 9% in 2010.

Public healthcare providers are also increasingly covering transgender care. Medicare, the US government health program for the elderly and people with disabilities, began covering gender-affirming surgeries about five years ago. Earlier this year,Illinois joined 17 other states and the District of Columbia when it announced that its Medicaid program for people with low incomes would cover gender-affirming surgery. 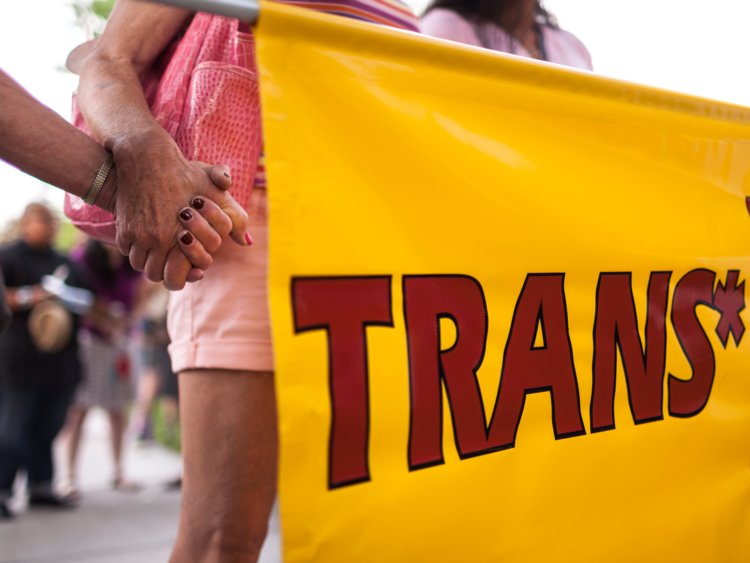 On May 29, 2014, Denee Mallon, a transgender woman who was denied coverage for gender-affirming surgery under Medicare, attended the Trans March to Morningside Park in Albuquerque, New Mexico. The next day a federal health board ruled to dismantle a Medicare ban on the procedure.Craig Fritz/AP

“Access to competent inclusive healthcare for transgender people has increased,” Naomi Goldberg, a policy director at the LGBT think tank Movement Advancement Project, or MAP, said. She credited several recent changes in the US, including “increased understanding about what it means to be transgender,” in addition to “improved medical care and standards, and improved education for healthcare providers.”

But gaps in coverage remain. In Arizona, for example, the American Civil Liberty Unionis suing the University of Arizona for listingexplicit exclusions for “gender-reassignment surgery” in their healthcare plans. According to MAP, several states, including Wyoming and Alaska, have language in their laws that bans coverage of certain treatments for transgender patients in state Medicaid programs, such as what Alaska calls ” transsexual surgical procedures.”

In Alaska, the exclusion is the subject of a court fight and the state declined to comment. Wyoming’s Medicaid director didn’t respond to a request for comment.

“The landscape varies across the states with some states proactively updating their policies, others doing nothing, and others continuing to defend preexisting bans [on trans coverage],” Logan Casey, a policy researcher at MAP, said. “So even though the ACA should mean medically necessary care is covered, the reality on the ground is quite different from state to state.”

Casey and other experts familiar with transgender care point out another problem: The definition of “medically necessary” in healthcare plans typically excludes a number of procedures, including breast augmentation, body contouring, and facial feminization. Insurers often refer to these surgeries as cosmetic and won’t pay for them.

Insurers have always categorized these procedures as cosmetic when the patient is cisgender, meaning they identify with the gender they were designated at birth. But according to Safer, they can be medically necessary for trans people, by helping alleviate dysphoria. They can also make trans peopleless likely to be targets of violence, he said.

“If a significant point for [a trans woman] is to be able to walk down the street and be treated appropriately according to her gender identity, then having a feminine face is going to be enormous, both for how she’s treated and, frankly, for safety,” Safer said.

In a2015 survey, 55% of more than 27,000 transgender people reported being denied coverage for at least one gender-affirming surgery. 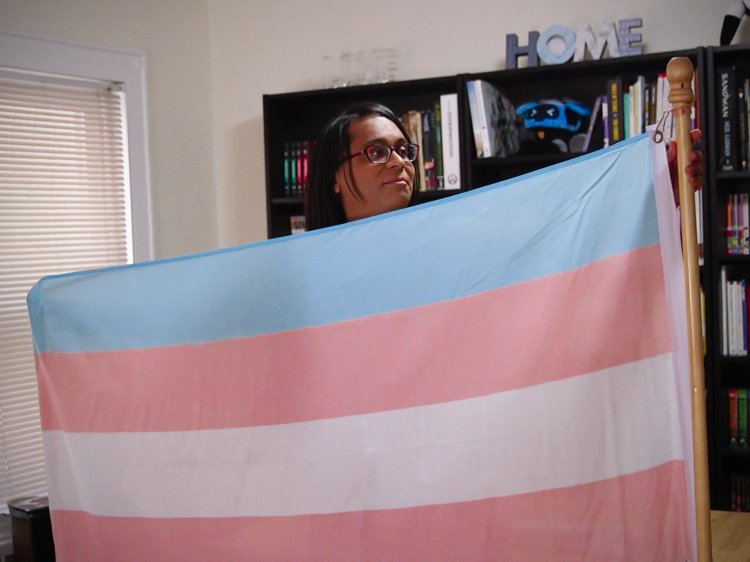 Earlier this year, Claire’s insurance provider refused to cover a scheduled breast augmentation, which can cost about $9,000.Brett Jordan/Business Insider

Claire gets her health insurance from one of the largest insurance providers in the US. (She asked that Business Insider not identify the company, saying it may weaken her case for an appeal in the future.) Her insurer covered a vaginoplasty in 2018, but the company refused to cover a breast augmentation she had scheduled for earlier this year, she said, even after appealing the denial.

“They came down hard and said no,” she said. “Now it means that if I want to get that procedure, which I need, so I can feel comfortable with myself, just to be able to stand in the mirror and look at myself, I’m going to have to pay out of pocket.”

To pay for procedures that insurers consider cosmetic, transgender people often seek help from friends or turn to crowdfunding platforms like Indigogo and GoFundMe. A quick search for “transgender surgery” onGoFundMe, for example, yields more than 3,000 results. The site offers aguide on how to fund “gender-confirmation surgery.”

‘Cis guys don’t have to pay for their penises’

Emmett J. Lundberg, an actor in New York City, said he raised about $5,000 on the fundraising site Indiegogo in 2013 to help cover the cost of top surgery.

“I was lucky to have a lot of people in my life that were able to contribute to that, but I still had a lot of extra costs,” he said. Those don’t stop at medical procedures. There are a lot of other expenses most people never have to think about, such as chest binders and prosthetic genitals for transgender men.

“I mean cis guys don’t have to pay for their penises,” Lex, a trans man, said. 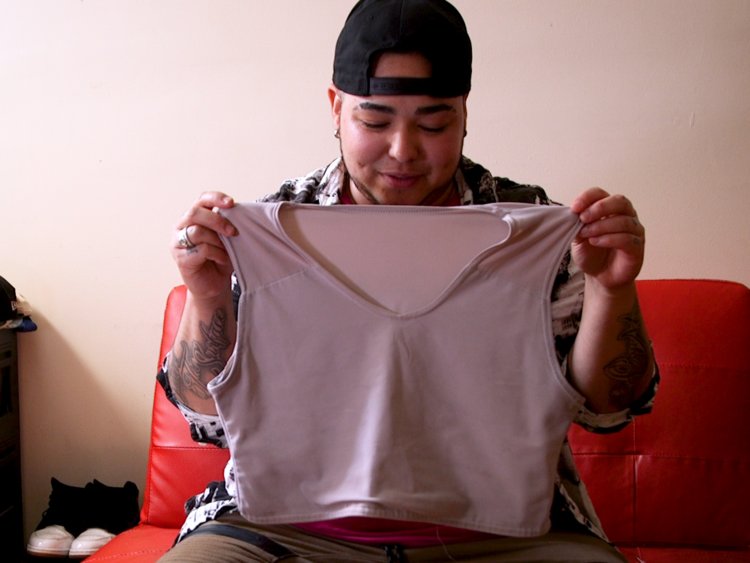 There can also be fertility treatments, new clothes for after surgery, and hair removal — lots of hair removal, Claire said.

“The most expensive thing for a trans woman is hair removal,” Claire said. “You have to go every week,” she said. “It’s about $75 to $100 every session. That’s just for your face. And you could be doing this for anywhere from three to seven years.”

It comes to the point where you can drown in debt from these expenses, Claire said.