Home » Science » 'This story is officially nuts': Russia thinks someone with a drill caused the recent air leak on the International Space Station — and an alleged NASA photo is convincing 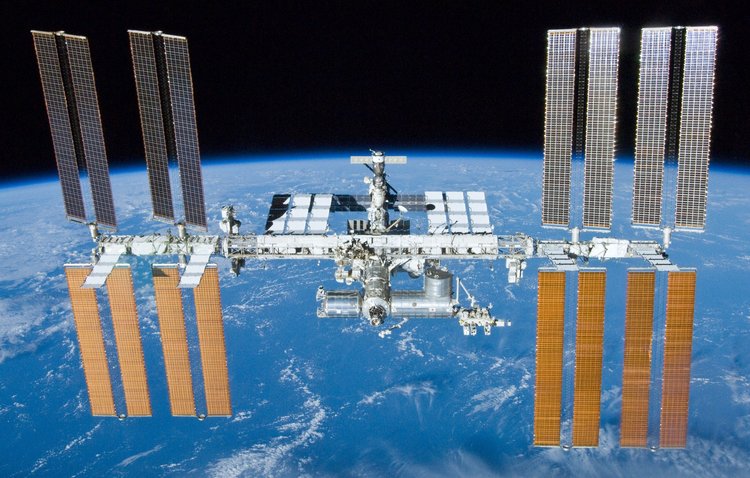 NASA on Wednesday announced that the International Space Station (ISS) had sprang a “minute pressure leak” in orbit some 250 miles above Earth.

By the end of Thursday, the crew temporarily plugged the flea-size hole with a thumb, then covered it with tape, and finally made a permanent fix to the $150 billion space station with a bit of epoxy-resin glue.

NASA said “the crew was never in any danger” during the leak and repair.

But the story took a bizarre turn on Monday when Dmitriy Rogozin, the head of Roscosmos, Russia’s space agency, alluded to possible sabotage — maybe even in space. 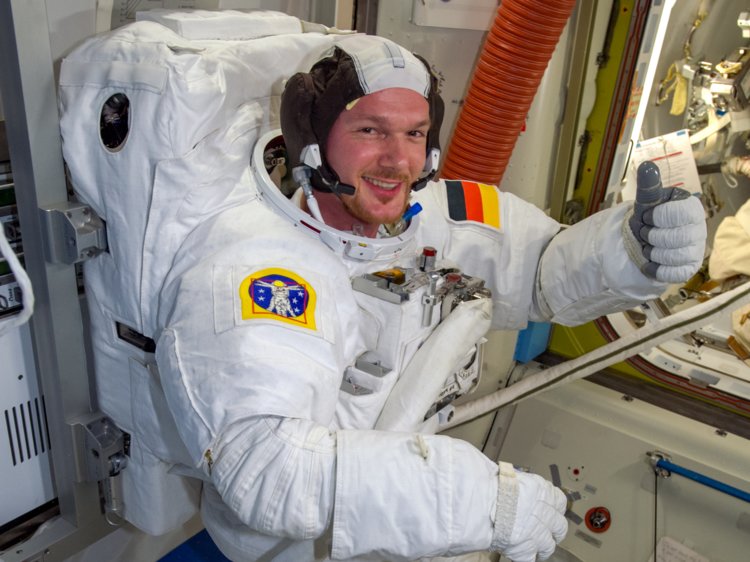 ESA astronaut Alexander Gerst gives a thumbs-up before a spacewalk outside the International Space Station.ESA/NASA“We are checking the Earth-bound version [of events], but there is another version which we are not ignoring: intentional action in space,” Rogozin said, according to a translated version of an article published by RIA Novosti, a Russian state-operated media outlet. “There are traces made [by] several attempts to drill a hole.”

A tiny, high-speed rock or piece of space trash, sometimes called a micrometeorite, was the leading suspect for the cause of the hole and leak.

But Rogozin reportedly said that an investigatory commission had ruled out a micrometeorite strike and narrowed the cause down to “a technological mistake of a technician” since “it is clear that the damage was caused from inside the spacecraft.”

“We can see the mark where the drill bit slid along the surface of the hull,” Rogozin said, according to RIA Novosti. “But where did it happen? On Earth or in orbit?”

The only “technicians” in space are astronauts and cosmonauts who build, work in, and service the space station.

NASA’s response to claims of possible sabotage in space

Left: A hole that appears drilled into part of a Soyuz spacecraft at the International Space Station. Right: A patch made by the crew using epoxy.NASA via Chris Bergin/Twitter

NASA wrote about the discovery of the leak, its temporary fix, and the final repair in three blog posts published last week.

In response to the what Rogozin reportedly said on Monday, the US space agency has kept quiet. Several NASA officials contacted by Business Insider declined to answer additional questions or comment directly on the accusations.

“Roscosmos has convened a State Commission to conduct further analysis of the possible cause of the leak. Please contact them for details,” two officials responded by email.

However, NASA said it “will support the commission’s work as appropriate,” referring to the investigation by Roscosmos.

Roscosmos did not immediately respond to Business Insider’s questions about the incident or its investigation.

Why the leak may have sprang now The International Space Station’s configuration as of August 22, 2018.NASA

NASA said the hole in the space station was found “in the orbital compartment, or upper section, of the Soyuz MS-09 spacecraft attached to the Rassvet module of the Russian segment of the station.” That’s shown in the center-bottom of the diagram above.

The Soyuz MS-09 spacecraft launched toward the ISS on June 8 carrying cosmonaut Sergey Prokopyev, ESA astronaut Alexander Gerst, and NASA astronaut Serena M. Auñón-Chancellor. Importantly, NASA says the hole was not part of the spaceship that crew members will use to eventually return to Earth.

“We cannot say exactly what happened,” Rogozin reportedly said, adding that Roscosmos’ investigatory commission would ultimately find the cause of the leak and “the full name of who is at fault.”

While the investigation continues, spaceflight experts and aficionados are entertaining their own guesses.

On Monday, Bergin said on Twitter that the “the nearest thing” to a drill that astronauts or cosmonauts might use during an extravehicular activity (also called an EVA or spacewalk) is an electric screwdriver called a pistol grip tool.

“I honestly can’t remember the last time I saw a Russian EVA even use such a thing,” Bergin said. “All my money is on some ground tech messing up and trying to cover up his/her mistake.”

In other words, the part that launched in June may have been accidentally dinged up by one of its builders, then covered up with something like paint — only to spring a leak months later.

Such a goof isn’t hard to imaginable. Energia, the company that manufactured the Soyuz spacecraft for Roscosmos, has — in the past — reportedly fired at least one employee for accidentally drilling “completely through the hull of a re-entry module” and trying to conceal that mistake with glue, according to an article published Monday by the Russian news site Gazeta.ru (which we first heard about from Ars Technica).

“I think we’re all missing something, including Roscosmos,” Bergin said in a tweet on Monday night. “This story is officially nuts.”

This story was updated with new information.