This month, researchers on Lord Howe Island in Australia have reported that their plan to reintroduce a species of near extinct bird after what they described as the largest ever rodent eradication program on an island has been a success.

The Lord Howe woodhen is a small flightless bird that had lived peaceably  for thousands of years on the picturesque tourist island a little less than 400 miles northeast of Sydney.

In the summer of 2019, the island’s woodhen populations were threatened by an explosion in the rodent population, which topped 360,000—more than 1,000 for every one of its 350 human residents. 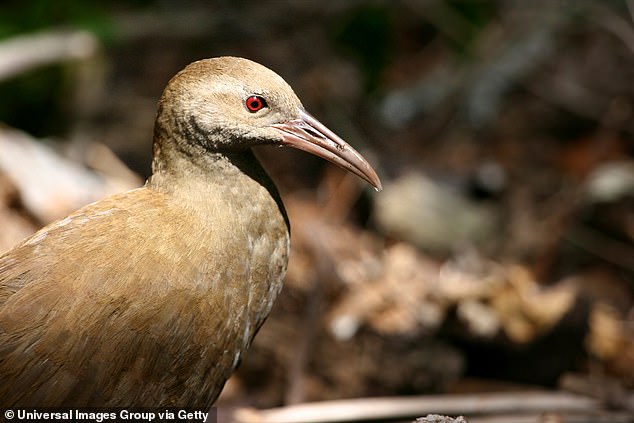 The Lord Howe woodhen were threatened with extinction for the second time last year, after the island’s rodent population exploded

The woodhens had already survived one extinction scare in the early 1970s, when their numbers dwindled to fewer than 30, thanks to a mix of human hunting, and owls, feral cats, and hogs.

To prevent a second potential extinction crisis, researchers decided to instead move forward with a radical plan to wipe out the island’s rodent population.

A group of workers from Sydney’s Taronga Zoo captured around 230 woodhens and kept them in specially designed enclosures, alongside currawong, another subspecies of island bird that was targeted by rodents.

‘We had to sit down and work out what to feed them and how to look after them, and how many staff we would need and what kind of facility we would need to construct,’ project supervisor Michael Shiels told ABC.net.

‘The enclosures had to be mouse-proof and rat-proof and safe for the birds.’ 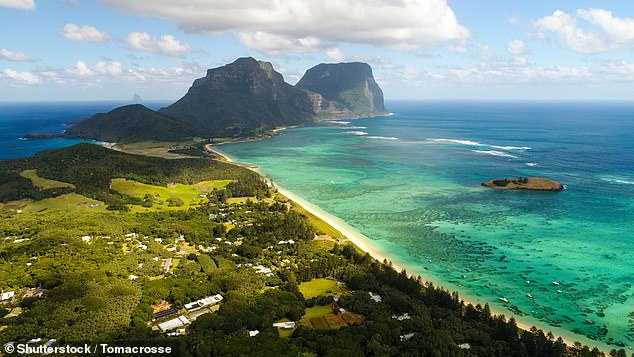 Lord Howe Island is a small is a small but popular tourist attraction a little less than 400 miles off the coast of Sydney, with just 350 local residents

Meanwhile, the team placed poisoned grain pellets inside some 22,000 small locking traps and distributed them around the island, using helicopters to drop them into some of the otherwise difficult reach mountainous regions.

Over the course of several months, the rats and mice were killed after trying to eat the toxic pellets.

In the fall the researchers began reitnroducing the woodhens to their natural habitat via helicopter, mainly the remote mountaintop regions where they’d previously settled.

The team believes the woodhen will continue to thrive without the threat of rodents because there aren’t any other major natural predators of them on the island. 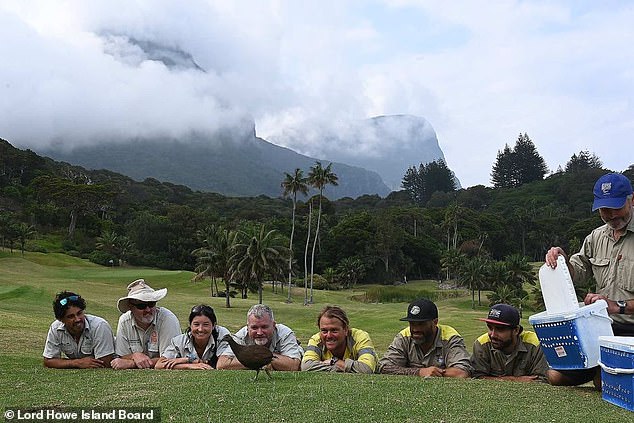 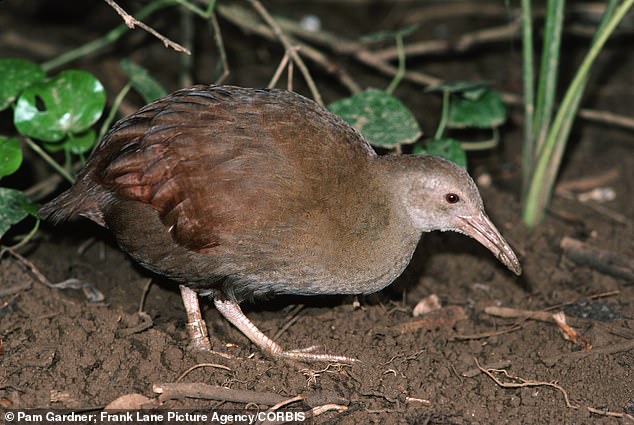 After safely reintroducing the woodhen to its natural habitat, researchers have turned their attention to studying the effects of the rodent extermination on the island’s ecosystem

It’s unclear, however how eliminating the island’s rodent population will affect the island ecosystem.

The team has begun gathering data for a separate study to see what exactly those long term consequences will be.

‘An ecosystem is really the interaction of various species, so if you then take out a huge biomass, which the rodent eradication is doing, obviously that will change the entire ecosystem,’ one of the researchers, Dr. Melanie Massaro of Charles Sturt University, said.

WHAT IS THE STATE OF THE EARTH’S SPECIES?

– Two species of vertebrate, animals with a backbone, have gone extinct every year, on average, for the past century.

– Currently around 41 per cent of amphibian species and more than a quarter of mammals are threatened with extinction.

– There are an estimated 8.7 million plant and animal species on our planet and about 86 percent of land species and 91 percent of sea species remain undiscovered.