When Jessica Yorzinski chased great-tailed grackles across a field, it wasn’t a contest to see who blinked first. But she did want the birds to blink.

Dr. Yorzinski had outfitted the grackles, which look a bit like crows but are in another family of birds, with head-mounted cameras pointing back at their faces. Like other birds, grackles blink sideways, flicking a semitransparent membrane across the eye. Recordings showed that the birds spent less time blinking during the riskiest parts of a flight. The finding was published Wednesday in Biology Letters.

Dr. Yorzinski, a sensory ecologist at Texas A&M University, had been wondering how animals balance their need to blink with their need to get visual information about their environments.

Humans, she said, “blink quite often, but when we do so we lose access to the world around us. It got me thinking about what might be happening in other species.”

She worked with a company that builds eye-tracking equipment to make a custom bird-size headpiece. Because a bird’s eyes are on the sides of its head, the contraption held one video camera pointed at the left eye and one at the right, making the bird resemble a sports fan in a beer helmet. The headpiece was connected to a backpack holding a battery and transmitter.

Dr. Yorzinski captured 10 wild great-tailed grackles, which are common in Texas, to wear this get-up. She used only male birds, which are big enough to carry the equipment without trouble. Each bird wore the camera helmet and backpack while Dr. Yorzinski encouraged it to fly by chasing it across an outdoor enclosure. 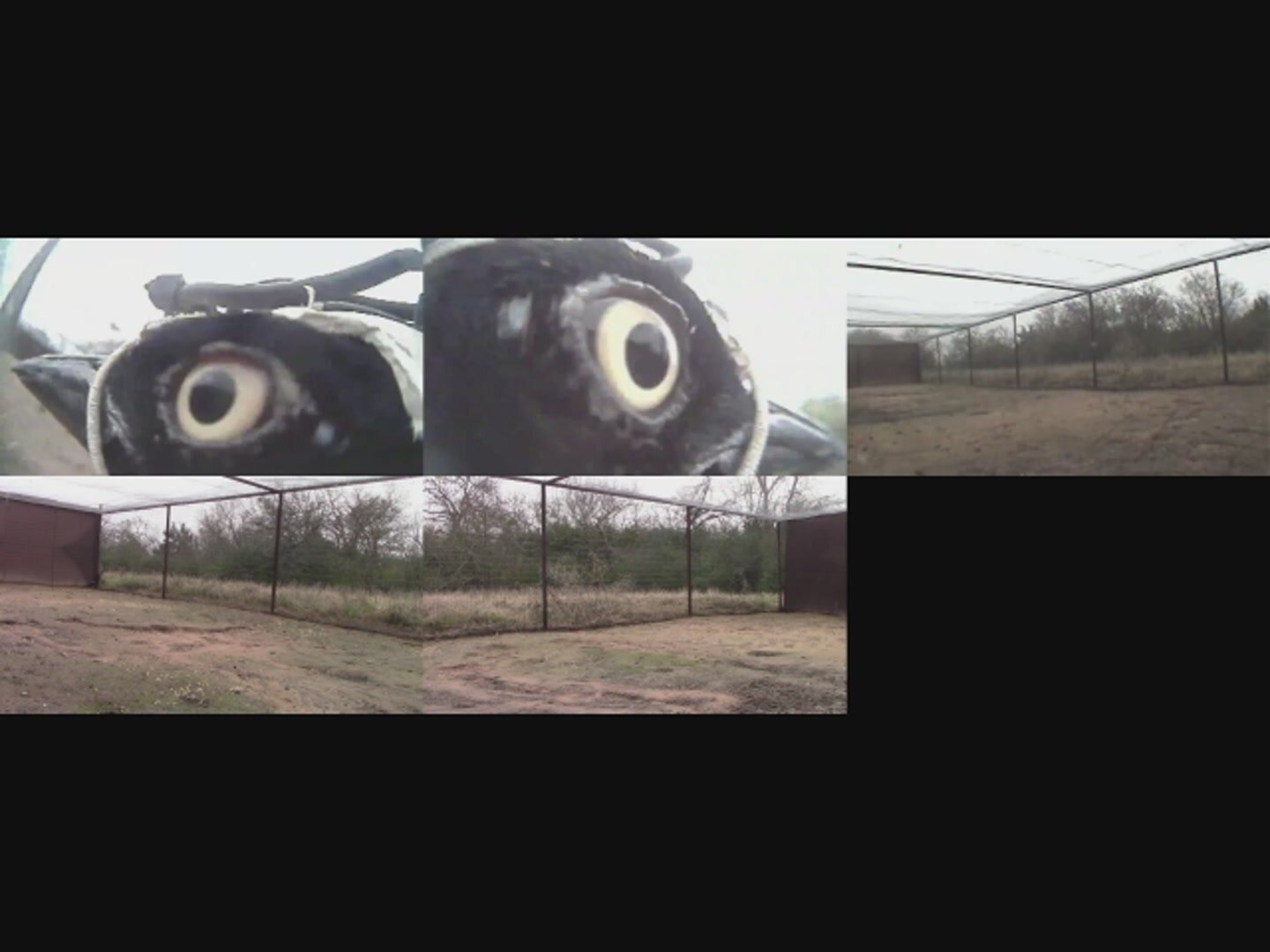 Afterward, she broke down the flight videos into stages, from standing and taking off to landing again. She said she saw “clear patterns.” While the birds were in flight, their blinks were quicker than when they were on the ground. And just before landing, they barely blinked.

“Maximizing the visual input they get during these critical stages of being in flight and landing makes a lot of sense,” she said. During rapid flight, colliding with another object could be disastrous. Choosing a landing spot is also risky. Think of a bird alighting on a branch, Dr. Yorzinski said: “If they were off a little, they might be landing on nothing and fall to the ground.”

She also saw that the birds blinked most often at the moment they hit the ground. This might have been because they needed to blink after holding their eyes open, or to protect their eyes from debris. Dr. Yorzinski plans to do further experiments with birds navigating different environments, such as a forest setting with more obstacles.

Graham Martin, an emeritus professor of avian sensory science at the University of Birmingham in England, said the study is “an interesting piece of work.” But he pointed out that the flights Dr. Yorzinski observed were only a few seconds long. He doesn’t think there’s enough evidence yet to say anything broadly about how birds alter their blinks in flight.

“I think we need to see samples of blinking behavior during longer flights and in other species before any general conclusions are possible,” he said.

Human pilots aren’t exactly like birds, but Dr. Yorzinski said the parallels are interesting. During risky maneuvers, grackles may benefit from keeping their eyes open. “I think it’s quite remarkable that they’re able to adjust their blinking at this fine scale during times when it’s so important for them to be aware of the environment around them,” she said.