Trainee teachers ‘see black children as more angry’ than white youngsters who are more likely to get a ‘free pass’, study claims

Trainee teachers are more likely to see black children as being ‘more angry’ than white youngsters, regardless of their actual emotional state, a study has concluded.

US researchers showed prospective teachers clips of young child actors performing different emotions — and asked them to identify the expressions that they saw.

The participants were found to be 1.36 times more likely to misinterpret a black child’s expression as anger than they were with white children.

Moreover, the psychologists found that black girls were more often misunderstood in this way than their male counterparts.

The findings indicate that the impacts of what the team had previously termed ‘racialized anger bias’ are not confined to black adults. 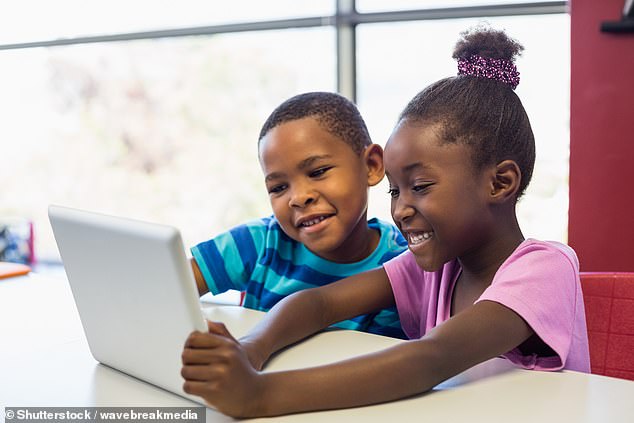 Trainee teachers are more likely to see black children as being’ more angry’ than white youngsters, regardless of their actual emotional state, a has study concluded (stock image)

‘We saw this happening to black adults in earlier research. Now this finding highlights the urgent need to address conscious and unconscious bias in educators.’

‘The level of bias we found here could have significant adverse effects on children in classrooms.’

‘We already know that black students experience many more suspensions, expulsions and disciplinary actions than white students, often for the same behaviour.’

‘This study suggests that misperceiving anger — even at an unconscious level — could play a significant role in that disparity.’

In their study, the researchers surveyed 178 trainee teachers from the south-east of the United States.

The cohort was similar to the demographics of American public school teachers.

Specifically, 70 per cent of the participating teachers-in-training were white and 89 per cent were women.

Each trainee was shown 72 short clips of child actors of elementary school age — that is, between the ages of 6–11 years — each performing a single emotion such as anger, fear, sadness, happiness and surprise.

The clips featured equal numbers of black and white children, as well as boys and girls.

Participants were asked to identify the emotion on display in each clip, alongside answering a series of questions intended to asses each trainee’s explicit and subconscious racial biases.

The researchers found that the trainee teachers were 1.36 times more likely on average to exhibit anger bias towards black children than against their white peers. 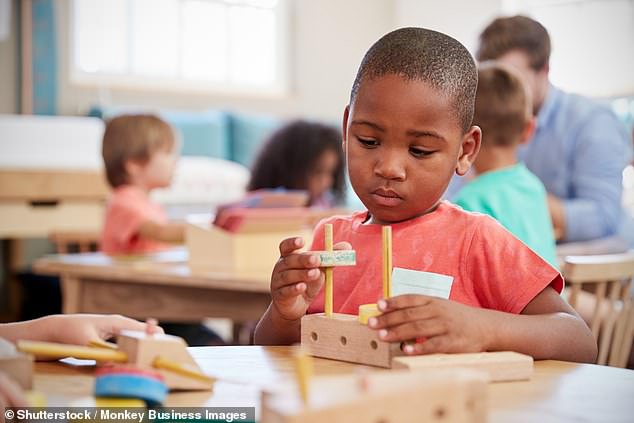 Men are more likely to be seen as ‘brilliant’ than women

Men are more likely to be regarded as ‘brilliant’ than women and it is an ‘innate bias’ that is holding back gender equality around the world, a new study claims.

Researchers say this ‘brilliance’ stereotype could be linked to more men than women working in fields associated with being brilliant such as science and technology.

Male and female volunteers of all ages and from 78 countries were shown a series of images linked to men, women and the ‘brilliance’ trait and asked to link them.

The strength of the ‘brilliant’ stereotype rivalled other deep-rooted biases linking women to certain careers and the family, study authors discovered.

When quizzed directly the research subjects actually linked women with brilliance more often than men – but an ‘indirect approach’ demonstrated the opposite.

‘Essentially, we found that prospective teachers are more likely to view black children as being angry, even when they’re not,’ Professor Halberstadt said.

‘In other words, if the teacher had higher levels of explicit or implicit racial bias, they were a bit more likely to give white kids a “free pass”.’

‘This study suggests anger bias against black children is alive and well among future teachers, and might play a role in the disciplinary discrepancies we see in schools.’

‘As this seems to be another form of systemic racism, we need to find meaningful ways to address this type of bias. Otherwise we are doing a disservice to our kids.’

The researchers also found that black girls were especially misunderstood as a result of racialized anger bias, with the trainee teachers found to be 1.74 times more likely to mistake their expressions for those of anger than with a white girl.

In contrast, black boys were 1.17 times more likely than white boys to be perceived as being angry when they were not.

‘Although never statistically examined before, the misperceptions of black girls’ anger verifies qualitative research of black girls’ and women’s experiences — that they too are seen as angry when they are not,’ Professor Halberstadt concluded.

The team noted that higher levels of racial bias did not make it more likely that the trainee teachers would exhibit racialized anger bias against black children — however, it did make them less likely to interpret white children as being angry.

The full findings of the study were published in the journal Emotion.