Home » Science » Trees are 'getting shorter due to climate change'

Trees are ‘getting SHORTER due to climate change’ as higher temperatures stall photosynthesis and stunt their growth, study suggests

Trees are getting shorter due to climate change with their size dropping drastically over the last century alone, a landmark study has claimed.

Increases in the number of wildfires, droughts and insect swarms – along with ongoing human devastation – have shortened the lifespan of majestic oaks, beeches, conifers and other trees.

Meanwhile, rising carbon dioxide levels have offered little respite to older trees as they only increase growth in young forests with abundant nutrients and water. 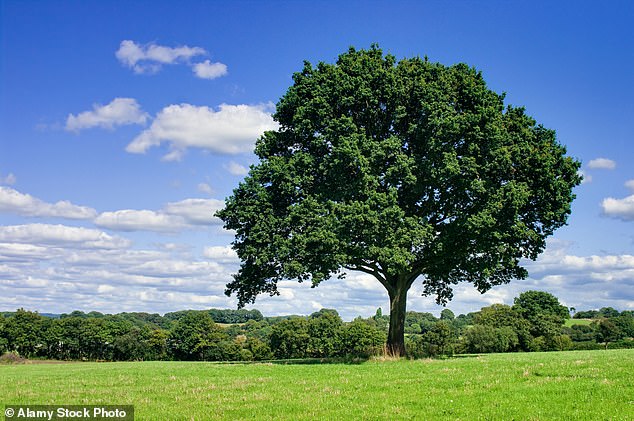 Trees have been losing height over the last century due to climate change, a study has claimed. They are expected to get even shorter due to reduced lifespans

Arborists in an international team including the University of Birmingham made the claims after studying records of tree size and land use from across the world.

They warned the devastation showed no sign of stopping with forests continuing to be altered into the ‘forseeable future’.

Forests have already changed, they said, and will likely continue to be altered by the loss of the area and stature of old-growth forests globally.

The continuing loss of trees will also make it harder for areas to recover, they said, as there will be fewer new seedlings, less growth and higher mortality among those remaining.

The proliferation of managed forests – where trees are cut down early for use as biomass fuel at Christmas and for other uses – could also impact the height of trees worldwide.

‘A future planet with fewer large, old forests will be very different than what we have grown accustomed to. 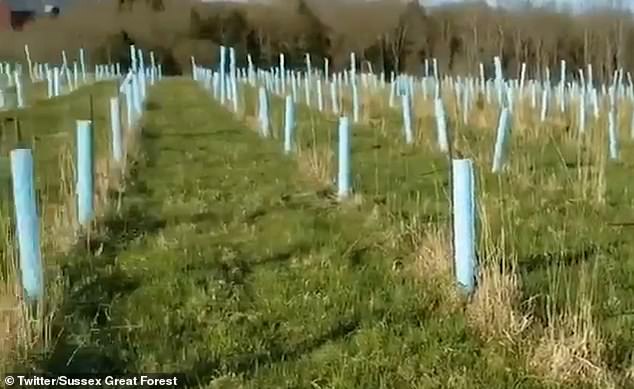 The introduction of managed woodland, pictured, will also change the appearance of these habitats as fewer older trees will be present

The University of Birmingham’s Dr Tom Pugh said: ‘This study reviews mounting evidence that climate change is accelerating tree mortality, increasingly pushing the world’s forests towards being both younger and shorter.

‘This implies a reduction in their ability to store carbon and potentially shifts in the mix of species that compose and inhabit these forests.

‘This is likely to have big implications for the services those forests provide, such as mitigating climate change.

‘Increasing rates of tree mortality driven by climate and land-use change, combined with uncertainty in the mix of species that will form the next generation, pose big challenges for conservationists and forest managers alike.’

Wind damage and forest harvest were also named among threats to trees.

The paper, Pervasive shifts in forest dynamics in a changing world, was published in Science.