Twitter is making it easier for users to tweet when they may have trouble finding the right words to say.

The social media giant announced it will now allow users to add photos, videos and GIFs to retweets.

Before the announcement, users could only reply to or compose a new tweet with photos or videos.

Twitter said it will now allow users to add photos, videos and GIFs to quote retweets. Before the announcement, users could only reply to or compose a new tweet with photos or videos

Users had been urging Twitter to enable this capability for many months prior to Monday’s announcement.

‘Starting today, you can do something new with your Retweets – add a GIF,’ Twitter said in a statement yesterday.

‘Now, the same photos, videos, and GIFs that you add to a Tweet can be added to a Retweet, making it easier to share what’s on your mind and join the conversation when you can’t find the right words.’

To take advantage of the tool, users hit the retweet button, then select ‘Retweet with comment.’

From there, users can select the GIF button or the image button and choose their favorite image or short clip, then hit ‘Retweet’ as they would normally.

The feature is currently only available for iOS and Android mobile users, in addition to Twitter’s mobile site, but it’s possible that the firm could roll it out for desktop users in the future. 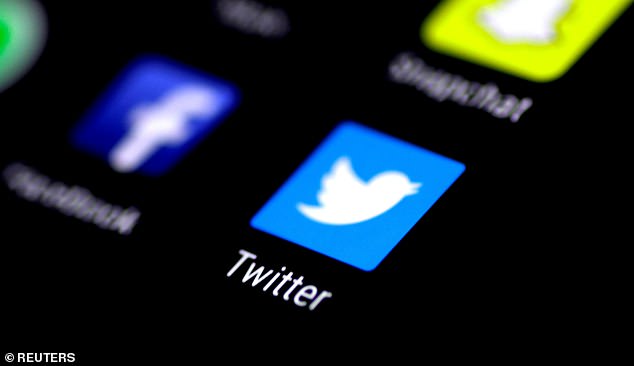 In order to prevent your timeline from getting overwhelmed by a mess of images, Twitter said it redesigned how retweets with media appear when you scroll through the site

Rolling out the tool involved tackling some complex design decisions, according to the company.

In order to prevent your timeline from getting overwhelmed by a mess of images, Twitter said it redesigned how retweets with media appear when you scroll through the site.

‘We found it was challenging for people to quickly understand all the content in a Retweet with media,’ the firm said.

‘This was due to the layout; two large tweets stacked on top of each other.’

To solve this, Twitter has indented the original tweet in a smaller box below a retweet with media, to make it easier on users’ eyes as they browse.

It comes as Twitter has been testing a raft of new features aimed at improving the user experience in its beta app, Twttr.

The company says testing out features in beta will help it decide whether to roll them out officially.

No word yet on whether that means Twitter is closer to launching an edit button, however.

In September Twitter announced is testing Facebook-style replies and status indicators that show you who is online.

The update colour-coordinates replies to make response threads easier to navigate, while new status lights shine green to indicate you are logged on.

The changes, only available to a select number of trial users for now, are part of the social media giant’s efforts to make its platform ‘more conversational’.

In August Twitter built a new tool that suggests people to unfollow on its social network.

The firm says the feature is designed to help users remove accounts from their timeline they rarely interact with, creating a ‘more relevant’ experience.

It was tested by the social media giant on a small batch of users but it is not known if or when it will be rolled out.

Also in August, Twitter started banning a huge number of accounts, with many users taking to the site to bemoan the loss of hundreds of followers in a single day.

The cull had such an impact on numbers that the ‘Twitterverse’ was swept with the hashtag #TwitterPurge.

It marks the latest in a string of moves from the site to clean up the platform as the San-Francisco based firm now places a premium on integrity among its users.

In June Twitter overhauled the way users tune into live experiences on the app, particularly the Explore and Moments tabs in its app.

It also made it easier for users to identify political campaign ads.

They created the ‘Ads Transparency Center’ which allows anyone to view ads that have been put on Twitter, with greater transparency about US federal election campaign ads.

In May it was revealed Twitter is building a tool that allows users to send secret messages to one another.

The feature, called ‘Secret Conversation,’ was buried inside Twitter’s Android application package, which often contain code for tools that a company may be in the process of testing, according to TechCrunch .

The code was first spotted by Jane Manchun Wong, a computer science student at the University of Massachusetts Dartmouth, who tweeted that it appeared Twitter may be working on ‘end-to-end encrypted secret direct messages’.

In March Twitter confirmed it was introducing a new algorithmic news feature to timelines.

The feature is being curated by humans for now, but eventually it will be strictly algorithmic.

The curated timelines show up as a module on the top of users’ news feeds.

In February the company updated the app so it was easier to save tweets and read them later.

The social media giant launched a new bookmark feature for all users around the world.

When they want to find it later, tap ‘Bookmarks’ from the profile icon menu.