ET researchers analysing NASA images believe they have found the elusive proof of aliens. The ‘proof’ comes in the form of a strange anomaly on the Moon, which some are claiming to be a giant dome. The claim was made by prominent UFO hunter Scott C Waring, who said many of us would have ignored the apparent dome as our eyes are not trained to see it.

But, Mr Waring has claimed the dome is unlike anything found on Earth, and is a “bioengineered structure” which is grown rather than built, so aliens don’t have to waste their time constructing it.

What’s more, Mr Waring argues the dome can double up as a space ship.

Mr Waring wrote on his blog ET Database: “I found an alien structure with great design on the edge of a crater on Earth’s Moon.

“I used a photo map program, took a screenshot, enlarged it 5X, removed the pixelation and coloured the structure so you could see it more easily. 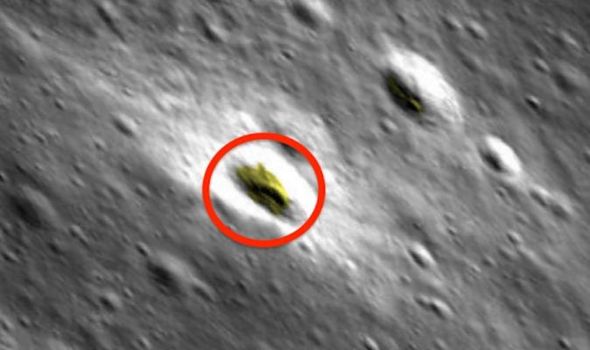 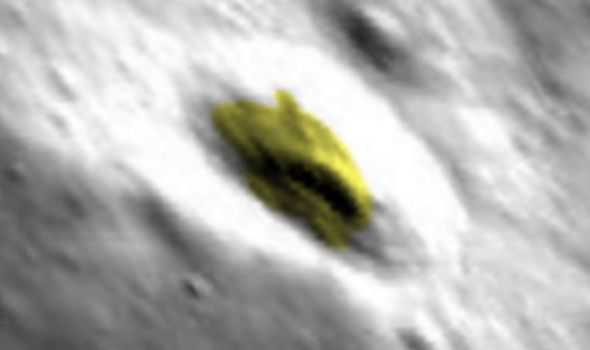 “Our eyes are not used to seeing in black and white so 75-80% of people would have trouble noticing the structure without the yellow colour.

“I believe this structure to be grown, a bioengineered structure.

“Most alien species are so advanced they don’t want to bother making things the old fashioned way, so growing their structures saves them time, time in which they could use doing other activities.

“Notice the wing on the top. The opening in the front. It’s a structure but also a spaceship that can be moved from place to place.” 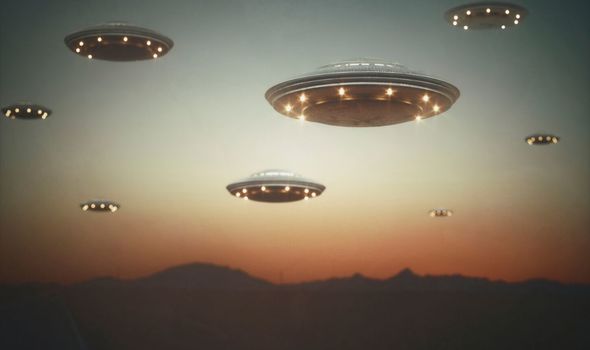 Some conspiracy theorists claim the Moon could be occupied by aliens and say that is the reason NASA has not returned since the Apollo missions ended in 1972.

They suspect findings such as this supposed base and other anomalies could be monuments built by an ancient alien civilisation similar to the pyramids and other structures on Earth.

NASA said: “Pareidolia is the psychological phenomenon where people see recognisable shapes in clouds, rock formations, or otherwise unrelated objects or data. There are many examples of this phenomenon on Earth and in space.”