The mystery UFOs or unidentified flying objects were spotted over southern Connecticut 15 years ago today (July 20). An eyewitness described the UFOs as dark oblongs that silently hovered in the sky. Now, 15 years after the UFO sighting was made, the eerie photograph was dug up once again by conspiracy theorist Scott C Waring.

Mr Waring shared the photo to his blog ET Data Base where he said: “We learn from the past to understand the future sightings.

“They made no sound. They floated slowly. They were dark with some lights.

The UFOs were seen on July 20, 2005, by two people cycling through Cockaponset State Forest in the southern part of the US state. 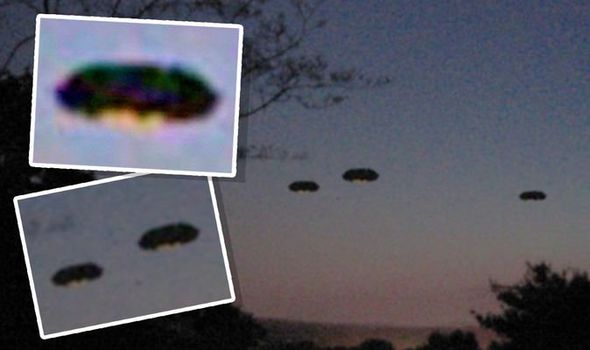 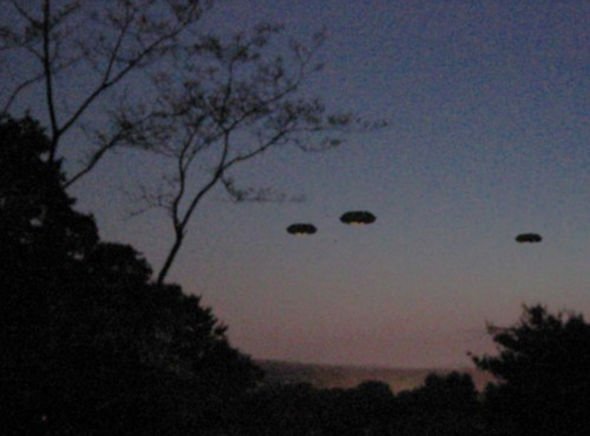 The original eyewitness statement reads: “Last week, my friend and I were mountain biking in the Cockaponset State Forest. I think it’s in Middletown.

“We were riding for a couple of hours and were close to the Connecticut River and not far from the power plant (I think). It’s hard to tell on the trail.

“It was getting dark and were taking a short break before heading back to our cars.

“At first I didn’t even notice these things until my friend pointed them out.”

They made no sound. They floated slowly

The UFOs were described as dark oblongs shapes with some lights.

The lights were not bright and the hovering objects did not appear to make any noise.

The eyewitness said: “They didn’t move for several minutes so I was able to take a few pictures.

“When they left they just floated away slowly.”

DON’T MISS…
Universe’s age discovered in landmark study [INISGHT]
Near-death experience: ‘I thought I was abducted by aliens’ [INSIGHT]
UFO in NASA images: Is this an alien-built dome on the Moon? [PICTURES] 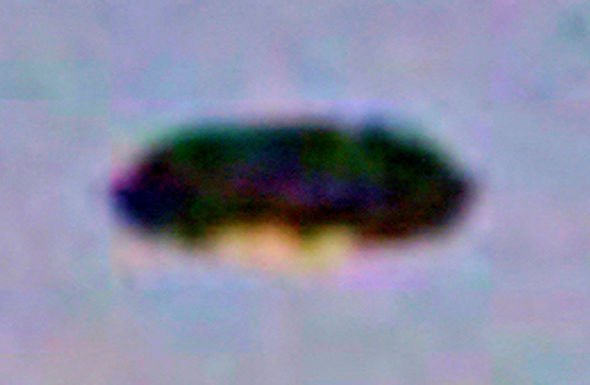 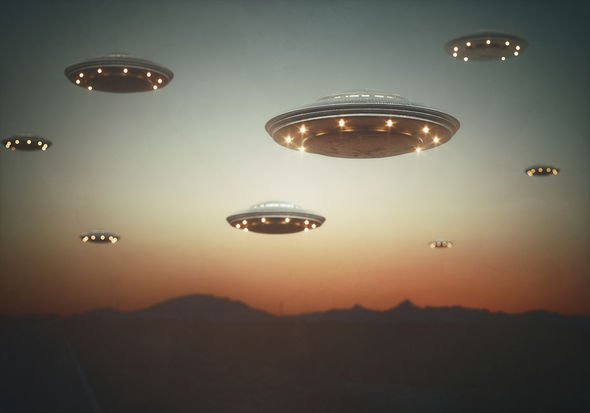 However, the eyewitness did admit the UFOs could have been “helicopters or maybe a blimp of some kind”.

Although unsolved, most experts would agree the three UFOs were not alien but rather the product of pareidolia.

Hailing from the Greek words for besides and form, pareidolia is a bizarre effect that plays tricks on the minds.

People who experience pareidolia will often see recognisable shapes and patterns where they do not exist.

An everyday example of this effect is seeing animal shapes in clouds.

According to neuroscientist Joel Vos, the brain is hardwired to make these connections.

He told Vice in 2015: “If you think about it, anything you see is just a collection of light patterns falling on your retina.

“There’s nothing inherently meaningful about the pattern of lines that make up a coffee cup but as this info flows through the higher portions of the visual system as you get more toward the front of the brain, the hypothesis is that those patterns get matched up with templates for things you see all the time.

“If you see lines that are a cylinder with an arc coming off of it, it’s a coffee cup-like shape, those random features get matched up to these templates and that allows the categorization and object identity and recognition to occur.”