Footage of a mysterious UFO in the night sky above the major Chinese city of Shenzhen has recorded more than four millions views around the world, at the time of writing. The incredible footage of the UFO sighting reveals a large mysterious cluster of lights beaming above the city’s skyscrapers. Viewers of the footage remarked that it was “definitely a UFO”.

The huge cluster of lights were said to resemble an illuminating UFO in the night sky above the southern metropolitan city, which is home to 12.5 million people.

According to the Shenzhen Evening Post, locals noticed the strange light formation in the partly-cloudy night sky on 25 July.

In one clip, a stunned onlooker can be heard saying: “There is a UFO in the sky. This is so strange.”

Other local residents rushed to share videos and images online after capturing the mysterious lights.

JUST IN: China cover up: COVID-19 ‘created in military lab’ not wet market 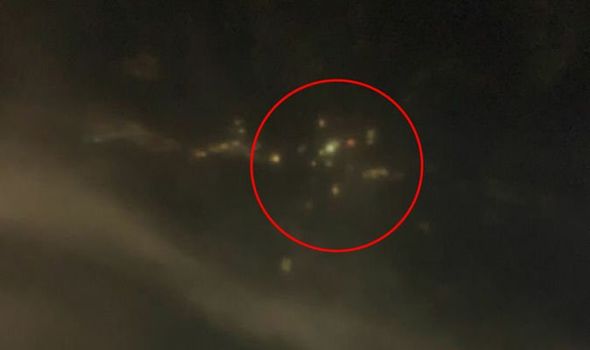 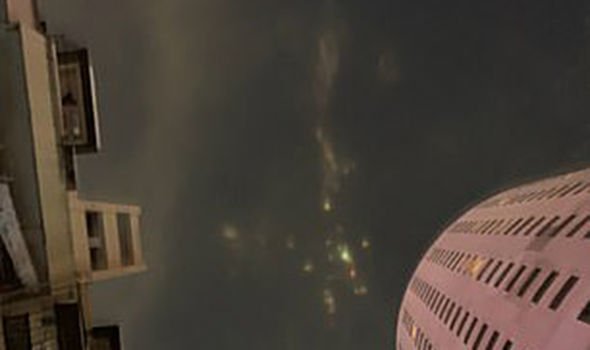 Hundreds of residents who witnessed the strange sightin likened it to “UFOs” and “alien spaceships”.

The residents in Shenzhen were left baffled by the strange sighting, as videos of the event quickly went viral.

The clips even became a trending topic on Weibo, China’s equivalent platform to Twitter.

One person asked: “Could it be some sort of doomsday prediction?” 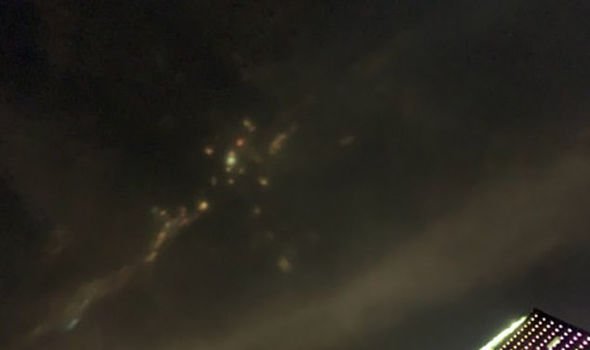 One viewer wrote: “It is definitely a UFO.”

Another noted: “It looks like some object is hiding behind the clouds with all those lights.”

However, Chinese officials have played down the event, claiming it could be explained as light pillars, a rare atmospheric phenomenon. 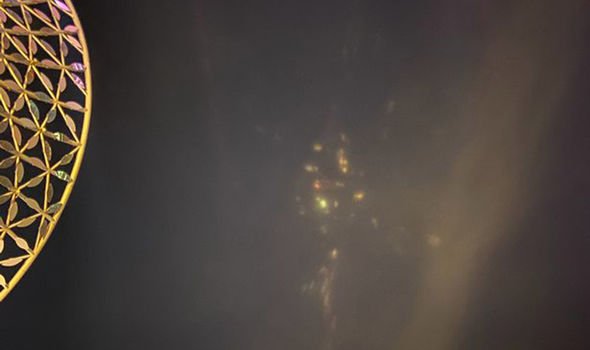 The local weather authorities identified the atmospheric optical phenomenon that occurs when natural or artificial light reflects off flat ice crystals in the air.

The officials from the Shenzhen Meteorological Bureau said in a social media post: “We call these ‘warm night light pillars’. They form in conditions that are even more particular than regular light pillars.

“It wouldn’t occur unless all of the elements were present. You guys who spotted this scene were really lucky.”