Home » Science » Up to 1 million species are facing extinction, according to a new UN report. Without them, we could run out of food.

A growing body of evidence suggests the planet is in the midst ofa sixth mass extinction.

The phrase “mass extinction” typically conjures up images of the asteroid crash that led to the twilight of the dinosaurs. But we are most likely in the middle of another devastating (though perhaps less obvious) extinction event today. The trend is hitting global fauna on multiple fronts, ashotter oceans, habitat loss, andclimate change drive animal populations down on an unprecedented scale.

Today, the United Nations released a summary of a report from its Intergovernmental Science-Policy Platform on Biodiversity and Ecosystem Services (IPBES), which assessed the state of our planet’s biodiversity. The UN’s findings are grim.

Between 500,000 and 1 million plant and animals species face extinction, many within decades, the report said. It estimated that 40% of amphibian species, more than 33% of all marine mammals and reef-forming corals, and at least 10% of insect species are threatened. The report also found that already more than 500,000 land species don’t have sufficient natural habitat left to ensure their long-term survival.

The report points to one factor that’s to blame for this troubling trend: ourselves.

“Human actions threaten more species with global extinction now than ever before,” it says.

Read More:16 signs we’re in the middle of a 6th mass extinction 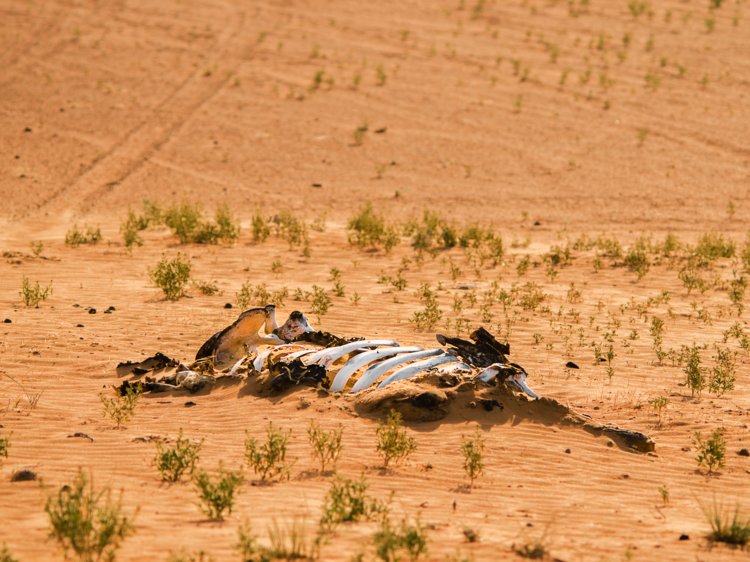 The 1,500-page report is the most comprehensive analysis of its kind, with data aggregated from more than 15,000 academic papers and publications by authors across 50 countries. The work evaluates how many species are threatened by extinction and why, and how many species have already been lost. More than 130 nations, including the US, approved the report summary. The full text is expected to be published later this year.

“This is arguably a long overdue report that brings together signs from every country in the world,” Hugh Possingham, chief scientist of The Nature Conservancy, told Business Insider. “Observing these declines in species abundance is sort of like reading obituaries.”

The report is adamant that human activity is the reason so many species are facing extinction. In particular, the findings highlight a few primary drivers of these declines in animal and plant populations: a warming planet, changes in how people farm and fish, the invasion of alien species, and pollution.

According to the findings, 75% of all land on Earth and 66% of oceans have been significantly altered by people. More than 85% of wetland area has already been lost, and more than 79 million acres of primary or recovering forest disappeared between 2010 and 2015 alone. This disruption and degradation of animals’ natural habitats are undoubtedly accelerating the rate of extinctions, according to the report. 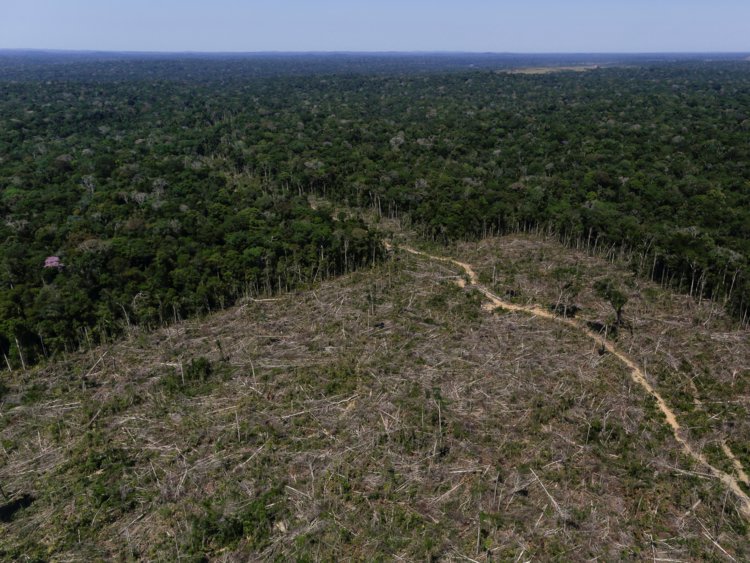 The findings also note that in 2015, one-third of global marine fish stocks were harvested at unsustainable levels. Land degradation, meanwhile, has reduced the productivity of 23% of the planet’s usable land space. And plastic pollution has increased tenfold since 1980, and up to 400 million tons of heavy metals, toxic sludge, and industrial waste get dumped into oceans and rivers each year.

On top of all this, human activity spreads many invasive species, like zebra mussels. People can carry alien species with them between continents, countries, or regions when they travel. Shipments of goods and cargo can also contribute to a species’ spread.

Why having fewer species on Earth is bad news for humans

For Possingham, the report highlights the ways in which declining biodiversity and the human experience are interconnected.

“I think people have just forgotten how many things they get from nature,” he said, adding that accelerating extinctions will “fundamentally affect the global economy and the health of every human being.”

The impacts for humanity could be especially detrimental when it comes to the security of our our global food and water supplies. Insects like bees, hoverflies, and other pollinators perform a crucial role in fruit, vegetable, and nut production. Plus, bugs are food sources for many bird, fish, and mammal species — some of which humans rely on for food.

But according to the report, about 10% of the world’s insect species are in decline. It calculated that the projected declines in the numbers of of wild bees and other pollinators puts at risk up to $577 billion in annual crop production. Similarly,a study published earlier this year found that the total mass of all insects on the planet is decreasing by 2.5% per year. If that trend continues unabated, the Earthmay not have any insects at all by 2119.

In addition to insect declines, the UN report also found that domesticated plants and animals are disappearing: By 2016, almost 10% of domesticated breeds used for food and agriculture had gone extinct, and at least 1,000 more are threatened today. That poses a grave risk to global food security. 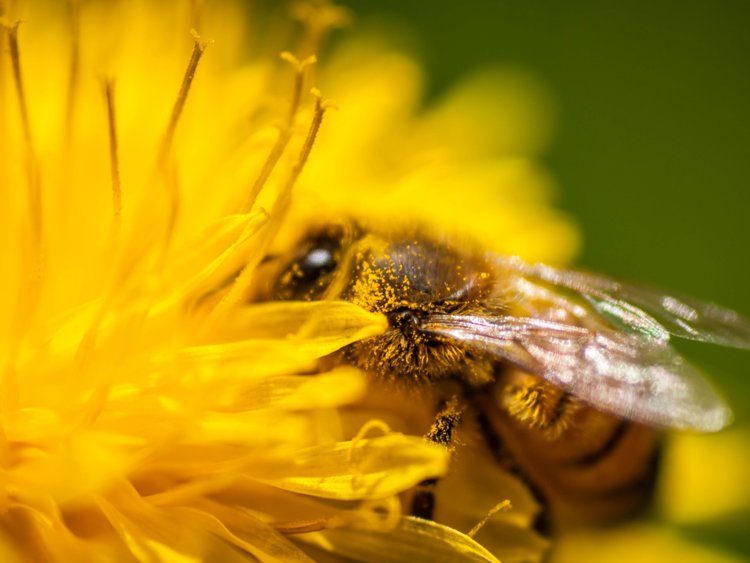 Bees and other pollinators are critical for crop survival.Kamil Porembiński/Flickr

Global demand for food, meanwhile, is rising and will continue to go up. The report’s authors noted that the human population has doubled in the last 50 years. In order to feed that growing number of people (and supply them with other goods and resources), more and more land is needed, which exacerbates habitat loss.

Currently, the world’s population hovers around 7.7 billion, but theUN expects that number to grow to 9.8 billion in 30 years and reach 11.2 billion by 2100. Feeding that many people in a world that’s missing its critical pollinators will be extremely challenging, Possingham said. 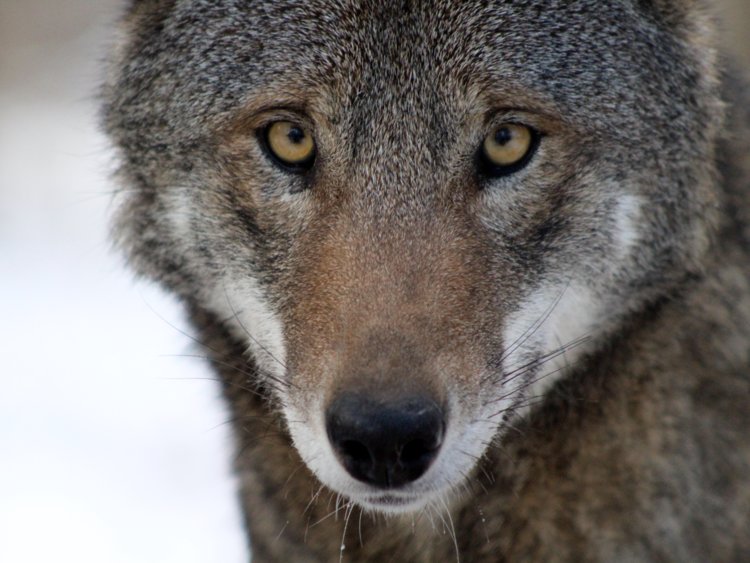 Red wolves are critically endangered. Only 40 are left alive in the wild, according to US Fish and Wildlife.Courtesy of Rebecca Bose

The report’s authors are not fully pessimistic, though. They suggest that the extinction trend could be reversed or halted with global action and cooperation.

“We have 10 to 15 years in which we can reverse this,” Possingham said. “We don’t have to stop people from eating, or using electricity, or breeding — we just have to be cleverer about how we use the land we live on.”

Halting habitat destruction is the only solution to the extinction problem, he said. And humans could do that by changing the way we allocate land to different uses, like farming, urban development, and energy production.

“The most finite resource on our planet is surface area,” he said. “We live on a sphere of only so many square feet, and we can’t make more space.”