Facebook DOWN: Uproar as users worldwide are left unable to load the social network and mock the outage with hilarious memes

Those who tried to access the social network on their internet browsers were met with an error message, reading: ‘Sorry, something went wrong.

‘We’re working on getting this fixed as soon as we can.’

Forty-three per cent of users who complained about the problems affecting the service said they had experienced a ‘total blackout’.

Facebook users flooded social network Twitter to bemoan the latest outage, sharing hilarious memes and GIFs to mock the problems with the service. 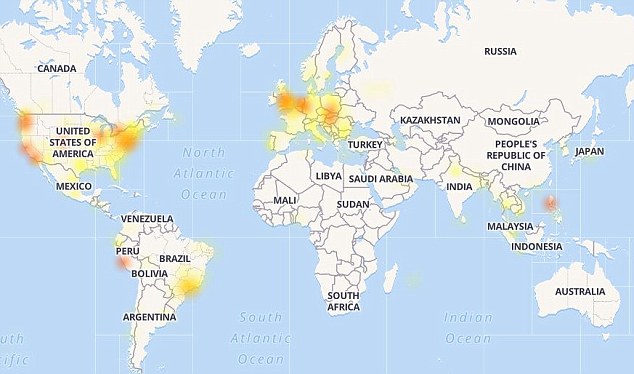 Facebook is down for thousands across the world causing disgruntled users to take to social media to vent their frustrations. The outage – which has now been going on for six hours –appears to be largely affecting users from Europe and the US

Messages flooded in from all over the world, with the UK, USA, India and Brazil among the most affected areas.

Facebook users had difficulty logging on to the platform earlier this week and Instagram also experienced server issues.

A widespread issue hit Facebook last month, with Android users in some parts of the world unable to access the social network for up to ten hours.

It was believed to be an issue with an update that caused the problem.

According to the Google Play Store, the most recent update for Android was issued on 11th July.

Many users said they received a message saying the app had not loaded properly while others said the app crashed before it even started loading.

Hundreds of reports around the world flooded in, with the social platform struggling to rectify the unknown issue 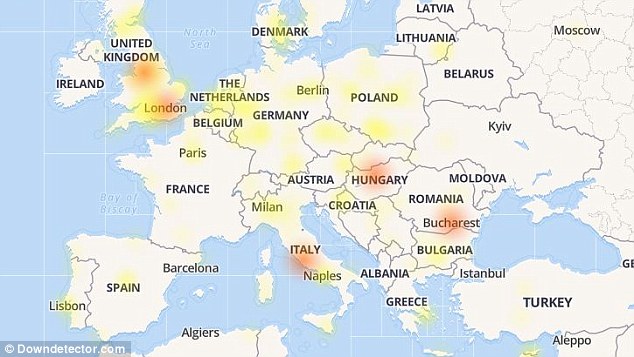 Europe was hit the hardest, with a large volume of issues found throughout the continent. France, UK, Belgium and Italy are just some of the countries where residents were unable to access Facebook 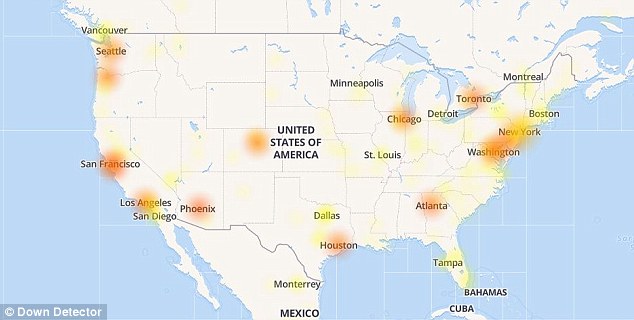 The US was also hit by the outage, with most of the midwest and the eastern seaboard struggling to get on to the popular social media platform

Android phones generally auto-update so users might not be aware they are using the latest version.

Many disgruntled users took to Twitter in a bid to see if others were experiencing the same problem.

‘I guess the Facebook app is down, glad I’m not the only one’ tweeted Kanagawa-based user @Typhonicstat.

Other users tweeted to say they had uninstalled, reinstalled and restarted the app but nothing was working.

‘The Facebook app is not working for me. I’ve uninstalled and reinstalled and restarted my phone. Nothing is working. It crashes immediately after it opens’, wrote North Carolina-based user @WhyMySoAmy on Twitter. 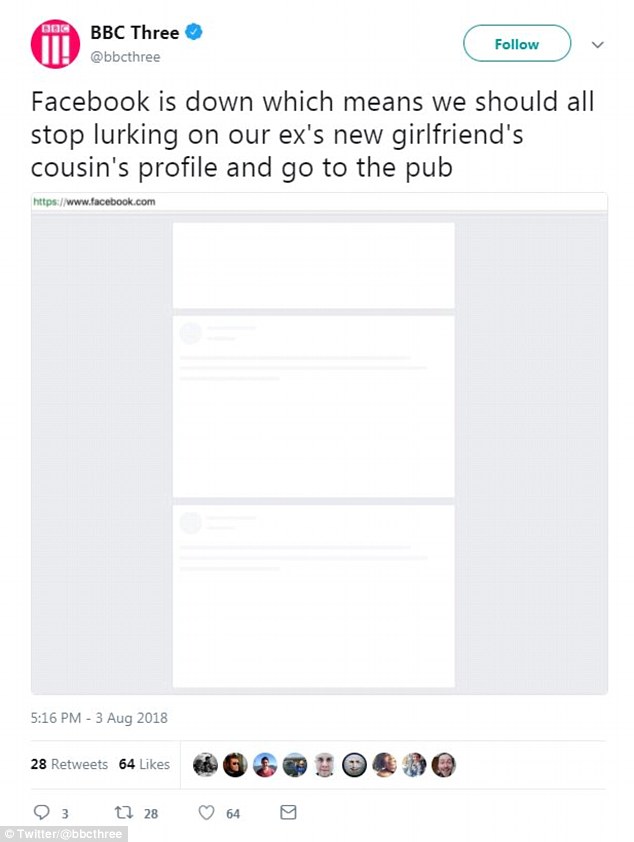 The crash appeared to affect both Android and Apple devices, with users of both plaforms taking to Twitter to complain

Twitter users were trying to get the Facebook app working on their phone. Many went as far as to uninstall the app from their device before downloading it again. It appears this method is ineffective

Some users reported having issues with the app for weeks.

‘Any fixes in the works for the App crashing after opening? Been having issues off and on for about 3 weeks’, wrote user ‘akman65’ on the Down Detector website.

‘Tried virtually everything including reloading the app.’

‘We’re aware that some people are currently having trouble accessing the Facebook app’, a spokesperson told MailOnline.

‘We’re working to get things back to normal as quickly as possible.’

People were reporting that as soon as the app was opened, it simply crashed and then closed