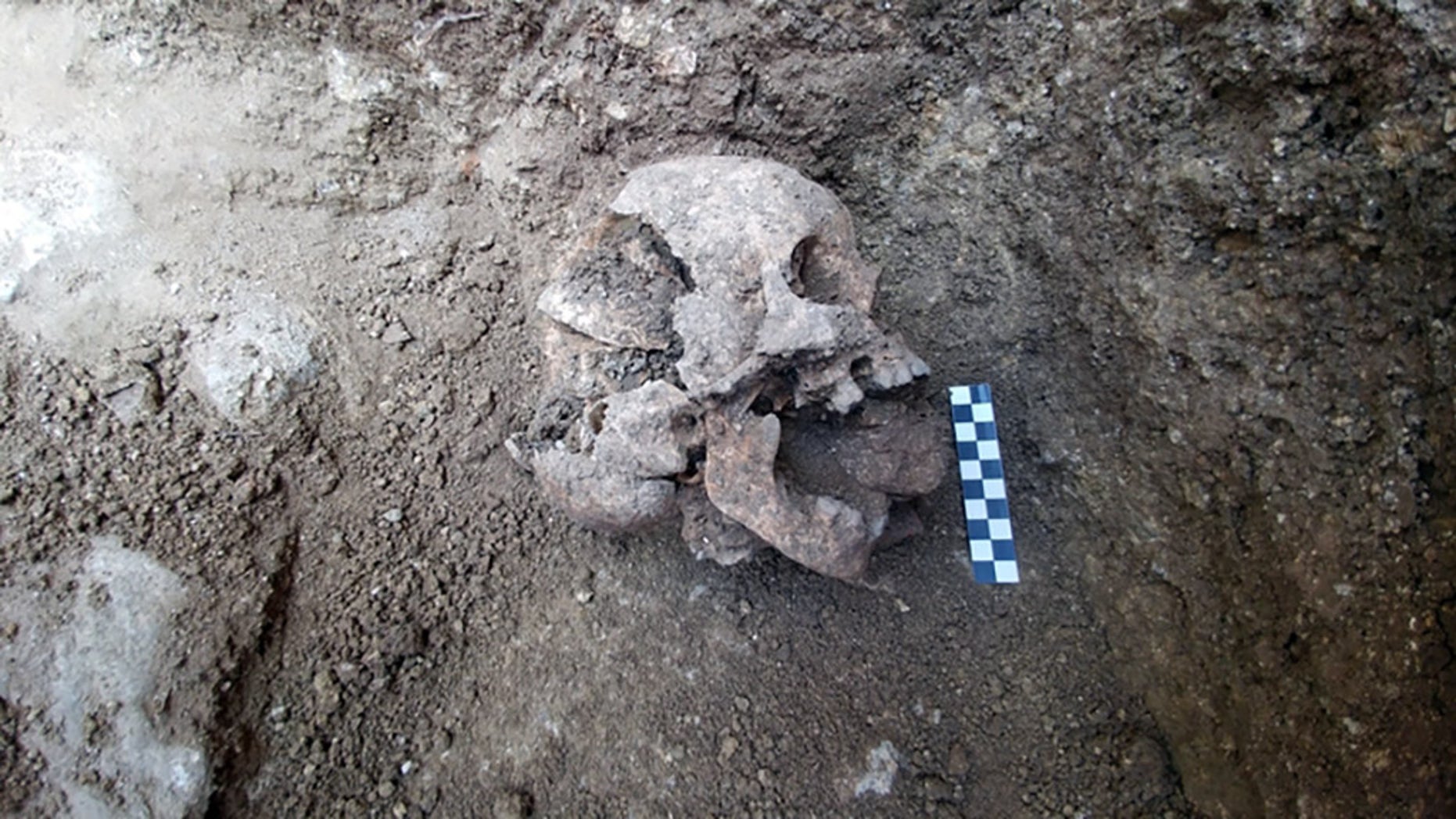 A rock was inserted into the mouth of a 10-year-old to keep the deceased child from rising from the grave as a vampire and spreading malaria, researchers believe.
(Photo courtesy of David Pickel/Stanford University)

The remains of a 10-year-old biting on a stone have been unearthed by archaeologists in a 5th Century Italian cemetery, evidence suggesting a “vampire burial” to prevent the child’s return from the dead.

In northern Italy where the discovery was made, they are calling it the “Vampire of Lugnano."

"I've never seen anything like it. It's extremely eerie and weird," said University of Arizona archaeologist David Soren, who has overseen archaeological excavations at the site since 1987.

Evidence collected from the bones suggest the child was infected with malaria at the time it died, The Independent reported.

ARCHAEOLOGISTS HAVE DISCOVERED THE 'CRUSHED' POMPEII MAN'S SKULL, AND IT WILL SURPRISE YOU

The ritual burial is thought to be a way to prevent the child from returning to spread the disease.

The remains are the latest unusual discovery to emerge from the Cemetery of Children, a site containing dozens of children’s bodies and evidence of witchcraft including toad bones, raven talons and bronze cauldrons, according to the paper. The cemetery was previously believed to only hold babies, toddlers and unborn fetuses. 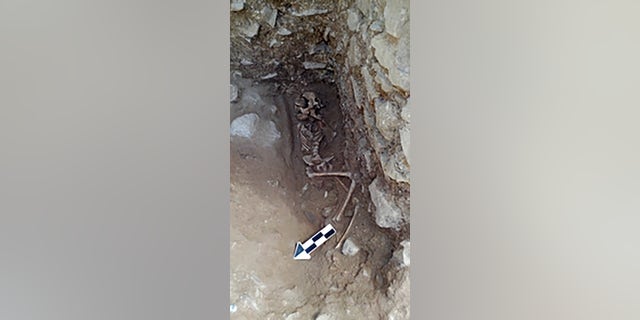 The 10-year-old was discovered lying on its side in a fifth-century Italian cemetery previously believed to be designated for babies, toddlers and unborn fetuses. (Photo courtesy of David Pickel/Stanford University)

"Given the age of this child and its unique deposition, with the stone placed within his or her mouth, it represents, at the moment, an anomaly within an already abnormal cemetery," said David Pickel, a doctoral student at Stanford who is the excavation director.

He added, "This just further highlights how unique the infant — or now, rather, child — cemetery at Lugnano is."

Although the 10-year-old's remains have not yet undergone DNA testing, the child had an abscessed tooth — a side effect of malaria — that suggests he or she may also have fallen victim to the disease, University of Arizona bioarchaeologist Jordan Wilson said.

The child was one of five new burials uncovered at the cemetery over the summer.