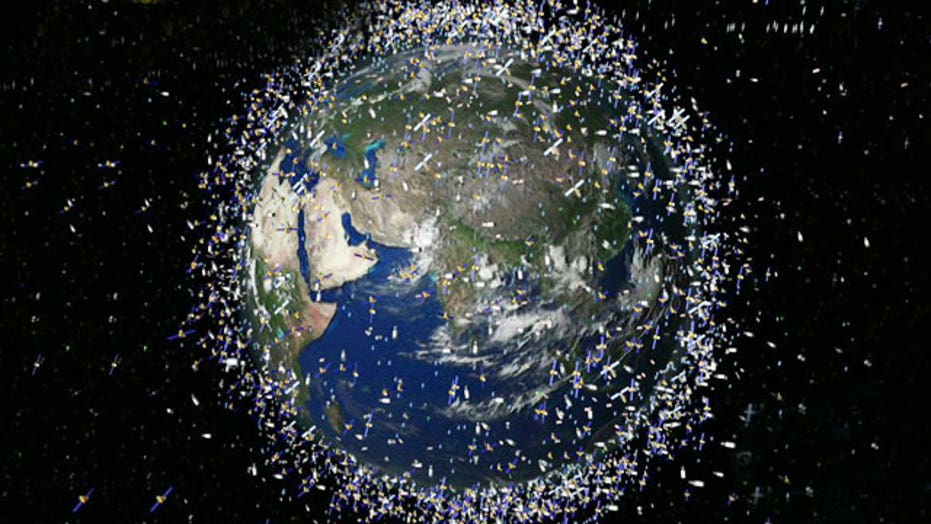 Experts believe a defunct Russian satellite and a discarded Chinese rocket could smash into each other high above the earth on Thursday, according to reports.

Satellite-tracking company LeoLabs on Wednesday said the defunct objects could come within 39 feet of each other and that there was a 10% chance that they could still collide around 8:56 p.m. ET. The company deemed the potential crash to be a "very high risk."

"This event continues to be very high risk and will likely stay this way through the time of closest approach," LeoLabs tweeted.

Jonathan McDowell, an astrophysicist at the Harvard-Smithsonian Center for Astrophysics, said the two objects were a defunct Soviet navigation satellite called Parus [Kosmos 2004] that launched in 1989 and a Chinese rocket stage.

As of Tuesday, the objects — with a mass of roughly three metric tons – were in low-Earth orbit at an altitude of around 615 miles, LeoLabs said.

Because the objects are located high above the ground, they don't pose a risk to anyone on earth. However, a crash could cause more debris to orbit the earth, which could increase the risk of future collisions.

The debris could also threaten astronauts.

"If this turns into a collision, it's probably thousands to tens of thousands of new pieces of debris that is going to cause a headache for any satellite that's going out into upper low-Earth orbit, or even beyond," said Dan Ceperley, the CEO of LeoLabs, according to Business Insider. "It's maybe a much bigger problem than a lot of people realize."

As of February this year, there are 128 million debris objects in orbit, according to the European Space Agency. Roughly 34,000 of those objects are greater than 10 cm.