Home » Science » Water meters must be compulsory in all households, warns expert

Water meters must be compulsory in all households to cope with climate change, warns environment expert

Water meters should be compulsory in almost every British household, an environmental scientists has claimed.

Currently, fewer than half of households have water meters, which record water usage and charge people for how much they get through.

The measure must be considered to tackle the water crisis which almost saw a hosepipe ban in the north west of England during this summer’ drought. 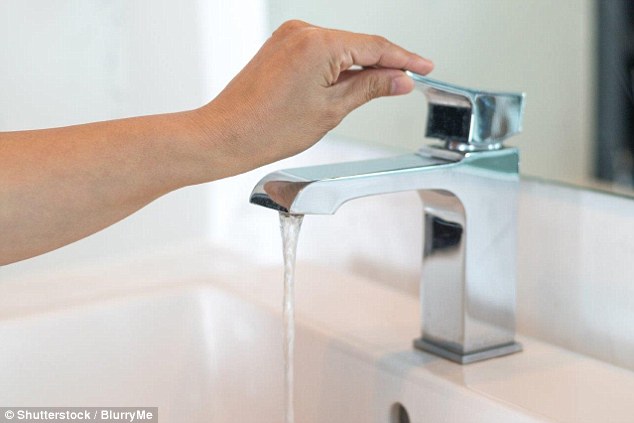 Water meters should be compulsory in almost every British household, an environmental scientists has claimed. Experts say more hot, dry summers could follow this year’s, which means more water is needed (stock image)

The comments were made by Professor Jim Hall, from the University of Oxford.

The meters are not necessary in wetter, less populated parts of England and Wales, he said, but could significantly cut demand in London and the South East.

The devices are controversial, as large families can end up paying more than with traditional water rates for the extra water they use.

But supporters say they can reduce water usage by more than eight gallons (30 litres) per person per day.

Retrofitting water-saving devices such as low-flow taps and showers in existing homes could make a big difference, but there were more low cost and higher benefit options that could be deployed first, he suggested.

Professor Hall, from the University of Oxford’s Environmental Change Institute, said: ‘Compulsory water meters for a large part of the country is an option we should be considering, but regulators are reluctant and the Government is cautious about imposing them.

‘In the current situation there are winners and losers.

The National Infrastructure Commission has called for the UK to cut water use from 37 gallons (141 litres) per person per day to an ambitious 30 gallons (118 litres). 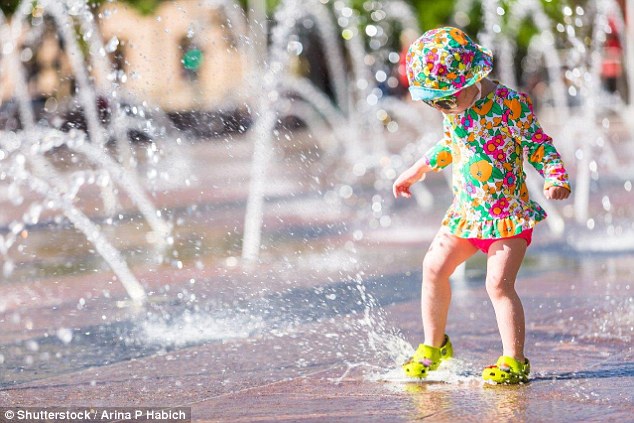 The devices are controversial, as large families can end up paying more than with traditional water rates for the extra water they use. But supporters say they can reduce water usage by more than 30 litres per person per day (stock image)

Water bills for unmetered homes built before 1989 are based on the value of the property, judged by its size and location.

But metered households instead pay for exactly how much water they use.

The average person in England and Wales uses 40 gallons (162 litres) of water a day if they don’t have a meter, but cuts that to 34 gallons (129 litres) if they are metered, according to national figures.

However this may be because those who choose to get a meter are more careful to save water.

The news that Thames Water was telling families they must have a smart meter last year raised concerns the firm could spy on households and bring in more expensive tariffs for those using more water during droughts.

But radical measures are being considered to save water for the future, including desalination of water, transporting it across the country, and treating waste water to reuse it.

Jamie Hannaford, principal hydrologist at the Centre for Ecology and Hydrology, added: ‘The headline, if you like, the simple story, is warmer, drier summers and, as a result, lower river flows in the future.’

WHAT CAUSED THE SUMMER 2018 GLOBAL HEATWAVE?

There are several leading theories as to what may be causing the recent global heatwave, according to University of Reading climate scientist Professor Len Shaffrey.

1. Climate Change: Temperatures are increasing globally due to the burning of fossil fuels increasing concentrations of atmospheric carbon dioxide. The global rise in temperatures means that heatwaves are becoming more extreme. The past few years have seen some record-breaking temperatures in Europe, for example the 2015 heatwave and the 2017 ‘Lucifer’ heatwave in Central Europe. Unusually warm summer temperatures have been recorded elsewhere, for example in Canada and Japan, and climate change is very likely to have played a role here as well.

3. La Nina: Every few years, ocean temperatures in the Tropical Pacific swing between being relatively warm (known as El Nino) and cool (La Nina). Since October last year the Tropical Pacific has been in a La Nina phase. La Nina is sometimes associated with cold winters in North Western Europe (for example the winter of 2010/11 and the recent cold spell in March 2018). However, this year’s La Nina had started to weaken around April and had almost gone by June when the current dry spell in the UK began.

4. It’s the weather: The above factors influence type of the weather get in the UK and Ireland but good or bad luck also plays a role, especially for very unusual weather such as the current hot and dry spell. This summer is no different and the hot and dry weather is partly due a combination of North Atlantic Ocean temperatures, climate change and the weather. Should weather patterns continue as they are then we might expect this summer will turn out to be as hot and dry as the extreme summer of 1976.