The incredible Mars news follows the discovery of a 430-miles-long (700km) river system. The European Space Agency (ESA) shared new pictures of the ancient, dried-up waterway. ESA’s pictures were snapped from orbit by the Mars Express Spacecraft, just south of the equator.

The ancient river system forms part of a wider network of valleys and canyons carved out by running water.

The space agency said: “Mars may seem to be an alien world, but many of its features look eerily familiar – such as this ancient, dried-up river system that stretches out for nearly 700 kilometres across the surface, making it one of the longest valley networks on the planet.

“The area of Mars shown in these new images from ESA’s Mars Express spacecraft lies just south of the planet’s equator, and is known to have been shaped by a mix of flowing water and impacts: events where rocks sped inwards from space to collide with the martian surface.”

SEE HERE: These are the most breathtaking photos of the Red Planet from space 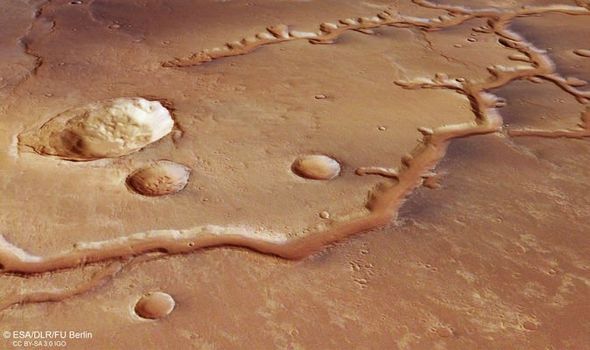 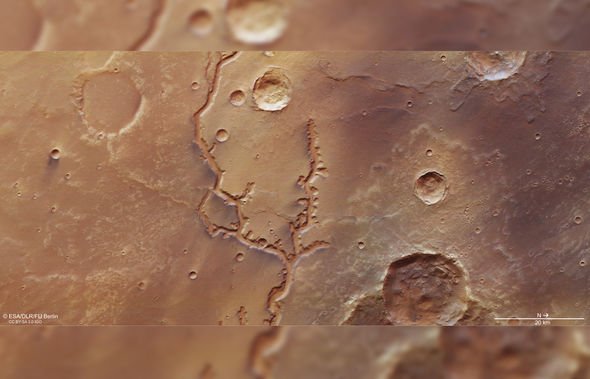 The system is estimated to be about 3.5 billion to four billion-years-old.

Astronomers believe the Red Planet once closely resembled our Earth with a bountiful atmosphere and surface waters.

The conditions would have been conducive towards the development of simple alien microbes.

Today, however, Mars is a barren landscape lashed by harsh solar radiation.

Mars may seem to be an alien world, but many of its features look eerily familiar

According to ESA, Nirgal Vallis is a perfect analogue of waterways found here on Earth.

ESA said: “We see valleys like this often on Earth, including valleys found in the Chilean Atacama Desert, the Colorado Plateau, and on the islands of Hawaii.

“Mars also hosts a few of them, with Nanedi Valles and Echus Chasma joining Nirgal Vallis as clear examples of this intriguing feature.” 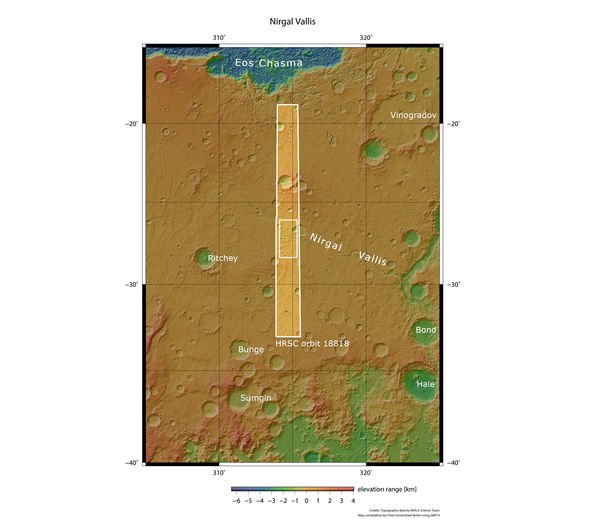 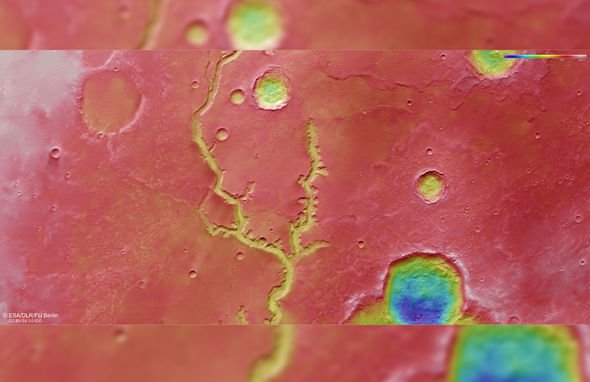 Both of these features were carved by running water running through steep-sided valleys.

The water carved its way through hundreds of miles of rock, ancient volcanic plans and lava flows.

The finding suggests Mars once boosted a “more Earth-like climate.”

ESA said: “Despite the arid, hostile world we see today, Mars is thought to have once been a far warmer and wetter planet – and we see signs of this in the diverse mix of features and minerals found across its surface.

“Scientists believe that Nirgal Vallis formed in a similar way to morphologically similar valleys we see on Earth.

“As there appear to be no branching, tree-like tributaries feeding into the main valley of Nirgal Vallis, it is likely that water was replenished on ancient Mars by a mix of precipitation and overland flow from the surrounding terrain”