NASA researchers at the John Hopkins University Applied Physics Laboratory believe powerful meteor showers release water vapour into the Moon’s atmosphere. The amount of water released depends on the size and frequency of impact but the discovery could solve a decades-old mystery. Until now, astronomers have been well-aware of lunar water at the Moon’s chilled polar caps, in some of its permanent surface shadows and within its ancient volcanic craters. And more recently, NASA’s Lunar Reconnaissance Orbiter (LRO) has also detected evidence of “bouncing water molecules” on the surface.

In March this year, NASA said small batches of water around the surface were excited during lunar daytime enough to break away from the Moon’s surface.

Now, scientists are thrilled to learn more about how meteor streams help populate the Moon’s thin atmosphere with water vapour.

The incredible discovery was presented this week in the journal Nature Geosciences. 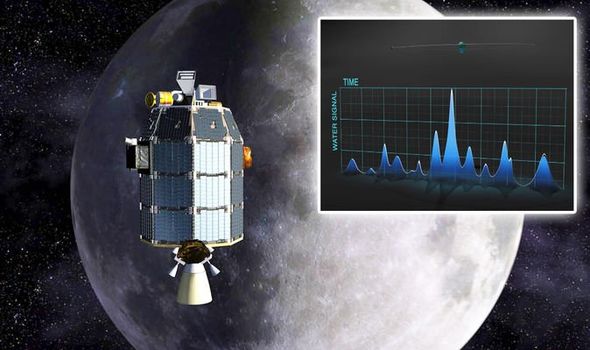 Dr Benna said: “We traced most of these events to known meteoroid streams, but the really surprising part is that we also found evidence of four meteoroid streams that were previously undiscovered.”

The spikes in the Moon’s atmospheric water levels were all recorded by NASA’s Lunar Atmosphere and Dust Environment Explorer (LADEE).

The remote robotic instrument was sent to the Moon to study the lunar orb’s paper-thin atmosphere.

For instance, NASA detected a spike in water levels during the prolific Geminid meteor shower in December 2013.

The US space agency said there is strong evidence of water (H2O) and hydroxyl (OH) locked away within the Moon.

But scientists are still uncertain just how much water there is, where it is stored and how it got there in the first place.

One explanation is ionised hydrogen carried to the Moon on solar winds from the Sun could explain the presence of water. 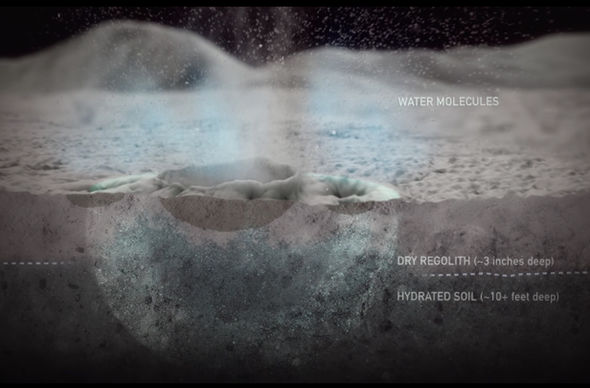 Meteor impacts now present an alternative to how water makes its way into the Moon’s atmosphere.

Richard Elphic, the LADEE project scientist at NASA’s, said: “The Moon doesn’t have significant amounts of H2O or OH in its atmosphere most of the time.

“But when the Moon passed through one of these meteoroid streams, enough vapour was ejected for us to detect it.

“And then, when the event was over, the H2O or OH went away.” 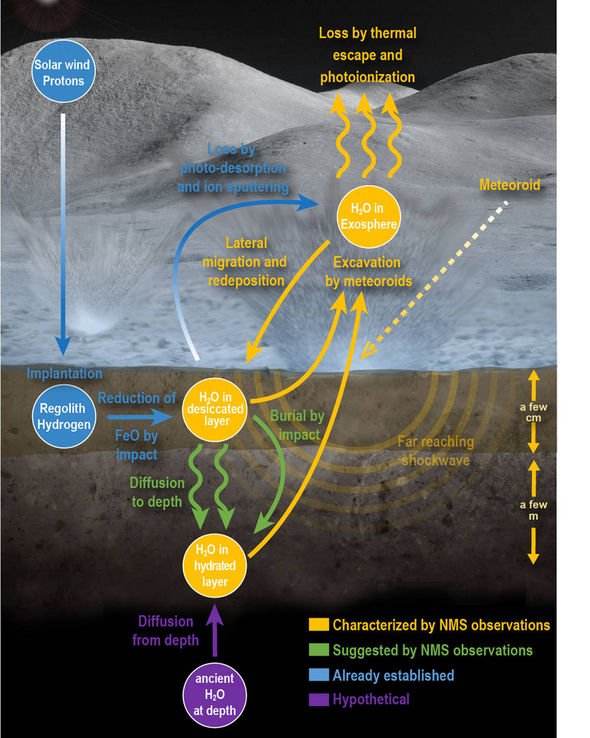 According to NASA, meteors need to penetrate the Moon’s surface by at least three inches (eight centimetres) to release water.

Right beneath the surface is a thin “transition” layer of soil, followed by a hydrated where molecules of water are glued to the Moon’s regolith or rocky soil.

NASA said: “From the measurements of water in the exosphere, the researchers calculated that the hydrated layer has a water concentration of about 200 to 500 parts per million, or about 0.02 to 0.05 percent by weight.

“This concentration is much drier than the driest terrestrial soil and is consistent with earlier studies. 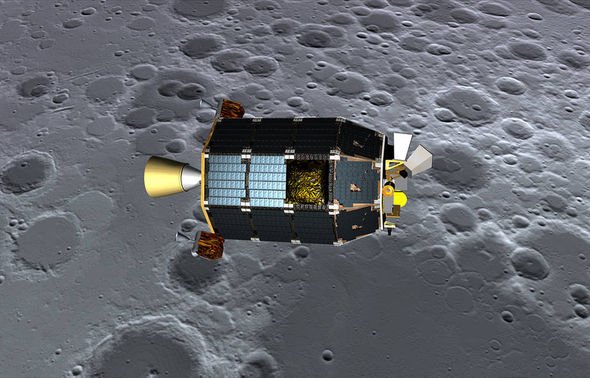 “It is so dry that one would need to process more than a metric ton of regolith in order to collect 16 ounces of water.”

But where does the water come from? According to Dr Benna, the water is most likely ancient in origin.

The lunar expert said it dates back to the Moon’s formation or was deposited there “early in its history”.

Whatever the case may be, the new research has ruled out the water is being left on the Moon by the meteor showers themselves.