There is no such thing as the ‘real you’ because we constantly invent false memories in order to achieve the identity we want, scientists say

Our identity is largely shaped by our memories – but according to one scientist, that is only part of the picture.

As human beings, we inadvertently select and manipulate our memories to suit themselves almost constantly, research shows.

This means we are almost always reshaping our own idea of who we really are.

In an article for the Conversation, psychologist Professor Giuliana Mazzoni, of the University of Hull, investigated what really makes up our identity, and whether our tendency to alter our own memories means there is no ‘real you’ at all. 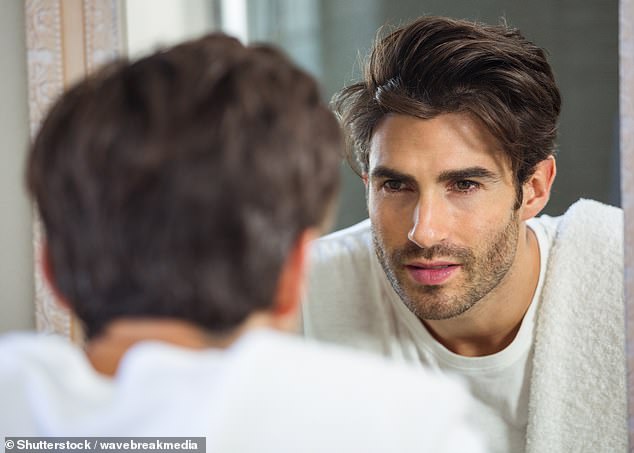 Our identity is largely shaped by our memories – but according to one scientists, that’s only part of the picture (stock image)

We all want other people to ‘get us’ and appreciate us for who we really are.

In striving to achieve such relationships, we typically assume that there is a ‘real me’.

But how do we actually know who we are?

It may seem simple – we are a product of our life experiences, which we can easily access through our memories of the past.

People with profound forms of amnesia typically also lose their identity – as beautifully described by the late writer and neurologist Oliver Sacks in his case study of 49-year-old Jimmy G, the ‘lost mariner’, who struggles to find meaning as he cannot remember anything that’s happened after his late adolescence.

But it turns out that identity is often not a truthful representation of who we are anyway – even if we have an intact memory.

Research shows that we don’t actually access and use all available memories when creating personal narratives.

It is becoming increasingly clear that, at any given moment, we unawarely tend to choose and pick what to remember.

When we create personal narratives, we rely on a psychological screening mechanism, dubbed the monitoring system, which labels certain mental concepts as memories, but not others.

Concepts that are rather vivid and rich in detail and emotion – episodes we can re-experience – are more likely to be marked as memories.

These then pass a ‘plausibility test’ carried out by a similar monitoring system which tells whether the events fit within the general personal history.

For example, if we remember flying unaided in vivid detail, we know straight away that it cannot be real.

But what is selected as a personal memory also needs to fit the current idea that we have of ourselves.

Let’s suppose you have always been a very kind person, but after a very distressing experience you have developed a strong aggressive trait that now suits you.

Not only has your behaviour changed, your personal narrative has too.

If you are now asked to describe yourself, you might include past events previously omitted from your narrative – for example, instances in which you acted aggressively. 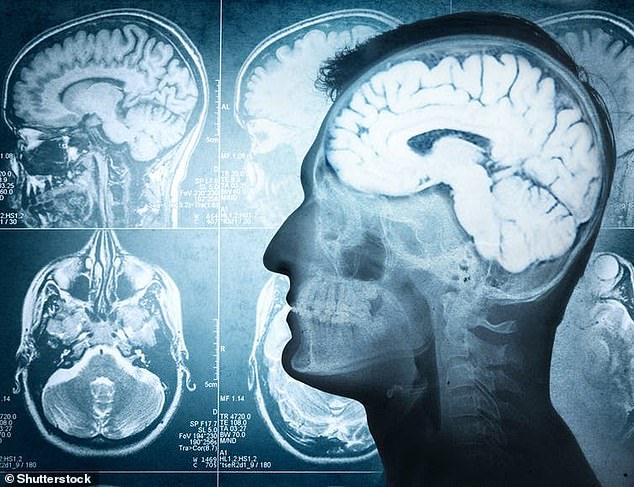 Many parts of the brain are involved in creating personal memories, meaning our idea of who we are is skewed to achieve the identity we want for ourselves (stock image)

And this is only half of the story.

The other half has to do with the truthfulness of the memories that each time are chosen and picked to become part of the personal narrative.

Even when we correctly rely on our memories, they can be highly inaccurate or outright false: We often make up memories of events that never happened.

Remembering is not like playing a video from the past in your mind – it is a highly reconstructive process that depends on knowledge, self image, needs and goals.

Indeed, brain imaging studies have shown that personal memory does not have just one location in the brain, it is based on an ‘autobiographical memory brain network’ which comprises many separate areas.

A crucial area is the frontal lobes, which are in charge of integrating all the information received into an event that needs to be meaningful – both in the sense of lacking impossible, incongruent elements within it, but also in the sense of fitting the idea the individual remembering has of themselves.

If not congruent or meaningful, the memory is either discarded or undergoes changes, with information added or deleted.

Memories are therefore very malleable, they can be distorted and changed easily, as many studies in our lab have shown.

For example, we have found that suggestions and imagination can create memories that are very detailed and emotional while still completely false.

Jean Piaget, a famous developmental psychologist, remembered all his life in vivid detail an event in which he was abducted with his nanny – she often told him about it.

After many years, she confessed to having made the story up.

At that point, Piaget stopped believing in the memory, but it nevertheless remained as vivid as it was before.

WHAT ARE THE 4 PERSONALITY ‘CLUSTERS’ RESEARCHERS CLAIM WE ALL FALL INTO?

Experts from Northwestern University sifted through data from more than 1.5 million questionnaire respondents.

Their research suggests that everyone falls into one of four distinct clusters of personality types.

Average people are high in neuroticism and extraversion, while low in openness.

‘I would expect that the typical person would be in this cluster,’ said Martin Gerlach, a postdoctoral fellow and the paper’s first author.

Females are more likely than males to fall into the Average type.

The Reserved type is emotionally stable, but not open or neurotic.

They are not particularly extroverted, but can be somewhat agreeable and conscientious.

Role Models score low in neuroticism and high in all the other traits. The likelihood that someone is a role model increases dramatically with age.

‘These are people who are dependable and open to new ideas,’ said study lead Luís Amaral.

‘These are good people to be in charge of things.

‘In fact, life is easier if you have more dealings with role models.’

More women than men are likely to be role models.

Self-Centred people score very high in extraversion and below average in openness, agreeableness and conscientiousness.

‘These are people you don’t want to hang out with,’ co-author William Revelle, professor of psychology, said.

There is a very dramatic decrease in the number of self-centred types as people age, both with women and men.

We have assessed the frequency and nature of these false and no-longer-believed memories in a series of studies.

Examining a very large sample across several countries, we discovered that they are actually rather common.

What’s more, as for Piaget, they all feel very much like real memories.

This remained true even when we successfully created false memories in the lab using doctored videos suggesting that participants had performed certain actions.

We later told them that these memories never actually happened.

At this point, the participants stopped believing in the memory but reported that the characteristics of it made them feel as if it were true.

A common source of false memories are photos from the past.

In a new study, we have discovered that we are particularly likely to create false memories when we see an image of someone who is just about to perform an action.

That’s because such scenes trigger our minds to imagine the action being carried out over time.

But is all this a bad thing?

For a number of years, researchers have focused on the negatives of this process.

For example, there are fears that therapy could create false memories of historical sexual abuse, leading to false accusations.

There have also been heated discussions about how people who suffer from mental health problems – for example, depression – can be biased to remember very negative events.

Some self-help books therefore make suggestions about how to obtain a more accurate sense of self.

For example, we could reflect on our biases and get feedback from others.

But it is important to remember that other people may have false memories about us, too.

Crucially, there are upsides to our malleable memory.

Picking and choosing memories is actually the norm, guided by self-enhancing biases that lead us to rewrite our past so it resembles what we feel and believe now.

Inaccurate memories and narratives are necessary, resulting from the need to maintain a positive, up-to-date sense of self.

My own personal narrative is that I am a person who has always loved science, who has lived in many countries and met many people.

But I might have made it up, at least in part.

My current enjoyment for my job, and frequent travels, might taint my memories.

Ultimately, there may have been times when I didn’t love science and wanted to settle down permanently.

But clearly it doesn’t matter, does it?

What matters is that I am happy and know what I want now.

Alice Gregory is professor of Psychology at Goldsmiths, University of London.