Home » Science » We got a new eyeglass prescription for $40 at Warby Parker without stepping foot in a doctor's office. Here's what it was like.

Warby Parker was one of the first companies to take a direct-to-consumer approach to selling eyeglasses.

Instead of the traditional path of going to the eye doctor and picking out glasses from the assortment of designer frames lining the walls, Warby Parker’s model started out focused on providing frames, often at a much lower price. It made the experience of picking out eyeglasses much more like buying a new pair of shoes.

To date, the company has raised $290 million and has a $1.75 billion valuation, according to PitchBook.

Warby Parker cofounder and co-CEO Dave Gilboa told Business Insider that when the company got its start in 2010, it would often come across people trying to buy Warby Parker frames using expired prescriptions.

“We kept hearing that it was a frustrating process to take time off to make an appointment to get a new prescription,” Gilboa said.

Thinking about all that’s included in a vision test, the team thought through how it could be done virtually for those who just wanted a quick prescription check. The company started offering virtualprescription check tests in 2017. Warby Parker now offers both a virtual test and in-person exams with eye doctors in some of its 90 stores around the US.

The company is now making a big investment in eye care, both virtually and in-store.

In essence, Warby Parker is now echoing the model it once said it was trying to disrupt.

“The majority of consumers buy glasses from the same place at the same time as they get an eye exam,” Gilboa said. “We historically decoupled and asked consumers to change their behavior.”

Hearing from customers is what drove the company to integrate exams into the experience, Gilboa said.

This wasn’t my first time using an online prescription checker for my eyeglasses. I’d done it in2017 after it first came out.

To take the test, I used my phone as a remote and placed my computer screen a few feet in front of me. 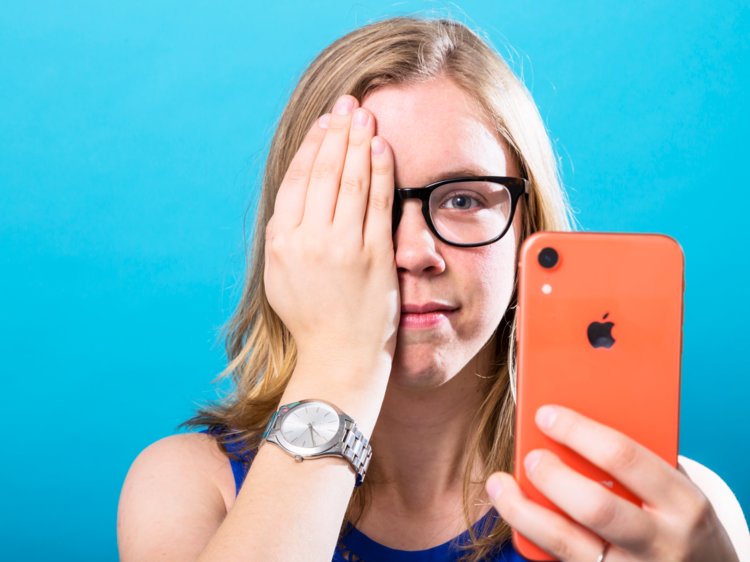 Warby Parker uses two tests to assess your vision (the Landolt C and a Fan Chart test) and charges $40. The test also informed me that it wasn’t meant to replace a comprehensive eye health exam.

When I called my vision plan to ask about my benefits, I learned that had I gone in to an eye doctor instead, I would have only had a copay of $10. That would’ve covered a comprehensive eye health exam, not just getting a new prescription.

The American Optometric Association, which represents optometrists, recommends that people who use eyeglasses or contacts get their eyes checked once a year. The organization says that virtual prescriptions checks aren’t a good idea, because people might forgo more comprehensive checkups.

The AOA has reported companies to theFederal Trade Commission andFood and Drug Administration, calling on the agencies to take action on some of the online tests available. Eye exams like Warby Parker’s are currently registered as class 1 medical devices, which means they’re exempt from FDA review. To date, no online eye exam has been cleared by the FDA.

Getting my new glasses wasn’t an entirely online experience

Still, the day after taking Warby Parker’s virtual test, I had a renewed prescription and could proceed with ordering my glasses. I’d popped into the store a week earlier and decided my next pair of glasses would be apair of Percey frames.

I recalled getting a notice in the mail that Warby Parker was now in network with my vision plan, but wasn’t seeing it on the site. Instead, I worked with a representative from Warby Parker over the phone to place the order.

While it wasn’t quite the virtual, all-through-a-website experience I’d expected, the representative was helpful at explaining how much I’d be on the hook for and what all was covered. In the end, my glasses only cost $25 because of a prescription lens copay required by my vision plan.

Looking into my Warby Parker account as well (I’ve bought two other frames in the past), it was cool to see my past orders and prescriptions all stored, like a mini eye health record. 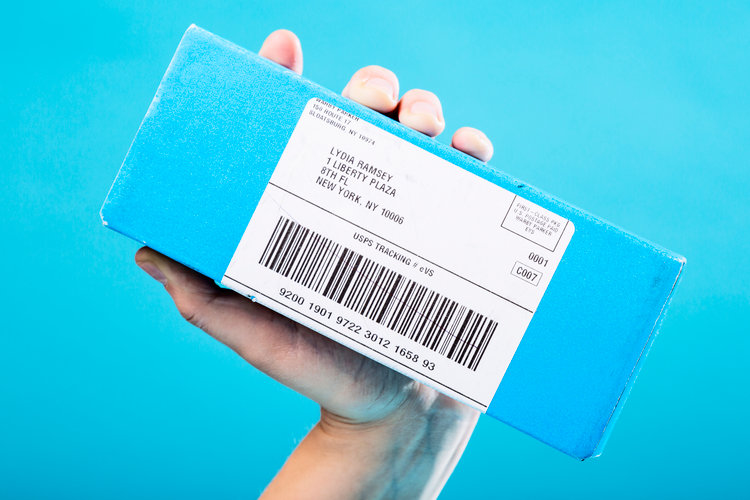 Funnily enough, my next move was to go to a Warby Parker store, again. I popped into the Greene Street location in NYC to get the frames fitted a bit tighter on my face. It gave me the opportunity to nab this selfie. 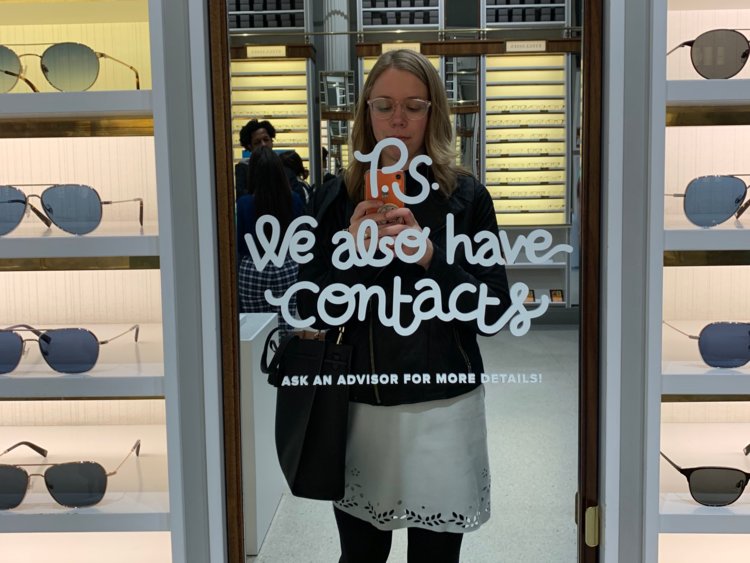 While it wasn’t as virtual of an experience as I anticipated, taking an online eye exam was pretty seamless and took about 15 minutes. With the knowledge of what my vision plan would cover for an in-person eye visit, I’ll likely do that next time just to be sure my eyes are still as healthy as they seem to be.