Home » Science » What can I see in the skies tonight?

Amateur astronomers are in for a feast of nighttime activity tonight, as the Geminids meteor shower combines with the New Moon. What will you be able to see if you look into the sky this evening?

The Geminids meteor shower has already peaked in the UK, but you should still be able to catch a glimpse of the phenomenon.

The Geminids are usually the strongest meteor shower of the year, according to the Royal Astronomical Society (RAS).

It’s generally visible across the entire northern hemisphere, with the shower reaching its peak on Sunday night.

The best time to view the meteor shower was around 10pm on Sunday, but you may still have seen up to 70 meteors per hour in the early hours of Monday. 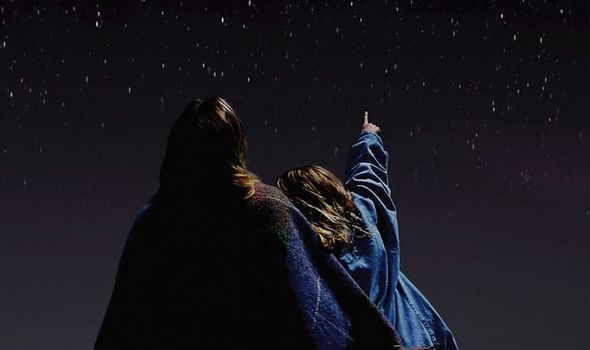 But, just because the Geminids have already peaked, it doesn’t necessarily mean that you should give up now!

You may still be able to spot one or two stragglers over the next few days.

“Meteors in the upcoming shower can appear anywhere in the sky,” said the RAS. “Their trails appear to originate from a single point [known as the radiant] in the constellation of Gemini, hence the name Geminids.

“These meteors appear to be fairly slow-moving, and can be intensely coloured.”

Elsewhere, you may also be hoping to catch a glimpse of the New Moon tonight.

But, sadly, it’s impossible to see the moon during the start of its eight-phase cycle.

A New Moon describes when the sun and moon are completely aligned.

The moon usually reflects the sun’s light, which is why we can see it. But during a New Moon, the side of the moon facing Earth is left in complete darkness. 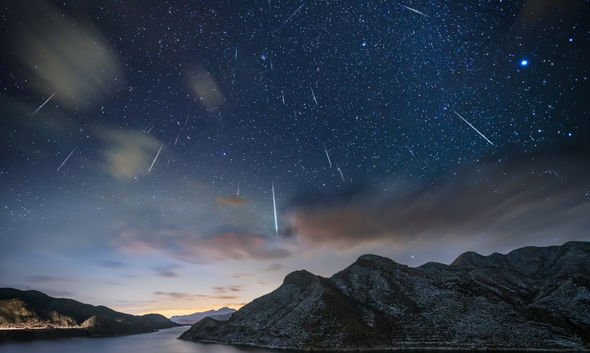 While it’s a shame that we can’t see the New Moon, it does have an advantage, however.

It means that there’s no light from the sun to distract from shooting stars and meteor showers.

Seeing as we’re in the middle of the famous Geminids meteor shower, you’re now more likely to see fragments of a meteor as a result of the moon’s disappearance.

For professional astronomers, the New Moon also makes it easier to delve deeper into space, as they watch star clusters, nebulae and other galaxies.

If you struggle to see anything in the sky tonight, don’t be alarmed! There’s still plenty to look forward to later in the month.

It’s the winter solstice on December 21, with the combined power of Jupiter and Saturn coming to within planetary kissing distance.

There’s also the Ursids meteor shower on December 21, meaning it will be a viewing feast for amateur astronomers.

Just a week later, and it’s time for the Full Moon, which will light up the night sky for the last time for a full month.

The Truth About What Prince Philip’s Coffin Flowers Really Mean