Home » Science » What happens if you get sucked into a black hole? 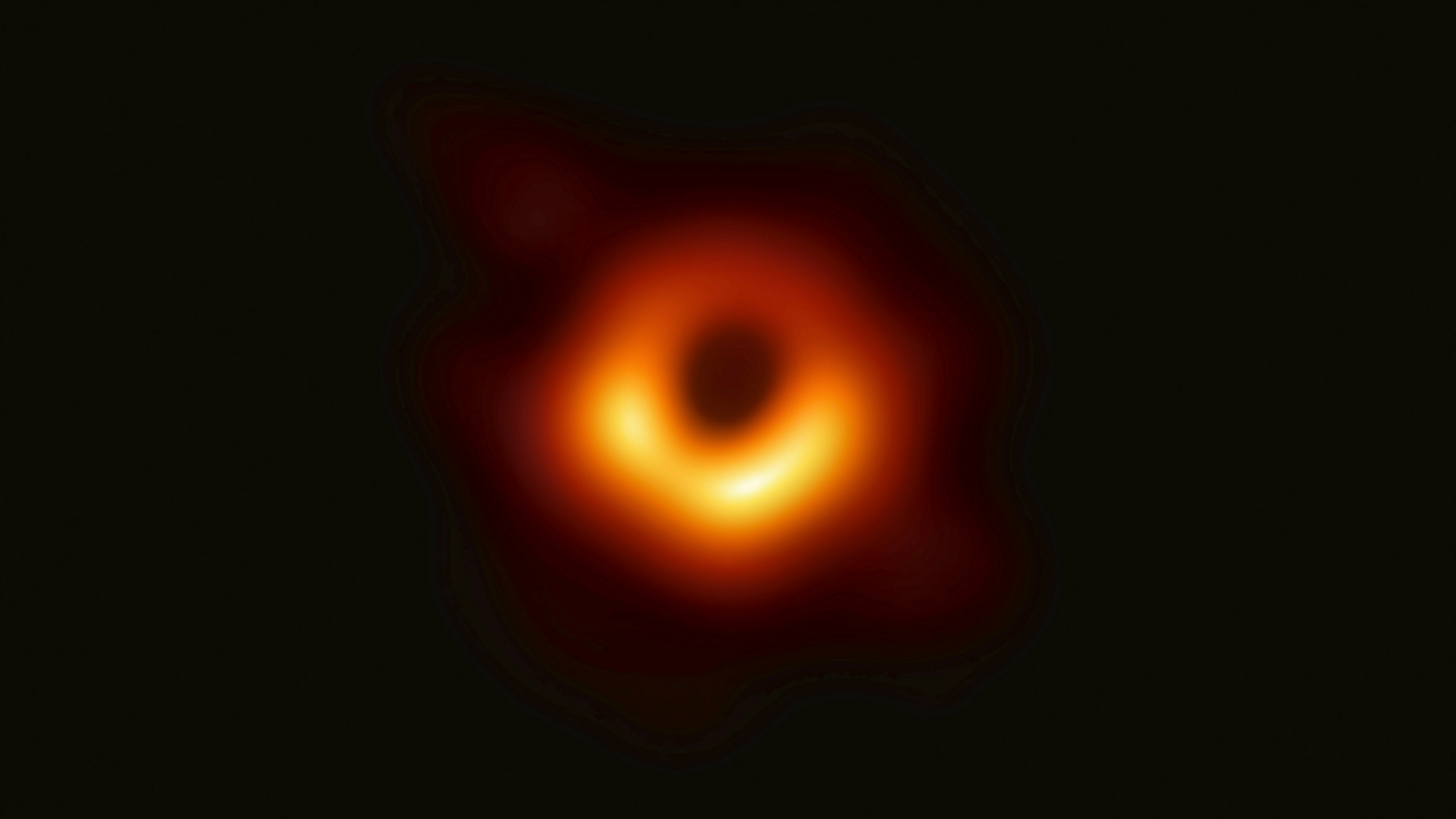 First, your insides are strung out like hot mozzarella, before you're yanked into all-encompassing darkness that swallows you whole.

Life inside a black hole would be far from pretty, bestowing a fate more strange and gruesome than almost anything experts can imagine.

Following this week's release of the first photo of a black hole, people the world over have been pondering exactly what would happen if you fell into the ominous ring.

Scientists have dozens of theories, and we've put together some of the wackiest below.

Black holes are blobs of unbelievably dense matter with a gravitational pull millions of times greater than the force we feel on Earth.

If you got too close, these gargantuan forces would pull your body apart.

As you got closer, the difference in gravity between your head and your feet would stretch you out like a piece of chewing gum.

You eventually become a stream of subatomic particles that swirl into the black hole like water down a plug.

According to TV physicist Neil De Grasse Tyson: "As you get closer and closer, the force of gravity grows astronomically. You stay whole until the stretching force exceeds the molecular bonds of your body's flesh.

"At that moment, your body would snap into two segments. Everything of you that ever was gets funneled to the black hole's center.

"Not only have you been ripped in half – you've been extruded through the fabric of space and time like toothpaste through a tube."

The bigger a black hole is, the smaller its gravitational pull.

That's led some experts to ponder whether larger black holes would spaghettify you at all, as the forces aren't strong enough to pull you apart.

Instead, getting caught in one of these beauties could help you cheat death altogether.

Time is said to freeze at the edge of a black hole, due its extreme forces bending the very fabric of space and time.

If you reach this spot without being torn apart, you could become immortal – well, almost.

Your lengthy life would only seem stretched to someone on Earth, while to you it would still feel like a normal lifespan.

"Whenever you think about time dilation in relativity theory, keep in mind that the theory is not about you. It is about what others see," explained physicist Viktor Toth.

"You can still expect a normal human lifespan as measured by your own watch and calendar.

The bending of space time could have other weird effects.

As you're sucked in to a black hole, time would bend in front of and behind you, allowing you to "see" into the past and future.

"First of all, you approach the speed of light as you fall into the black hole. So the faster you move through space, the slower you move through time," Charles Liu, an astrophysicist at the American Museum of Natural History, told Live Science.

"Furthermore, as you fall, there are things that have been falling in front of you that have experienced an even greater 'time dilation' than you have. So if you're able to look forward toward the black hole, you see every object that has fallen into it in the past.

"And then if you look backwards, you'll be able to see everything that will ever fall into the black hole behind you.

"So the upshot is, you'll get to see the entire history of that spot in the universe simultaneously – from the Big Bang all the way into the distant future."

Travel to another universe and erase your past

The late Professor Stephen Hawking had his own ideas about life inside a black hole.

The physicist reckoned there's a chance you could make your way out of one, though you may end up in a different dimension.

He then claimed that anyone stupid enough to throw themselves into a black hole could be spat out into another universe.

"The existence of alternative histories with black holes suggests this might be possible," Hawking said.

"The hole would need to be large and if it was rotating it might have a passage to another universe. But you couldn’t come back to our universe. So although I’m keen on space flight, I’m not going to try that.

"The message is that black holes aren't as black as they are painted. They are not the eternal prisons they were once thought. Things can get out of a black hole both on the outside and possibly come out in another universe."

Another theory suggests traveling to one of these other dimensions may erase your past as it may not follow the fundamental laws of our own.

Your new universe would not be governed by the rules of cause and effect that apply to ours – so down is up, up is down, and your past and future are interchangeable.

This story originally appeared in The Sun.