NASA has been planning for years to send a robotic rover to the moon’s polar regions. Water ice trapped at the bottoms of craters there could be a boon to future visiting astronauts, providing water to drink, air to breathe and rocket fuel to propel them back to Earth or even farther out into the solar system.

Now, NASA has identified the crater that the rover — the Volatiles Investigating Polar Exploration Rover, or VIPER — will spend about 100 days exploring when it arrives in a couple of years.

VIPER will land near the moon’s south pole, at the western edge of the 45-mile-wide Nobile crater, which formed when something hit the moon. Near the poles, the sun is low on the horizon and the bottoms of craters, lying in permanent shadows, are among the coldest places in the solar system.

“The rover is going to get up close and personal with the lunar soil, even drilling several feet down, which will totally help us redefine what we know about our moon,” Lori Glaze, the director of NASA’s planetary science division, said during a telephone news conference on Monday.

Because VIPER is powered by solar panels, it cannot go far into the darkness — its batteries will allow it to operate in darkness for up to 50 hours — and it needs a direct line of light with Earth to communicate. The Nobile region, NASA officials said, is a favorable location because the terrain is varied but gentle enough for the rover to navigate.

VIPER is roughly the size of a golf cart — 5 feet long, 5 feet wide and about 8 feet tall. Weighing about 1,000 pounds, it will carry a suite of instruments, including a drill that will allow it to bring up samples from below the surface. 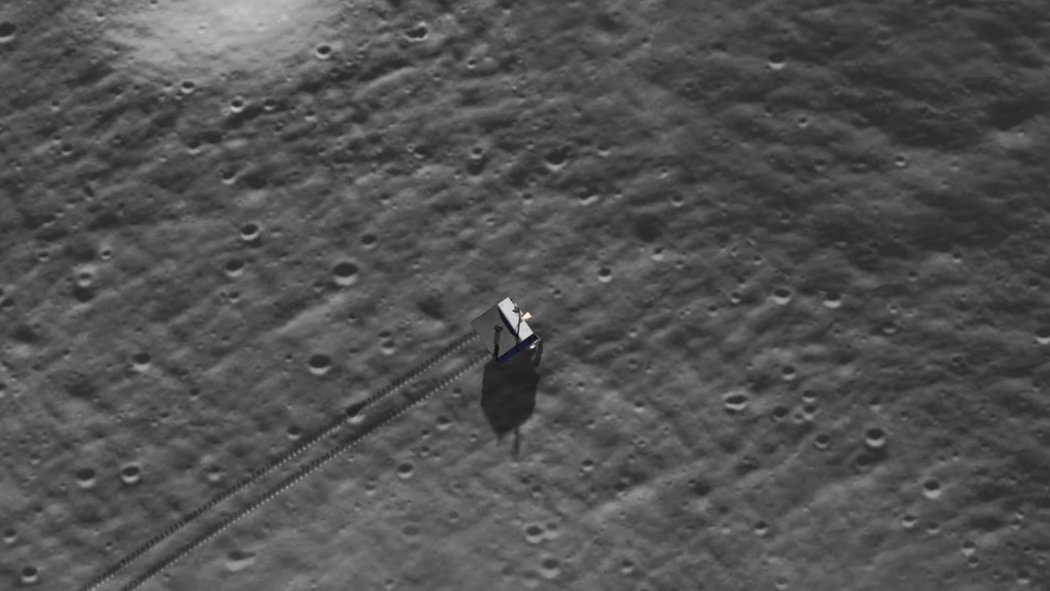 But NASA officials concede they do not have definitive data showing that there is any significant amount of water in the Nobile region. Regardless of whether water exists there or not, the VIPER mission’s findings will provide a comparison between what is measured from orbit and what is actually in the lunar soil.

“If we find that there’s no water in any place we look, that is a fundamental discovery,” said Anthony Colaprete, the mission’s lead scientist, “and we will be scratching our heads and rewriting textbooks again.”

Water ice is an important resource for moon exploration, but its exact location and nature on the moon is not known. It might be at the surface as frost or buried underground. It might be pure water or bound up in minerals. VIPER’s mission is to figure that out, and such information will help planning for Artemis, NASA’s program for returning astronauts to the moon.

Last year, NASA announced that it had awarded a contract to Astrobotic Technology Inc. of Pittsburgh to deliver VIPER to the moon in late 2023. The cost of building VIPER and operating it is $433.5 million, and NASA is paying Astrobotic an additional $226 million to send it to the surface of the moon.

VIPER is one in a series of robotic missions that NASA is financing as part of its renewed interest in the moon. The first, CAPSTONE, could launch from New Zealand toward lunar orbit as soon as next month in a small rocket built by the company Rocket Lab.

For VIPER and other missions that are to land on the moon, NASA is taking a page from its successful playbook after hiring private companies to carry cargo and later astronauts to the International Space Station. In the past, the space agency would have had to develop the landing system for VIPER, but it is now depending on private companies like Astrobotic for that service.

A momentous milestone coming up for the Artemis program will be the launch of an Orion space capsule, designed to take astronauts from Earth to lunar orbit. This flight will not have anyone aboard; it is a test of Orion and NASA’s massive Space Launch System. NASA officials still say it might take off late this year, but the schedule is likely to slip into 2022.

The first landing of astronauts on the moon, with the help of SpaceX’s Starship spacecraft, would occur on the third mission, still scheduled for 2024 but likely to be delayed.

The robotic VIPER rover is meant to get there first.

And it may not be alone. Missions to be launched by China and Russia, potentially in collaboration, are also looking to the lunar south pole to study water ice.

While the Soviet Union sent two rovers in the 1970s, and China has sent two since 2013, including one in 2019 as part of the first mission to land on the far side of the moon, VIPER will be NASA’s first robotic moon rover.

NASA actually has a small mission called Lunar Trailblazer that is to make global maps of lunar water from orbit. Bethany L. Ehlmann, the principal investigator for the mission, said it would be an eye in the sky to point VIPER to places where water existed, raising the odds of a successful mission.

But Lunar Trailblazer is not scheduled to launch until 2025, tagging along with another spacecraft. That will be long after VIPER will have stopped working.

An earlier launch date would require a new ride for Trailblazer and add to the mission’s price tag.

During the news conference, Dr. Glaze said there were no plans to move up the launch date for Lunar Trailblazer even though the spacecraft would be ready by early 2023, before VIPER heads to the moon.