Women are turned off by men who have a lot of female friends because it means they have ‘many options’ to choose from, study claims

Having a lot of female friends can make men a less attractive prospect to women, a it makes them look like they have ‘many options’ to choose from, a study has claimed.

This makes the men in question look like they might be ‘hard to secure’ — and 40 per cent less appealing — the researchers from Australia’s Monash University argued.

Furthermore, men who advertise have a lot of women as friends can be seen as lacking in humility, the team concluded. 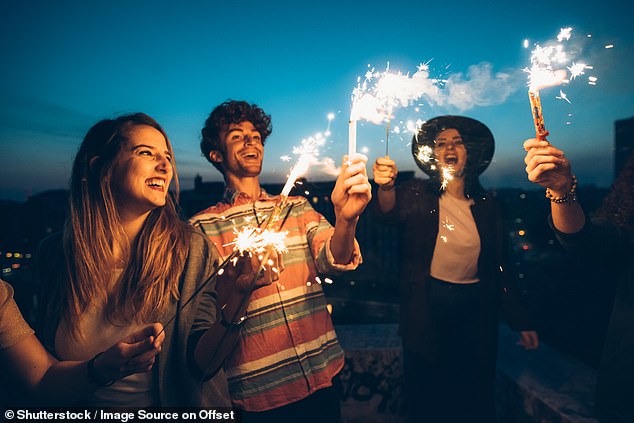 Having a lot of female friends can make men a less attractive prospect to women, a it makes them look like they have ‘many options’ to choose from, a study has claimed (stock image)

The study was conducted by psychologists Ryan Anderson and Cagla Tekin of the Monash University in Melbourne, Australia.

‘Saying one has a lot of female friends may seem boastful,’ said Dr Anderson.

He added that men who report having particularly high numbers of female friends may seem to be exaggerating — which may elicit ‘suspicion and/or distrust’.

In their study, the duo showed various women photos of four men and asked them to rate their attractiveness. Each man had previously been judged to be of a similar level of attractiveness by a separate panel of volunteers.

The participants were told that each man was single and had 300 friends on Facebook — and, in some cases, were also informed of how many of these friends were of the opposite sex.

The researchers found that the men with with most women in their social circles (comprising 9 out of every 10 friends) were rated around 40 per cent less attractive that the gentlemen for whom no friendship information had been provided.

When the genders in the experiment were flipped, the team found that having a lot of male friends similarly made women less attractive to men, albeit to a much lesser degree — reducing their perceived attractiveness by only 10 per cent.

In total, the psychologists ran their test of 224 heterosexual men and women.

While having too many friends of the opposite sex was seen as a turn-off, the researchers also found that there were also drawbacks in having too few of them.

Men with the smallest number of women as friends were rated as being 10 per cent less attractive than those for whom no friendship details were given.

Meanwhile, women with the least male friends were rated by men as being seven per cent less attractive.

The full findings of the study were published in the journal Evolutionary Psychological Science.

Scientists led by Menelaos Apostolou from the University of Nicosia in Cyprus anonymously asked men on Reddit why they thought they were still single.

They analysed more than 6,700 comments and revealed the top 43 reasons why people are unable to find a partner.