Home » Science » Women sit down for 20 minutes extra a day

Couch potato grannies: Retired women sit down for an extra 20 minutes a day – raising their risk of cardiovascular disease

After retirement, women get lazier and sit down for 22 minutes more every day compared to when they were still working, a study has found.

The increase in lounging around is sharp in women and lasts for at least two years.

And whereas men also turn into bigger couch potatoes after retiring, the transition is more gradual.

Researchers say bouts of prolonged sedentary time of half an hour or more each are linked to an in creased risk of cardiovascular disease. 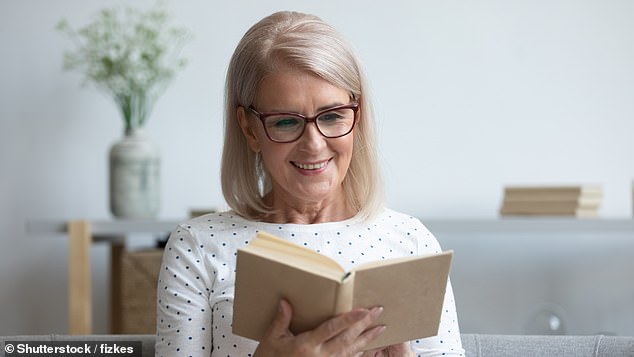 After retirement, women get lazier and sit down for 22 minutes more every day compared to when they were still working, a study has found. The increase in lounging around is sharp in women and lasts for at least two years (stock)

Ms Suorsa and colleagues analysed data on participants in the Finnish Retirement and Ageing Study (FIREA) which began in 2013.

Most (85 per cent) were women and in admin roles or professional jobs, with an average retirement age of 63.

To track the amount of sedentary time, they each wore an activity monitor for seven consecutive days and nights, twice before retirement and twice afterwards.

In the transition period, total sedentary time increased by 22 minutes a day.

People who regularly get a good night’s sleep and are in a healthy nighttime routine are at a lower risk of heart failure than those who struggle to doze off.

A study of more than 400,000 Britons has revealed adults with the best sleep patterns have a 42 per cent reduced risk of heart disease compared to those with an unhealthy relationship with sleep.

The finding accounts for other factors such as age, genetics and the presence of conditions such as high blood pressure, diabetes and obesity.

Around 7.4 million people live with a heart and circulatory disease in the UK, more than double the number living with cancer and Alzheimer’s combined.

Although the study is only observational and does not offer clear causes, the team believes retirement may see an end to social connections and meaningful activities.

This leads to increased time spent at home and in sedentary activities – such as watching TV.

In addition, physical activity during commuting and lunch breaks no longer interrupt periods of sitting.

Ms Suorsa said: ‘Interestingly, prolonged sedentary time did not decrease, but actually increased in the transition to retirement among those retiring from non- manual occupations.’

This is despite previous findings showing workdays include more prolonged sedentary time compared with days off – especially among office workers.

Ms Suorsa said: ‘Since an increase in prolonged sedentary behaviour increases the risk of cardiovascular disease and mortality dose- dependently, retirees should be encouraged to break up sedentary activities.’

The study published in Occupational & Environmental Medicine found the rise in sedentary time in male retirees is more gradual – but the long-term pattern is similar.

Prolonged and highly prolonged periods rose by 34 and 15 minutes a day, respectively. These changes persisted two or more years after retirement.

Men had significantly more daily total and prolonged sedentary time than women at all time points.