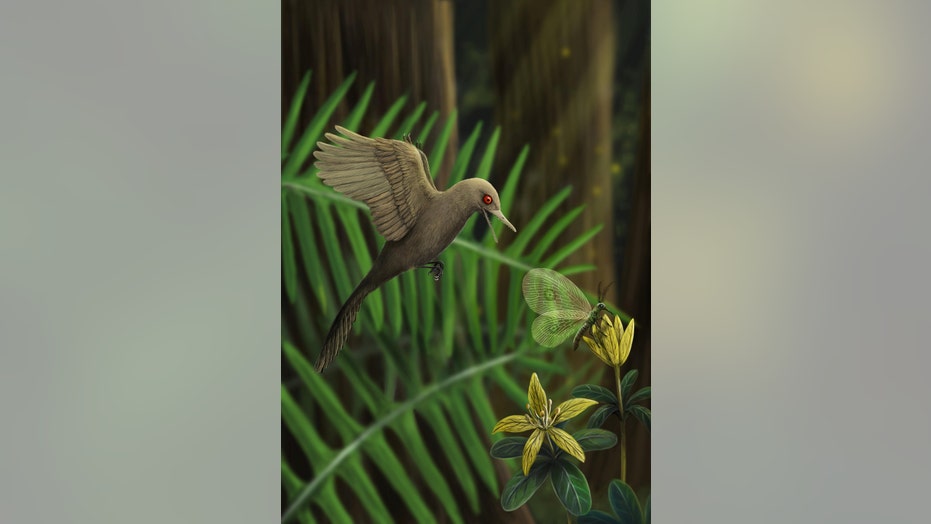 Just a few months after a group of researchers trumpeted their discovery of the world's tiniest dinosaur, the same researchers have retracted their findings, noting it was likely a lizard instead.

The reclassification of the reptile, known as Oculudentavis khaungraae, comes after a separate group of researchers questioned the findings and study methodology that had been published on the bioRxiv server.

"We, the authors, are retracting this Article to prevent inaccurate information from remaining in the literature," the initial researchers wrote in an article in the scientific journal Nature. "Although the description of Oculudentavis khaungraae remains accurate, a new unpublished specimen casts doubts upon our hypothesis regarding the phylogenetic position of HPG-15-3." 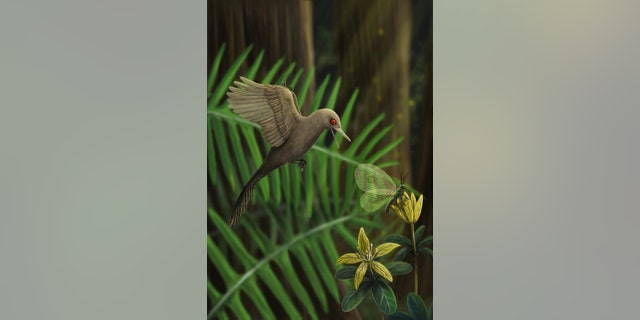 An artistic rendering of Oculudentavis imagining what it looked like preying on an insect. (Credit: HAN Zhixin.)

WORLD'S SMALLEST DINOSAUR DISCOVERED: 'WE'VE NEVER SEEN ANYTHING LIKE IT'

What clued the second group of researchers that O. khaungraae was likely a lizard was the structure that housed its eyes.

"Regardless the intriguing evolutional hypotheses about the bauplan of Mesozoic dinosaurs (including birds) posited therein, this enigmatic animal, however, demonstrates various lizard-like morphologies, which challenge the fundamental morphological gap between Lepidosauria and Archosauria," the second group of researchers wrote in their study. "Here we reanalyze the original computed tomography scan data of Oculudentavis. A suit of squamate synapomorphies, including pleurodont marginal teeth and an open lower temporal fenestra, overwhelmingly support its squamate affinity, and that the avian or dinosaurian assignment of Oculudentavis is conclusively rejected."

O. khaungraae was found encased in Burmese amber in 2016 and likely lived in what is now Myanmar 100 million years ago and "looks like it just died yesterday." The creature died when a small amount of tree resin fell on its head, eventually entombing its skull.

The lizard likely weighed less than an ounce and is believed to be on par with the smallest bird alive today, the bee hummingbird, which resides only in Cuba. Despite its tiny size, it's believed that the diminutive lizard was likely a predator, feeding on insects. 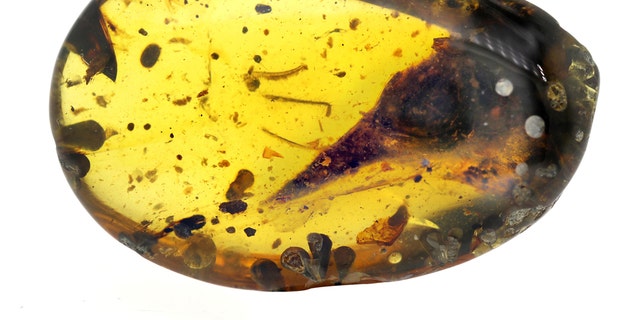 'JURASSIC PARK' GOT NEARLY EVERYTHING WRONG ABOUT DILOPHOSAURUS, STUDY SAYS

It also had wings, a pair of bulging eyes, similar to a lizard, and a beak with approximately 30 teeth, all of which can be viewed thanks to a computer-generated 3-D image.

It's unclear if the lizard was able to fly, one of the original study's co-authors, professor Jingma O'Connor, told Newsweek in March, noting its "weird" and "incomplete" features.

NBC News was first to report the retracted claim.