The Yellowstone caldera gets its chilling label as a supervolcano due to its ability to inflict devastation on a global level. Hiding below the states of Wyoming, Montana and Idaho, the volcano is constantly monitored by the USGS (United States Geological Survey) for signs that a supereruption is on its way. However, researchers were stunned in 2014 when they a study showed it was leaking hundreds, possibly thousands more gas than expected.

Lead scientists Jacob Lowenstern at the Yellowstone Volcano Observatory said: “We had sort of an ‘aha’ moment where we realised, wow, that there’s a lot of crustal helium coming out of Yellowstone — far more than we would have predicted.”

When uranium and thorium decay, they produce helium, or in this case the isotope helium-4.

The gas is gurgling up from a store that’s been trapped in the Earth’s core for up to two million years.

Study co-author Bill Evans explained: “That [two million years] might seem like a really, really long time to people, but in the geologic time scale, the volcanism is a recent phenomenon. 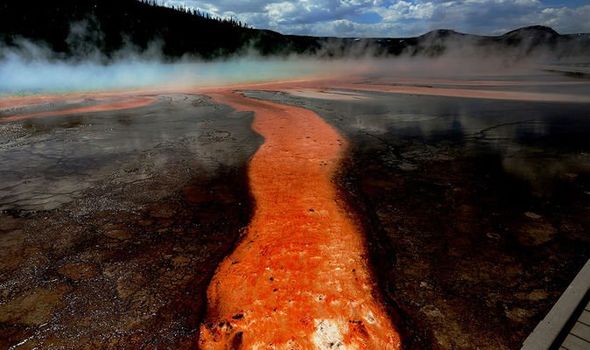 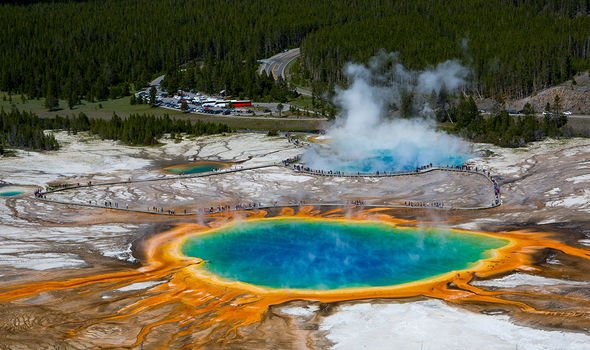 There’s a lot of crustal helium coming out of Yellowstone — far more than we would have predicted.

The helium was initially released when a “hotspot” of collected magma fought its way to the Earth’s surface and caused a series of volcanic eruptions, the most recent of which occurred 640,000 years ago.

Dr Evans added: “Think of it this way – you have these old crustal rocks just sitting around for hundreds of millions, perhaps billions of years.

“They have this boring little existence, and then suddenly somebody puts the heat on under them and they start giving up all their long-held secrets.”

However, this doesn’t mean Yellowstone is any closer to erupting.

“But it reveals how the Earth’s crust behaves on a long time frame.

“The crust ‘holds its breath’ for long periods of time, and then releases it during tectonically and volcanically active bursts.”

In 2004, scientists discovered something “unusual” was happening inside Yellowstone National Park. 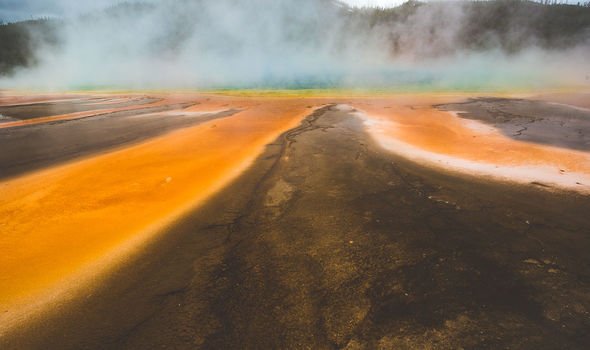 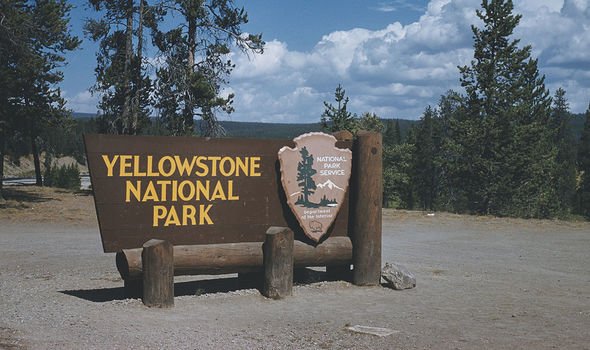 Hank Heasler, who investigated the mystery, said: “They weren’t in a typical death pose, kind of like a cat that’s curled up.

“We think it was just a very cold night, a very still night.

“The geothermal gases accumulated and then the bison just basically dropped where they [were] stood.”

On reflection, scientists came to the conclusion that the bison had been killed by a toxic mix of gas created by the magma below Yellowstone National Park.