Yellowstone Volcano has the potential to be one of the most powerful volcanoes in the world which is why experts continuously monitor it. In the latest Yellowstone Volcano Observatory (YVO) annual report, which details facts and statistics of 2017, scientists display all the seismic activity around the national park. According to the report, 2017 saw 3,427 earthquakes hit the Yellowstone region, with more than 2,000 coming as part of the Maple Creek swarm.

In the summer of 2017, the edge of the park was hit by one the most “persistent earthquake swarms” ever observed in the area.

Almost 2,500 individual tremors registered in three months, with the biggest one reaching magnitude-4.4 on June 16 2017.

According to the USGS report: “This was the second-largest (in terms of numbers of earthquakes) and second-longest (in terms of duration) swarm measured at Yellowstone (the 1985 Madison swarm was larger and longer).”

The USGS also explained why the Norris area experienced uplift in 2017. 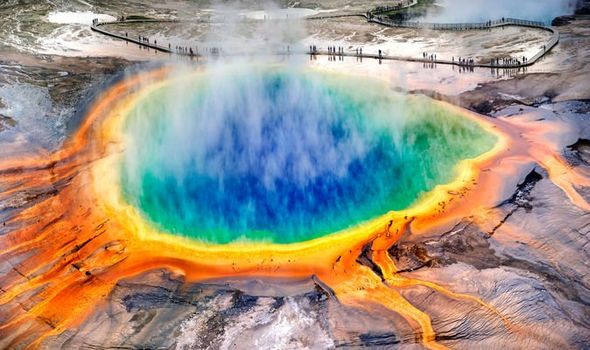 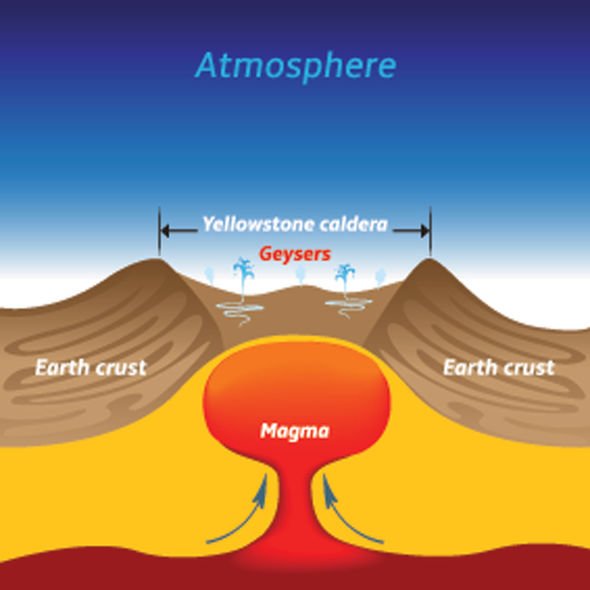 The report added: “In terms of deformation, did you know that the Norris area uplifted for most of 2017, but for a few weeks right at the end of the year, that uplift switched to subsidence?

“The sudden and temporary change in Norris behaviour might indicate rapid migration of subsurface water, which has been associated with previous changes in uplift and subsidence in that area.”

The report also showed how the Echinus geyser burst back into life for the first time since 1998.

Geysers like erupt whenever water and steam get trapped in a tight spot deep below the geyser’s blowhole. 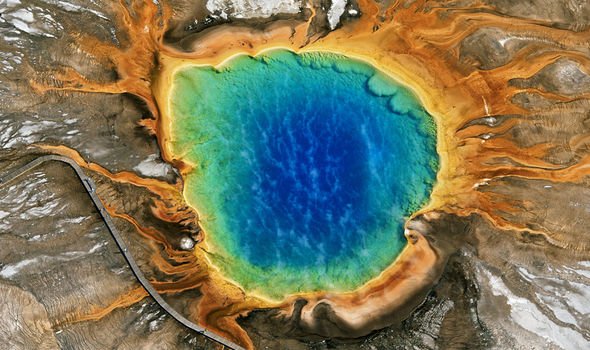 The mix of water and steam builds in pressure until it finds its way to the surface where a tall stream of scorching hot water blasts hundreds of feet in the sky.

The report continued: “That thermal feature, in the Norris Geyser Basin, awoke from dormancy to experience nearly periodic water eruptions approximately every 2 hours during September-November 2017 before going back to sleep—another great example of the dynamic nature of geyser activity!”

The Yellowstone supervolcano, located in the US state of Wyoming, last erupted on a major scale 640,000 years ago.

According to the USGS, the chances of a Yellowstone eruption is around one-in-730,000. 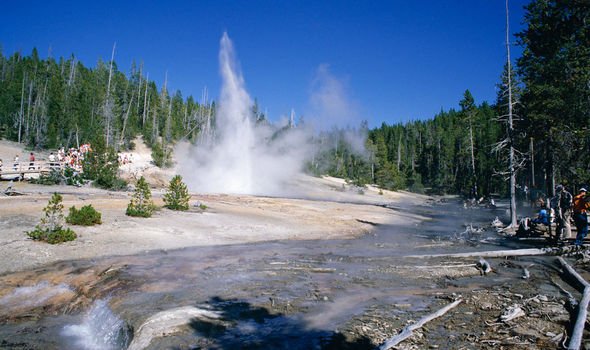 With 640,000 years having passed since the last major eruption, Yellowstone is edging closer to exploding – but it could still be thousands of years away.

However, experts are preparing for the worst now, and are studying how a major eruption, which could instantly wipe out large swathes of the US, could be prevented.

One NASA employee believes he has found a unique way to stop a major eruption – by feeding cold water into Yellowstone’s magma chambers.

NASA engineer Brian Wilcox hopes to stave off the threat of a super-eruption is to cool down the magma in the chambers inside the volcano. 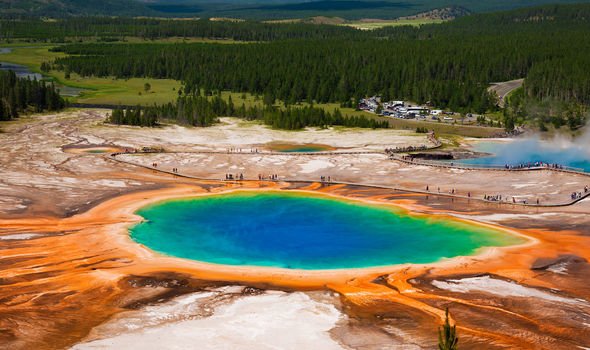 Around 60 to 70 percent of the heat generated by Yellowstone seeps into the atmosphere, but the remainder builds up inside. If enough builds up, it can trigger an eruption.

By drilling 10 kilometres into Yellowstone, the NASA employee believes it would be possible to pump high-pressure water which will allow the cool liquid to absorb some of the heat, before it is pumped out again.

The proposal would also have the added benefit of using the steam from the water and magma combo to create carbon-free geothermal electricity at a much cheaper rate than any alternative energy currently available on the market. 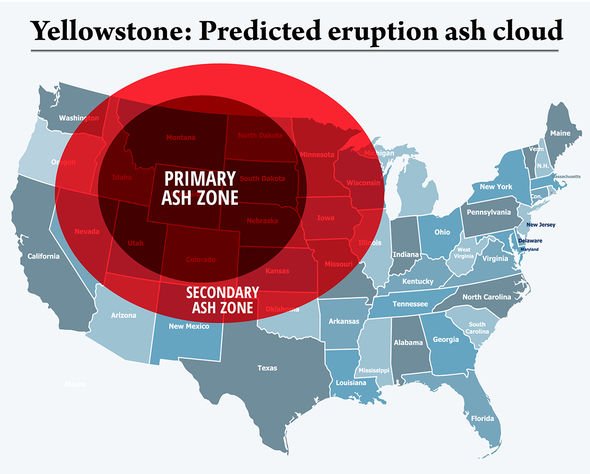 Mr Wilcox told Mr Walsh: “The thing that makes Yellowstone a force of nature is that it stores up heat for hundreds of thousands of years before it all goes kablooey all at once.

“It would be good if we drained away that heat before it could do a lot of damage.”

Others, however, are not so convinced about the feasibility of Mr Wilcox’s idea.