The Yellowstone caldera, which lurks beneath the first ever US national park, gets its chilling nickname as a supervolcano due to its ability to inflict devastation on a global level. Spreading across the states of Wyoming, Montana and Idaho, it is constantly monitored by the USGS (United States Geological Survey) for signs that a supereruption is on its way. However, as part of their “Volcano Hazards Programme,” scientists calculated the potential effects as a result of a “large eruption at Yellowstone”.

The team used historic data to get an idea of what a future event could look like, producing a scientific paper in 1982.

“They noted that decreases in surface temperatures after the eruptions were of similar magnitude (0.18-1.3C).

“The amount of material injected into the stratosphere, however, differed greatly. 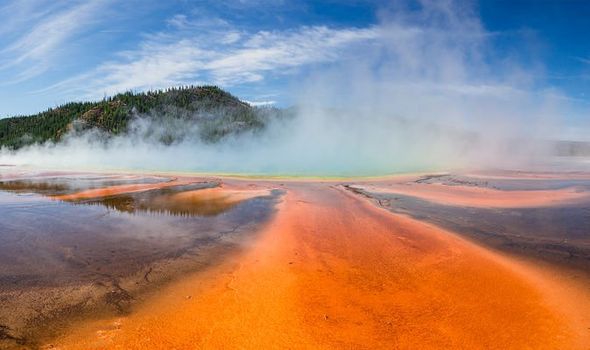 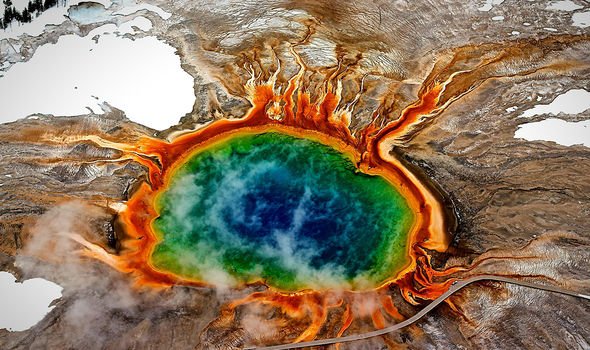 “By comparing the estimated amount of ash vs sulphur injected into the stratosphere by each eruption, it was suggested that the longer residence time of sulphate aerosols, not the ash particles which fall out within a few months of an eruption, was the paramount controlling factor.”

The paper goes on to predict how these effects can be transferred to the Yellowstone caldera.

It adds: “If another catastrophic caldera-forming Yellowstone eruption were to occur, it quite likely would alter global weather patterns and have enormous effects on human activity, especially agricultural production, for one-to-two decades.

“In fact, the relatively small 1991 eruption of Mt. Pinatubo in the Philippines was shown to have temporarily, yet measurably, changed global temperatures.

“Scientists, however, at this time do not have the predictive ability to determine specific consequences or durations of possible global impacts from such large eruptions.” 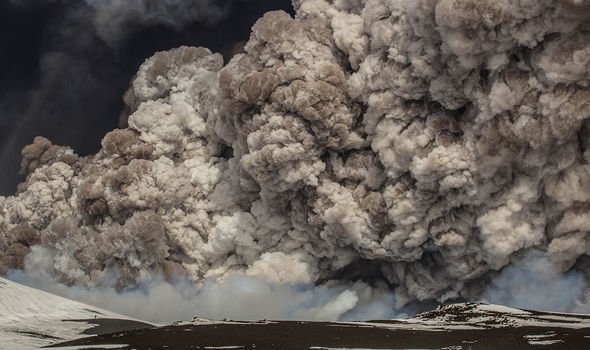 Self-proclaimed experts reach this conclusion by calculating the difference in time between each event. However, USGS Scientist-In-Charge Jake Lowenstern has rubbished such claims.

He told viewers on the USGS YouTube channel in 2014: “When you see people claiming it’s overdue, usually the numbers they come up with say the last eruption was 640,000 years ago, but it erupts every 600,000 years.

“If you average those numbers you come up with something that’s over 700,000 years. 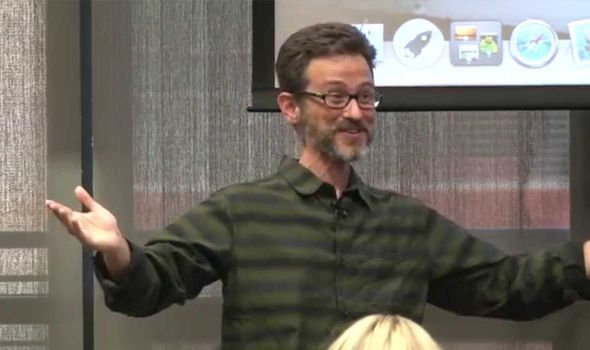 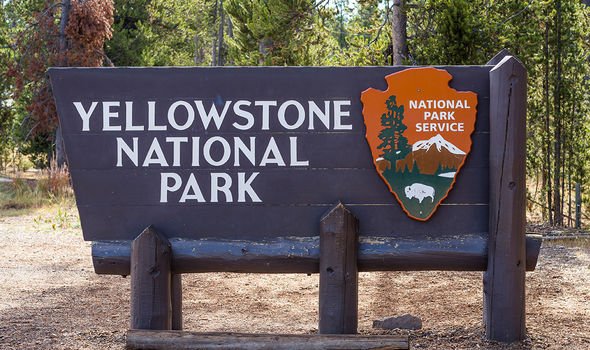 “So, in reality, even if you tried to make this argument, it wouldn’t be overdue for another 70,000 years.”

Dr Lowenstern went on to state even this calculation is questionably useful.

He added: “The other thing that is important to realise is that when they do statistics based on two eruptive intervals, they are just playing games.

“Because we don’t know. There’s no clock down there, the magma is going to erupt when it wants to erupt.

“There’s been a lot of things that have happened over the last 600,000 years that might indicate there’s less likely of an eruption.“