Not only would a powerful explosion at the Yellowstone Caldera completely decimate large swathes of the US, but the repercussions could be felt worldwide, a recent video from Naked Science explained. One analyst compared a potential Yellowstone eruption to previous massive eruptions throughout human history, and the outlook does not look good. The last Yellowstone eruption, in 630,000 BC, would have ranked at an eight on the Volcanic Explosivity Index (VEI) – the highest on the scale.

The world has not seen an eruption like that in human history, but Indonesia’s Tambora volcano eruption in 1815 ranked at number seven on the VEI.

The Indonesia eruption was so powerful ash was thrown into the atmosphere, darkening the planet for several years, with 1816 becoming known as ‘The Year Without a Summer’.

Temperatures across Europe plummeted by 3.5 degrees Celsius, leading to food shortages and famine. 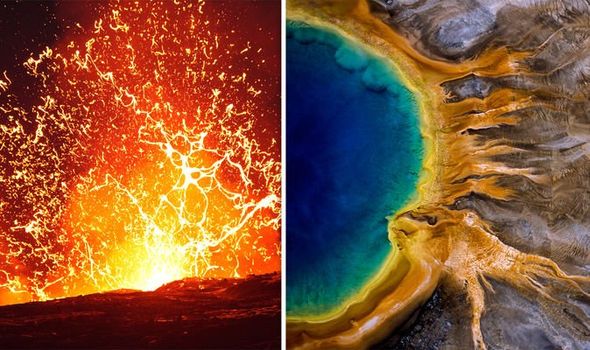 Jesse O’Connor, a senior guide at Yellowstone, wrote on Q+A site Quora: In that the most recent Yellowstone hot spot eruption of 1,000 cubic kilometres of ejecta was considerably larger than the AD 536 eruption of Eyjafjnallajokull.

“A Yellowstone eruption would undoubtedly impact Europe, and Russia even more so, unfavourably.”

Closer to home, an eruption at the volcano in Wyoming would obliterate anything within a 50 mile radius of the eruption zone, according to Naked Science. 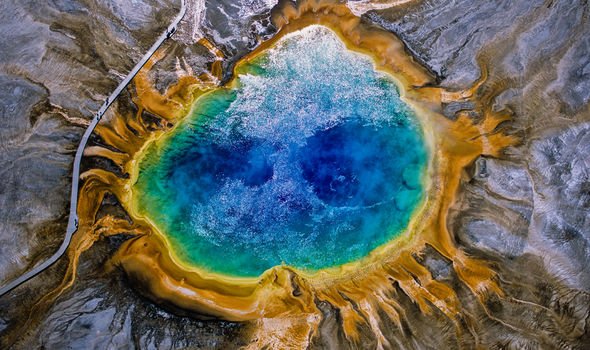 A huge ash cloud could cover the United States within three days and planes would drop from the sky.

The massive eruption could be a staggering 6,000 times as powerful as the one from Washington’s Mount St Helens in 1980 which killed 57 people and deposited ash in 11 different states and five Canadian provinces.

However, experts have insisted there is a very small chance of an imminent eruption.

The USGS says the odds of such an event are 0.00014 percent – lower than the chances of a civilisation-destroying asteroid hitting.