A potential Yellowstone volcano eruption is not the only dire threat facing the supervolcano complex, a study of the national park has found. Scientists studying the Yellowstone caldera landscape have found years of fire, drought and spiking thermometers have pushed Yellowstone forests to the brink. A research paper published in 2019 in the journal Ecological Monographs warned Yellowstone’s forests stand on the “tipping point” of degrading into permanent grassland.

Yellowstone faces widespread fires every 100 to 300 years on average but much of the volcanic caldera’s neutral habitats have adapted to this cycle.

The last major fires struck the supervolcano in the Northwest US in June 1988, setting ablaze to vast swathes of the park.

Yellowstone officials expected rainfall to contain the blaze by July but a combination of dry weather and winds worsened the fires until September that year.

At least 36 percent of the volcanic national park was affected by the flames, costing up to £92.45 million ($120) in firefighting efforts.

Scientists are now concerned warming climates mean Yellowstone’s forests are ill-equipped to recover from such damage. 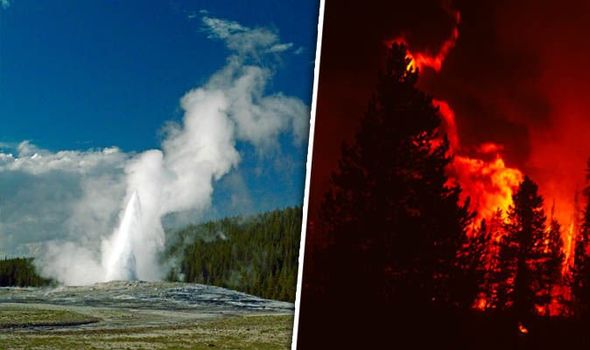 According to Winslow Hansen, Columbia University, Yellowstone forests risk turning into grassland as early as the middle of this century.

Study co-author, professor of integrative biology Monica Turner, said: “It’s terrifying in some ways. We are not talking many years away.

“Today’s college students will be mid-career. It feels like the future is coming at us fast”

Yellowstone is now on average nearly two-degrees Fahrenheit warmer than it was 60 years ago.

These temperature differences make it harder for Yellowstone’s native pine trees to repopulate after fires.

It feels like the future is coming at us fast

Typically, after a fire ravages through Yellowstone, Lodgepole pines high up around the park release pine cone seeds to repopulate the ground with new saplings.

But the drawn-out process requires a lot of time – time which is running out as thermometers grow warmer.

Professor Hansen said: “Fires are being driven by hot, dry conditions and these are trends that are expected to continue. 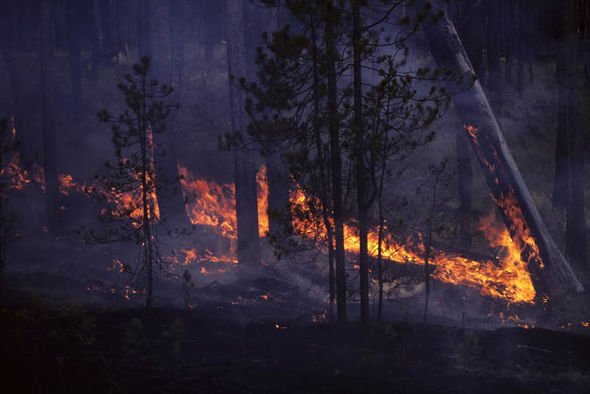 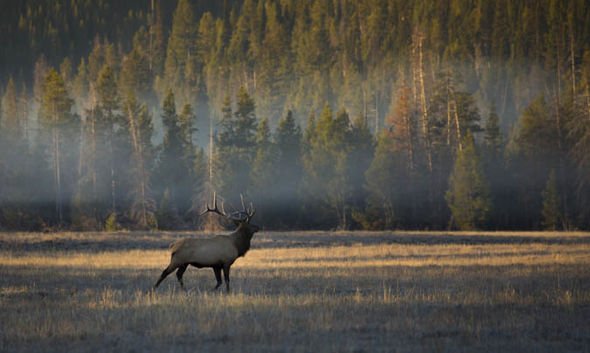 Another major problem revealed by Professor Hansen’s research is trees more adaptable to warmer and drier soil, like the Douglas fir, have failed to establish themselves in Yellowstone.

Up to 92 percent of the seeds tested at lower elevations of the park have failed to grow and those that did, died within the space of three years.

Professor Turner said: “It wasn’t just a small reduction, it was a failure to establish at the lower elevations.”

If the change in Yellowstone’s landscape continues unchecked, Professor Hansen warned Yellowstone “may be a very different place to live and visit over the next few decades”.