Chronic wasting disease (CWD) has now been found in deer populations across 26 states in the US since it was first discovered at the turn of the millennium. A year after contracting the disease, deers begin showing zombie-like symptoms, including progressive weight loss, listlessness, drooling, lack of awareness, lack of fear and aggression. There is no cure for CWD and it is 100 percent fatal.

CWD is a prion disease, which means it falls into the same category as bovine spongiform encephalopathy (BSE), also known as mad cow disease.

The symptoms are also similar to the human equivalent of mad cow disease, Creutzfeldt-Jakob disease (CJD) which is also incurable and killed more than 100 people in the UK in the 80s and 90s.

Now, experts are warning a similar outbreak could be on the horizon.

In North America, deer hunting is a popular sport with many consuming the meat after the kill. 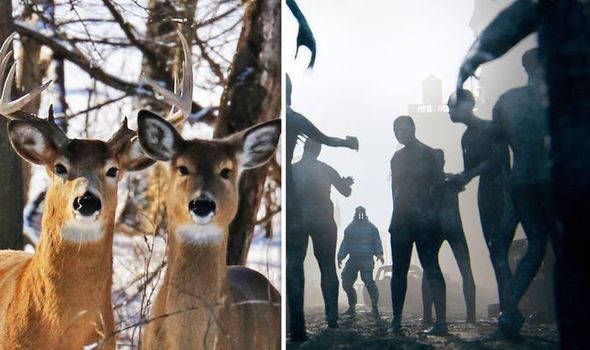 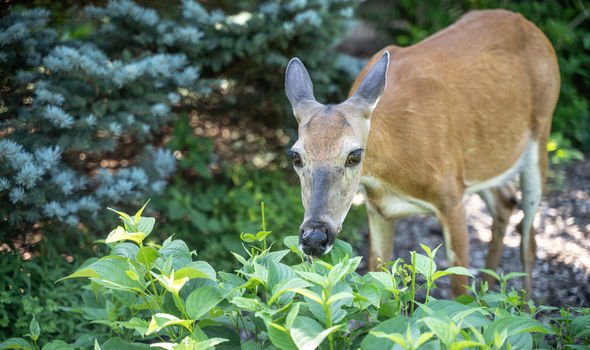 Dr Michael Osterholm from the US Center for Disease Control told the Independent: “We could be having human transmission occurring today and we wouldn’t even know it.

“The key issue here is that unlike the mad cow disease, here we see (chronic wasting disease) in the muscle as well, so it’s actually much more present in the meat that you’re eating.

“Cooking doesn’t do anything to destroy it.”

There are already a countless number of parasites which have the ability to ‘zombify’ their host. 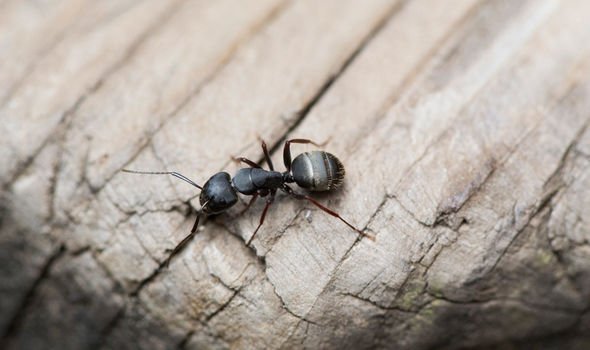 Theoretical evolutionary biologist Athena Aktipis of Arizona State University, who runs the ‘Zombified’ podcast, said these parasites can control their hosts to essentially do whatever they want.

Prof Aktipis said: “If you actually look at the proportion of species overall that are parasitic in one way or another, more than half of the species that we know on Earth are parasites.”

One such example is the Ophiocordyceps fungus, which effects the carpenter ant.

Once the fungus is inside the ant, it takes over the body forcing the ant to leave its colony.

DON’T MISS
Is a parasite from your cat causing you to blow your top? [STUDY]
Live forever: Wonder drugs kill zombie cells and prevent diseases [ANALYSIS]
Back from the DEAD: Woman in morgue fridge discovered to be ALIVE [INSIGHT] 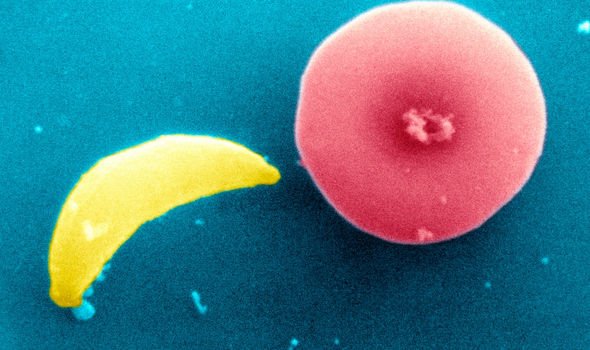 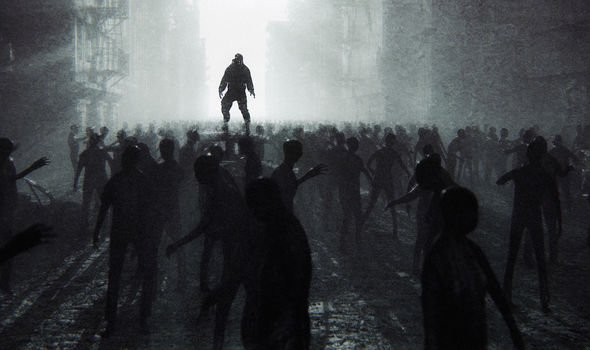 When the ant is where the fungus wants it to be, the ant bites down on the surface until it gets lock jaw.

Then the fungus grows from the ant’s head and releases spores, completing its life cycle.

Charissa de Bekker, an assistant professor of biology at the University of Central Florida, said: “We’re totally convinced that the behaviours that the ant show are all to benefit the fungus.”

And the researchers said that a similar phenomenon is also infecting humans. 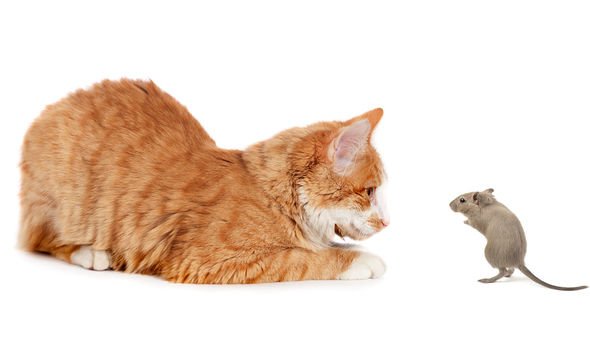 According to the Centers for Disease Control and Prevention (CDC), around 40 million Americans carry a single-cell parasite called toxoplasma gondii.

Research has shown the parasite can infect rats to make them attracted to cats’ urine.

Once the rats get close, the cat eats them and then as humans interact with cats, such as cleaning their litter tray, the parasite can then infect a person.

Prof Aktipis said the parasite “somehow evolved to make a rat get turned on by the smell of cat urine, so it goes up to a cat and snuggles with it, and then it gets eaten which completes the life cycle of the toxoplasma. If that’s not zombification, then what is?”