Home » Sport » 4 Points: Close games in a climate for change

Five games were decided by less than a goal. There were thrilling close contests that provided the perfect reasoning that the game should be left alone.

Close games didn’t change anything about what ails the game, it just meant there were five enjoyable, watchable, close games this week.

Players and ex-players were moved to comment on the need to leave the game alone and abandon the folly of rule changes. They sounded like Andrew Bolt declaring there to be no climate change when it gets cold in winter.

The fact is The Game is not bad, but it could be better. Games are not always bad because good evenly matched teams playing one another will often produce a good close contest, which is not to say they are always good. They were good exciting games this weekend … and then, on the other hand, Carlton got smashed again. No end of rule changes right now will fix that.

The close games would not have been made worse by rules that would not let coaches send their forwards behind the ball and stack the defence after a goal in the tight dying minutes of the matches. Indeed it would only potentially have made them more exciting when the idea of another quick goal was all the more possible. 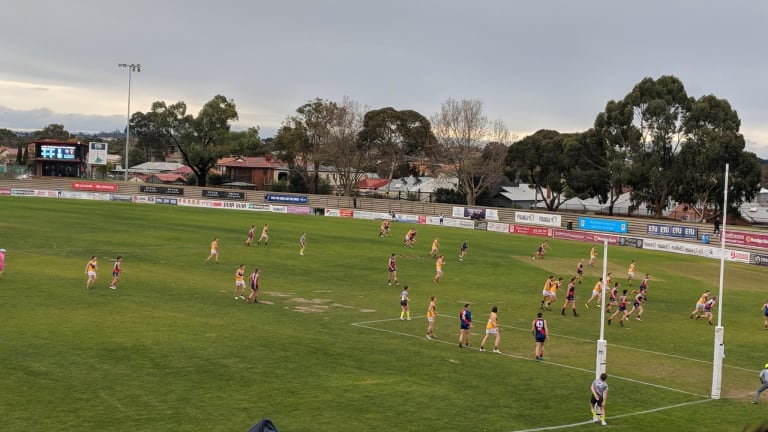 Taking the lead: Coburg and Werribee trial the proposed AFL rule changes in VFL on Saturday.

Tight games would not have been made worse by making the goal square bigger to make it more attacking for the defending side to clear the ball out of their deep defence.

The rule options as they have been described thus far are not intended to up-end football into another game, they are hoped to improve the game. The danger is they make it worse. Presently there is no evidence of that.

Pete Ryan who went to Coburg on Saturday for The Age to watch the VFL game reported the changes only had minimal impact but what impact they did have was marginally for the better.

The problem for the AFL is who is selling this idea of change. The AFL is its own worst salesman.

The proposed rule changes are being drafted by the same people who brought you AFLX and the video review. The people who said games had to be played and money investment in South Africa as the next frontier of football then abandoned it to go to Western Sydney and Gold Coast.

They are the same people who said they would trial these rules in some dead rubber home and away matches one day and then changed their minds the next.

Gill McLachlan’s lamentable decision to declare a trial in three dead-rubber home and away matches only to then change his mind a day later furthered the idea they were making everything up on the run. The AFL seems as sure of itself as Coles on plastic bags (though it would be very un-AFL not to charge for something).

Steve Hocking and his team have been at pains to be scientific about researching these changes and setting ideas against data and trials. They have got smart people involved with the best of intentions at heart and then they were made to look like they were making it up on the fly.

The exception was Sydney-Collingwood. It was a close game but not a good one. The small SCG ground rarely lends itself to attractive contests and this was a case in point. It was a mob around the ball migrating from end to end in a cluster. It was a game made better by two things: the close result and Buddy Franklin.

Franklin saved the spectacle because he was the spectacle. He is the AFL’s most watchable player in that form. And he was superb. Only a rule against talent might have stopped him.

What is also true is Alastair Clarkson had a good and reasonable starting point for this rules conversation: before you change rules, apply the ones you have already. Try to open the game up by rigorously applying the rules that are there now. Which is true, but also comes from the first fundamental point that something needs to be done.

What is also true is the state of the game cannot be disconnected from the dilution of talent in the game. Two more teams has meant there are 90 players on club lists that would not be there otherwise. There is no rule change for that.

Collingwood changed its fitness staff in the off-season, a decision to that stemmed from their club-wide review.

Most other elements of the review have proven to be correct, accurate and validated by performance.

But not all. Collingwood’s fitness and conditioning has been an unmitigated disaster.

At the end of last year Collingwood sacked Bill Davoren and essentially replaced him with his underling Kevin White.

Davoren supporters will not enjoy watching players get injured, but would indulge some schadenfreude at the breaking down players and say ‘I told you so’.

Supporters of the change will argue this long injury list might is only a consequence of having to fix an inferior program last year. The argument goes that when you change a program and build in new weights or strength components you risk players breaking down before they improve.

That might be true, but it is impossible to believe they would have anticipated this level of carnage.

How do the Suns get the best out of Tom Lynch’s decision to leave? He is a restricted free agent so it is open to them to match any offer that comes in for him, that Lynch agrees to take. 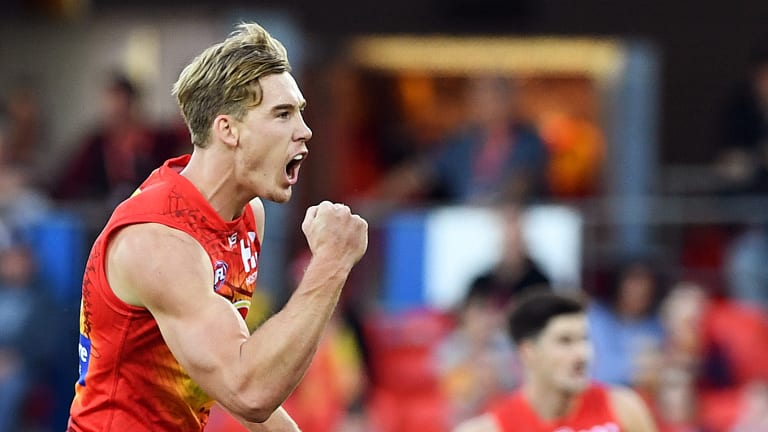 If they do that, then it is up to the destination club to trade to get him. If the Suns don’t match, then the player goes and they get compensation, which will be a pick after their first draft pick which is likely to mean pick 3.

Realistically they will not match the bid because, A) they have already taken the captaincy off him and indicated their displeasure at his decision.

And, B) it is unlikely any trade will improve on pick 3 in the draft.

So the Suns take pick 3, the freed up million plus in the salary cap and make the best of things.

THE ELEMENT OF DOUBT

The video reviewer at the Adelaide Oval was right. He could not overturn the goal umpire’s call that Josh Jenkins kick had shaded the post.

And counter-intuitively so too was Ken Hinkley right when he criticised that decision.

Which is in essence the problem. If you have a video review you should have proper video to refer it to.

And this is Ken Hinkley’s point.

When the player himself can say he thinks it hit the post, and calls his teammates to set up for a kick in (Josh Jenkins should be applauded for his post-match honest). When the coach can bang the desk in anger at it hitting the post, then there was clearly some doubt.

But in the circumstances the right decision was achieved – it folded back to umpire’s call, which is the message that should have been up on the scoreboard but wasn’t.