Football Federation Australia, like so many sports organisations, cops plenty of flak from soccer fans.

They are often accused of heavy-handed responses to minor offences or criticisms, or of adapting marketing and engagement strategies that traditional soccer supporters feel often insult them (the Star Wars promotion, anyone) and don't suit the sport.

There is a feeling in some quarters that too many executives at head office are blow-ins from other sports attracted by the money and prestige of being involved with the world game but lacking the empathy and devotion to the game itself that should go and in hand with such a responsibility.

Whether that's the case is hard to say. But many of the FFA's senior management team in the decade and a half that the Lowys – Frank senior and his son Steven – have been in charge of the game have been recruited from other sports and have had little connection to the game.

The ugly imbroglio between the professional game and the beleaguered chairman, Steven Lowy, continues, and it still has the potential to rip the game asunder if FIFA wade in and impose a normalisation committee in a bid to exert their own control over the warring factions and find a peaceful solution to the governance issue.

So, with a new season approaching and a distinct lack of goodwill from the core fanbase, the last thing the FFA needed was a wave of outrage generated by a  response during a media briefing about new initiatives in marketing, digital and active fan engagement for the upcoming season.

It's sods law, of course, that the issue that sparked the recent wave of social media protest – the idea of sparsely supported clubs playing music during ''dead moments'' of the game – should have dominated discussion while other equally pressing issues went under the radar.

The A-League's general manager, Greg O'Rourke, was the man who had to wear the opprobrium after letting the notion slip in what he said was a bit of freelance riffing as he improvised an answer to a question about generating better fan atmospheres at games. 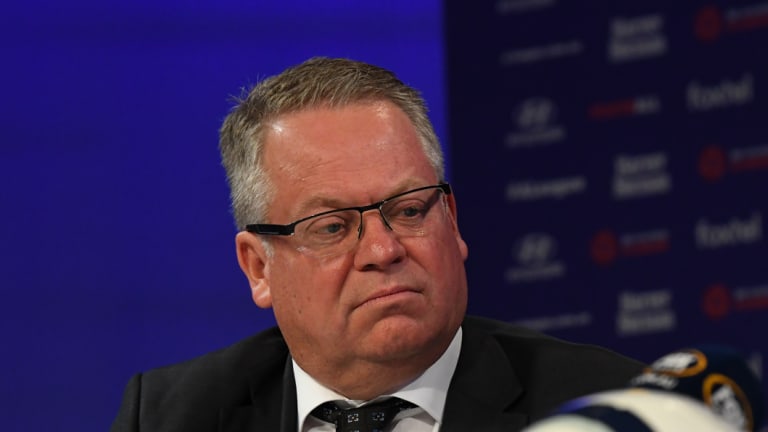 When the dust had settled a few days later O'Rourke admitted the faux pas, which he put down to him ''going off script a bit" and musing about how rugby league clubs he had watched in recent weeks had used music to try to drum up crowd interest during scrums, knock-ons and other periods when the game had stopped.

Was he naive not to expect the response he got?

In retrospect, O'Rourke admits that he might have foreseen the brouhaha that his remarks would have generated.

To any hard-core soccer fan the idea of playing loud music at corners, goalkicks and substitutions is not just tacky, its anathema to the whole ethos of a sport in which the crowd generate atmosphere, emotion and passion.

Both of those have their individual cultures and attractions – but soccer fans, rightly in my view, believe the world game doesn't need such gimmicks.

But it's hard not to feel sympathy for the A-League boss in one sense, given that most of the rest of his briefing was lost in the outrage occasioned by the notion of superimposed music.

In a later conversation, O'Rourke argues that the penny has dropped in head office and that the FFA is crucially aware that it needs to woo traditional fans and those who have been alienated back to the game.

He has been meeting leaders of active supporter groups at the big Melbourne and Sydney clubs, in his words ''asking them about what's stopping them coming to the game''.

Fans of all stripes are routinely critical of the way the police send huge numbers of officers, often dressed as if for a riot, to soccer games when their presence at other sports is much more low profile.

O'Rourke has been talking to senior officers in Victoria and NSW about the optics of such tactics, and whether they help the atmosphere and public behaviour.

He also says the FFA has been thinking hard about a digital and marketing strategy, how to turn participants into fans and make the best of marquee players.

''The FFA and A-League management has been working with active fans, police, spectator marshalls, security companies and stadiums to understand what the challenges of active fandom are, and how we resolve the differences,'' he says.