The big eight has become nine, and they've banded together to form a lobby group with the aim of campaigning for common causes with the ACT government.

It's led to the birth of the Coalition of Major Participation Sports ACT. 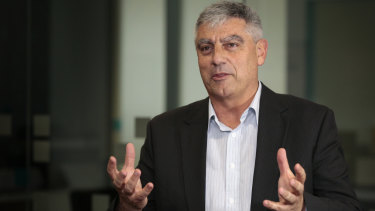 The state bodies for Australian football, basketball, cricket, soccer, hockey, netball, rugby league, rugby union and tennis have been meeting every six-eight weeks over the past year or so, but have only recently become a formal body on the ACT lobbyists register.

Canberra Region Rugby League general manager Mark Vergano said they don't have a formal structure – there's no president and they rotate chairing and hosting their meetings through all nine sports.

About a year ago eight sports – the above list minus tennis – threw their weight behind the "every chance to play" initiative, where they targeted sponsors to help make sport more affordable for Canberra children.

That same group, plus tennis, are now working together to better the ACT's sporting landscape.

"We've been working together for a while. It's nine major participation sports, in effect it's a co-operative, ad-hoc arrangement looking at issues that effect all of our sports – the common-themed issues around the place," Vergano said.

"Nine of us get together every second month roughly to talk about common issues for us across sport."

Vergano said the demise of ACT Sport several years ago gave rise to the need for the new body.

He praised former Cricket ACT chief executive Cameron French for being the driver behind the initiative.

"When ACT Sport disappeared there wasn't a common fora for sports to get together so this one just popped out a bit out of COMPPS [the Coalition of Major Professional and Participation Sports]," Vergano said.

"At the national level all the sports got together so locally we thought this was an idea to share information and see how we can work with each and with government in different areas.

"The initial driver was probably Cameron French, before he left cricket and went to Sport Australia."