Home » Sport » AFL and racism: ‘It’s all white people talking about it’ 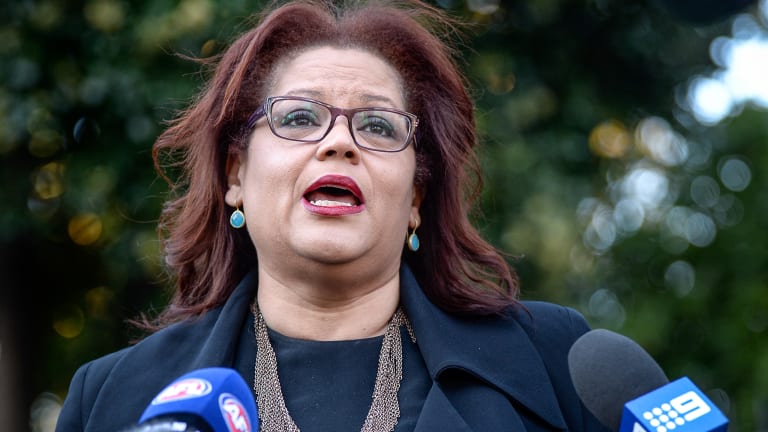 The AFL's general manager of inclusion and social policy has questioned why Indigenous off-field representation among clubs and the league cannot mirror on-field figures and has taken a swipe at media debate by "white people" about racism.

Tanya Hosch said the on-field spectacle for decades had been enhanced by the skills of Aboriginal and Torres Strait Islanders but said greater focus was needed on developing talent among coaching and executive ranks.

There are only three Aboriginal or Torres Strait Islander coaches amongst the AFL's ranks of roughly 180 – assistant coaches Andy Lovell (Gold Coast), Roger Hayden (Fremantle) and Xavier Clarke (Richmond) – while there is minimal representation in other areas. Collingwood, however, have Jodie Sizer, a Djab Wurrung/Gunditjmara woman and the founding partner and co-chief executive officer of PricewaterhouseCoopers Indigenous Consulting, on their board.

"Well, this is a challenge, not just for clubs but for the whole industry … certainly there are not many blackfellas at AFL House, I can vouch for that," she said.

"It can be a bit of a lonely existence. I suppose the thing is, I look at this game, I have watched it my whole life, I grew up in Adelaide, I still live in Adelaide … I have watched this game my whole life and I know that Aboriginal and Torres Strait Islander players have made an absolutely stunning contribution to this game for decades and decades, with absolute fearlessness and courage and a spectacular lot of talent, so somehow can celebrate the achievements on the field but in other ways we forget about blackfellas in any other area.

"I played a bit of footy in high school, I was crap at it, just played it because I was angry at the time, but I realise that this must be one of the hardest games in the world to be really good at. It's increasingly competitive. So if we can achieve 10 to 11 per cent consistently of Aboriginal, Torres Strait Islander men playing this game at the elite level, why can't we have employment rates across the industry that mirror that? 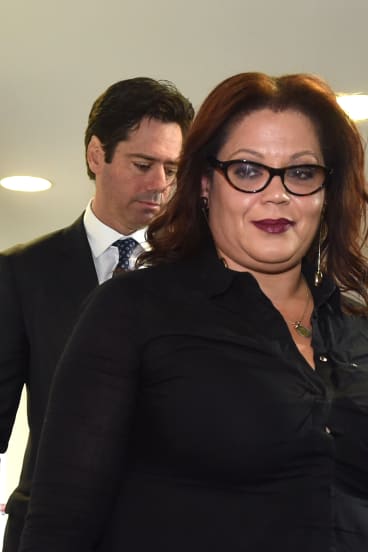 "It's incredibly competitive to make it to the elite level of this game and we consistently see people from Aboriginal, Torres Strait Islander backgrounds doing that despite coming from incredibly disadvantaged backgrounds and circumstances. We do have to take that other challenge more seriously. We do need to see more Torres Strait Islander people in decision-making roles in this industry, including boards."

Hosch, a Torres Strait Islander woman, said an Indigenous presence would bring a "uniqueness" into a board's conversation.

"I know when you have a blackfella in the room, in all sorts of rooms, it does tend to make the conversation a bit different. You can call it tokenism if you like but I have used tokenism to great effect on many, many occasions," she said.

"If you can bring your cultural identity into the room, then that makes you even stronger and it just is a much bigger asset."

Bulldogs president Peter Gordon spoke of the club's development through the years and why it was so important to have a reconciliation blueprint, prompting Hosch to praise the move.

Hosch also called for greater Indigenous representation in the mainstream AFL media, facetiously describing much of the current debate about racism as one of her "favourite things in the world".

"Other than Marngrook (Footy Show), I don't understand why footy media is just full of white people. I just don't get it," she said.

"We have got some of the best people that have ever played the game and that's one of the areas where I am totally confused. I think about the AFLW tag line – you can't beat what you can't see. I feel like that is one of the next frontiers for us, to see Aboriginal, Torres Strait Islander people presenting footy and talking about footy.

Well, this is a challenge, not just for clubs but for the whole industry … certainly there are not many blackfellas at AFL House, I can vouch for that.

Hosch said Indigenous past players were working "to take their voice into the industry". This was through the Indigenous Past Players Group, led by former Brisbane Lions and Fremantle midfielder Des Headland and retired stars Michael O’Loughlin and Gavin Wanganeen.