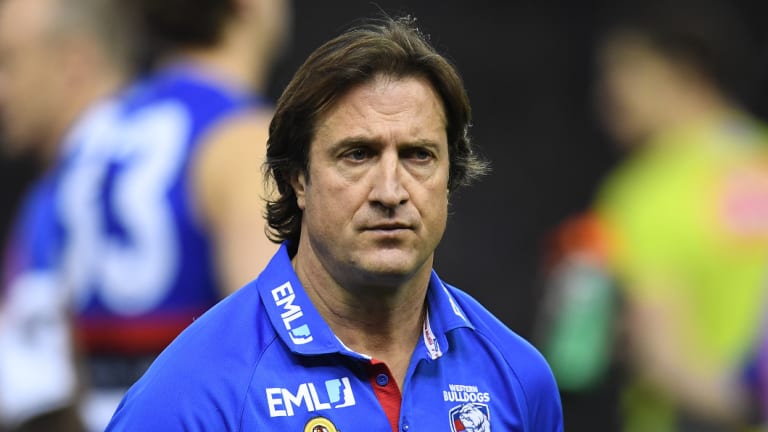 The Dogs will enter 2019 with a vastly different list to the one Luke Beveridge started with in 2015.

What went right? The Dogs became one of the youngest sides in the competition, and there were positives with many of the kids. Ed Richards looks a serious player off half-back, Billy Gowers was regularly a forward threat and ended up topping the goalkicking, Patrick Lipinski emerged as a likely type, and Aaron Naughton performed solidly in an often-undermanned and inexperienced defence. Meanwhile, Toby McLean continued to establish himself and Josh Schache showed glimpses to suggest he could still live up to the expectations of being a No. 2 draft pick.

What went wrong? This was the year it became clear 2017 wasn’t just a premiership hangover. Having already lost a handful of 2016 premiership players through retirement and trading, the Dogs were unable to get several more on the park for much of the season. Liam Picken didn’t play at all as he battled concussion, while Tom Liberatore went down in the first game with a knee injury. For much of the season the Dogs were faced with an enormous injury list, highlighted by the fact only two players – McLean and Jason Johannisen – played all 22 games. Other flag heroes, like Luke Dahlhaus and Caleb Daniel, were inconsistent, while for the second straight year the Dogs struggled to find a reliable goalkicker.

Likely best and fairest? Jack Macrae was unlucky not to win the Charlie Sutton Medal last year, but he should be hard to beat in 2018 after averaging more than 32 disposals across 19 games, having missed three through injury. McLean, Lachie Hunter, Johannisen, Marcus Bontempelli and Zaine Cordy should also feature prominently in the count.

The one thing they need? On-field stability. So much of the last two seasons has been spent chopping and changing, with players losing their spots in the team due to form and injury. With a raft of free agents and experienced players out-of-contract, plus premiership players Shane Biggs and Clay Smith having already retired, the Dogs will enter 2019 with a vastly different list to the one Luke Beveridge started with in 2015. There is promise, though, and the Dogs loom as one of next year’s intriguing sides.