Home » Sport » Alan Shearer: I fear what Champions League defeat would do to Liverpool

IT would be a nightmare for Liverpool if they do not win a trophy this season.

They have played some incredible football and produced some magical moments. 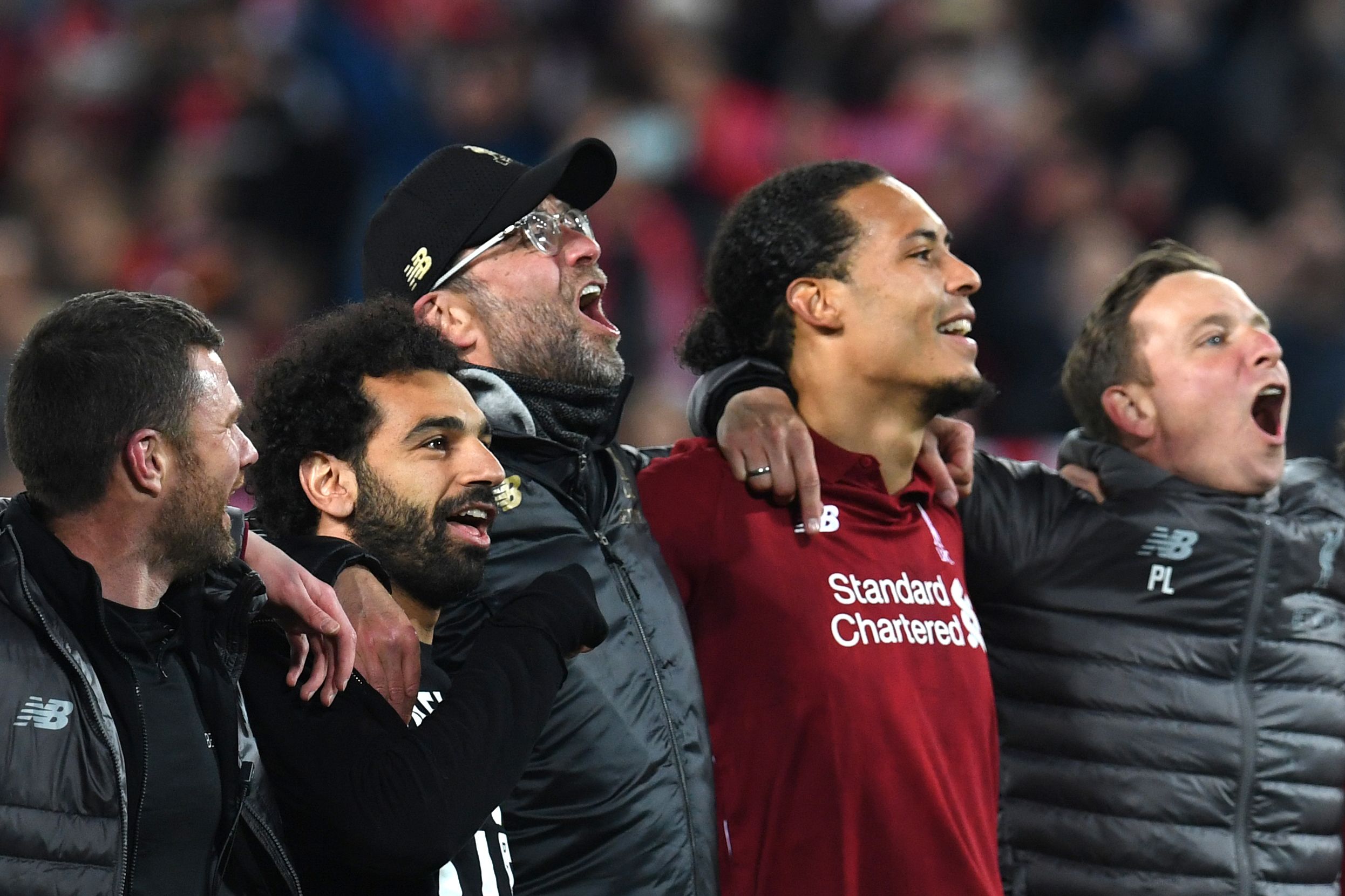 They battled Manchester City all the way in the Premier League, accumulating 97 points that would have seen them win the title in any season bar the last two.

And, against the odds, they have reached the Champions League final for a second year running.

So if they still end this campaign without any silverware, you have to fear what it will do to their confidence and mentality.

It would be a long, hard summer for Liverpool.

However, boss Jurgen Klopp would probably try and dress it up.

Because it is difficult to know how they can actually play any better.

And it is not as if City are going away.

Klopp needs a trophy to show for all the brilliant work he has done at Anfield.

But he has lost his last six finals — three with Liverpool and three with Borussia Dortmund.

If it was just one or two, then it would not make a difference.

But six… Klopp will be thinking about that on his way to Madrid.

On form, his side should beat Spurs.

They did the double over them in the League this season.

And there are not too many Spurs players who would get in this Liverpool side.

Certainly, in defence, I would swap only one — Toby Alderweireld or Jan Vertonghen to  partner Virgil van Dijk. I am still tipping Liverpool to edge it but you have to wonder if they will have lost a bit of momentum from having not played for three weeks.

Yes, Spurs have had the same time off. But Liverpool finished the season so strongly, winning all of their last nine games to push City right to the wire.

And I am sure they would much rather have had only a week’s rest before this game in Madrid.

There is an argument for both teams to say that it is fate that they will win the competition this year.

The way the Reds came back from losing 3-0 in the first leg of their semi-final in Barcelona was just staggering.

I was doing co-commentary on the radio for the second leg at Anfield and I’ve never experienced an atmosphere like it in my life.

It felt like the Kop was sucking the ball into the back of the net.

In 20 years, people will be asking where you were the night Liverpool scored four against Barca.

But equally, when you look at how Tottenham have reached this stage, you could make a case for thinking it’s written that they are going to go and win it too. It is easy to forget now, but they had just one point after their first three Champions League group games.

They managed to pick up a point at the Nou Camp to qualify for the last 16.

And then you go back to the way they kept fighting back at the Etihad to get past City in the quarter-final — and then again at Ajax in the semi-final.

Nobody would have predicted Tottenham to get to this final, not even the most optimistic of their fans.

Especially as they have looked knackered in the Premier League over the last two or three months.

But what an unbelievable job boss Mauricio Pochettino has done there, particularly when you consider they spent no money last summer and have had the distraction of switching stadiums.

Pochettino will have a decision to make about their main man Harry Kane — but I would not start him.

He hasn’t played a game for seven weeks.

And Tottenham managed all right without him at City and Ajax.

Son Heung-min, Lucas Moura and Fernando Llorente have all stepped up.

So I would keep Kane on the bench and maybe bring him on at some stage.

It is going to be an open game. Both teams will look to score goals — and will score.

Spurs will have to defend very well but, going forward, they have shown they can cause any team problems.

Like Klopp, Pochettino could do with a trophy having moulded one of the best teams Tottenham have ever had.

And you can never write his side off. They keep producing the unlikely in Europe.