After a June packed with incident and TMO-inflicted drama, the All Blacks are bracing themselves to expect the unexpected from officialdom in the Rugby Championship starting on Saturday night in Sydney.

Both the All Blacks and Wallabies, who meet in the first of back-to-back Bledisloe contests at ANZ Stadium on Saturday night, saw their respective June series blighted by contentious decisions. 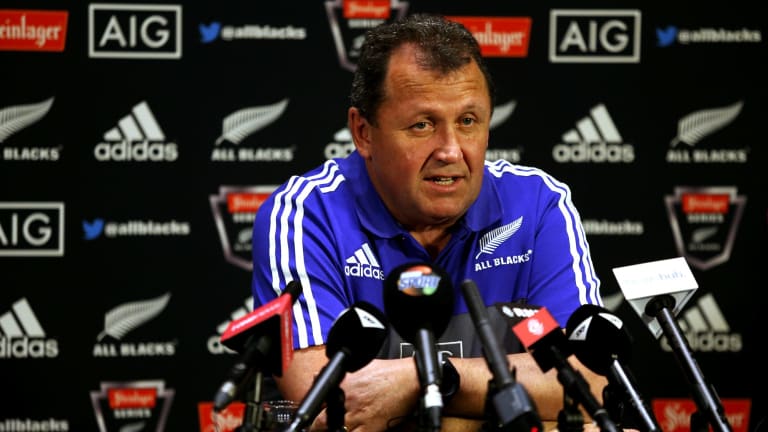 The New Zealanders had one or two suspect decisions go their way en route to their 3-0 sweep of the French, most notably the early red card in Wellington dished out to French fullback Benjamin Fall. And the Wallabies were fuming over some contentious calls that went against them, both on the field, and from the TMO box, in their 2-1 series defeat to Ireland.

All Blacks assistant coach Ian Foster said they had to anticipate tests could again swing on one or two decisions in the Rugby Championship and it was on the teams to adjust their play accordingly.

The opening Bledisloe Test will be controlled by South Africa's Jaco Peyper.

"That's test match rugby," said Foster, whose All Blacks are hot favourites to continue their dominance over the Wallabies. "It always throws stuff up you hadn't quite expected. There were a lot of cards talked about in our series, but that's the game, it's always been like that and you've got to deal with that.

"When you look over here [Australia] there was quite a bit of conversation about cards and aerial battles, but … our job as coaches is to analyse what happened when the ball was in play and both Ireland and Aussie played a strong physical game. The fact all three went to the wire shows how tight it was. 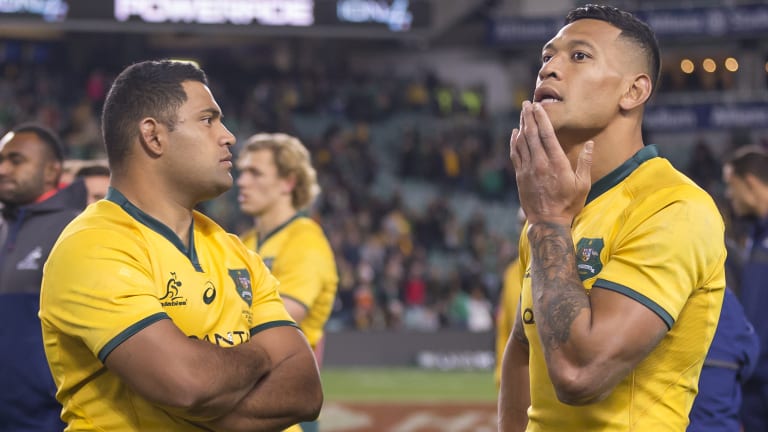 Frustration: The Wallabies were left to rue some controversial decisions, and their own mistakes, against Ireland in June.

"We know they'll take a bit of confidence out of that, and we know because it's a Bledisloe in Sydney we've got to keep going up and up [in level]. There's that nervous excitement from us which is where we should be."

Foster, though, stopped short of placing the onus on "trigger-happy" officials to let the players decide these tests on the field.

"I don't think they're necessarily trigger-happy, I just think we've all got to adjust. There probably has to be a little bit of tweaking from them, but not much. The major tweak has got to be from behaviour on the park.

"We've got to make sure we are doing what we need to do to take those sort of decisions out of play.

"When you look at our series most people felt there shouldn't have been a red card in Wellington. But it doesn't change anything. As coaches, we've got to keep reacting and expect the unexpected things on the park and adjust, then worry about the politics of it later."

The All Blacks are as aware as anyone of the fine line that exists in the modern game. Their epic series against the British and Irish Lions in 2017 finished in a stalemate because of some things they could have controlled (Sonny Bill Williams' red card) and some they couldn't (a series of borderline calls that went against them over the last two Tests).

Foster's emphasis on their side of the bargain, and keeping discipline, is a good one ahead of a test that is sure to be full of emotion, with the Wallabies desperate to end their Bledisloe drought, and the All Blacks keen to celebrate Sam Whitelock's 100th test by continuing their trans-Tasman stranglehold.

"It's such an exciting occasion. We've got a lot of respect for the Wallabies and we know how much this trophy means to both countries," said Foster. "It's game one, we're playing for a trophy that's pretty special, and we know the bar is going to have to go up and up."