The Silicon Valley giant spent £30million securing rights to show the tournament in the UK and Ireland over the next five years, but it has so far been a disaster for customers. 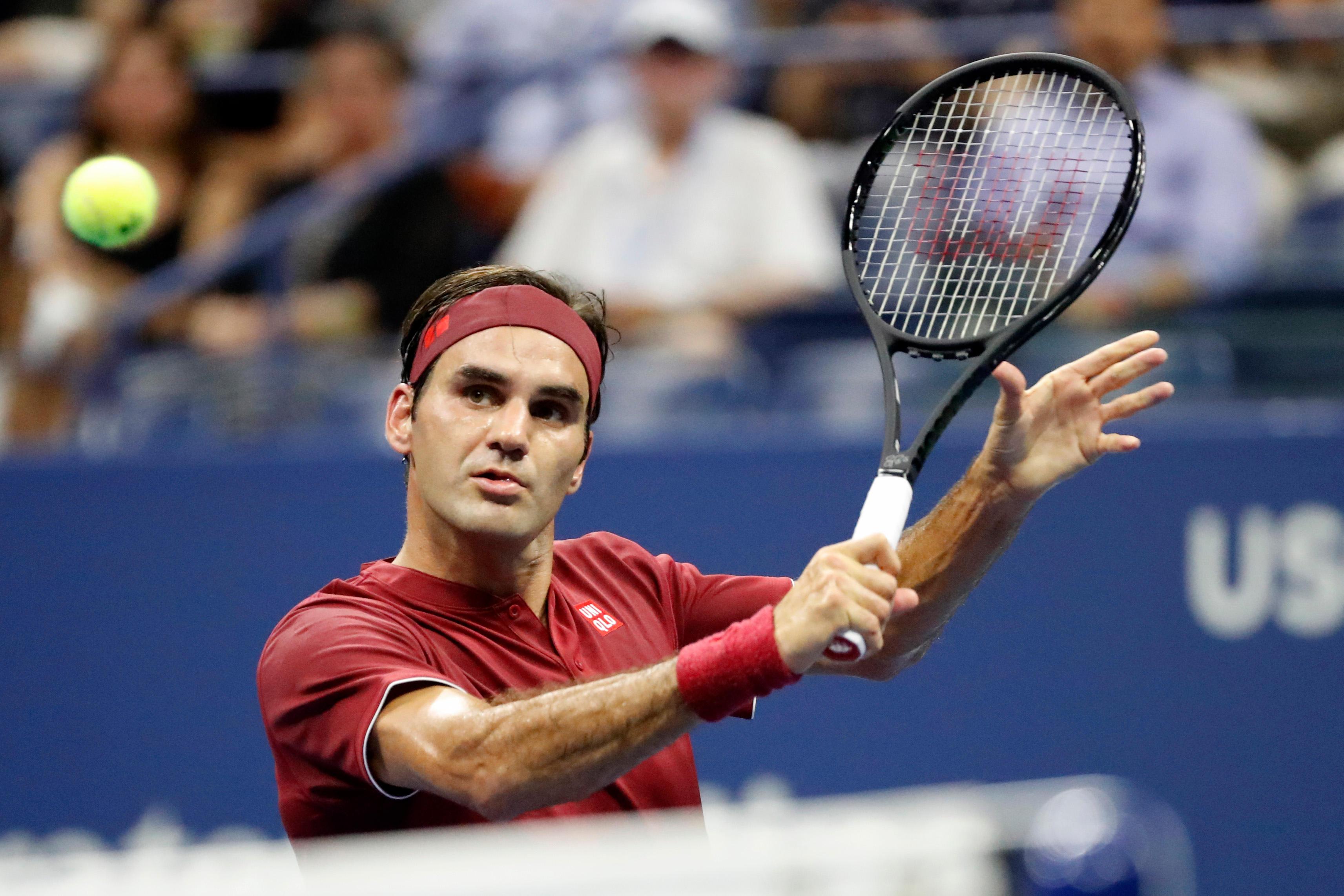 Hundreds of viewers have slammed Amazon for a lack of replays from Flushing Meadows, no ability to record and poor picture quality.

Punters, who pay up to £7.99-a-month for the service, have been bombarding Jeff Bezos' retail giant with terrible reviews, with a current rating average of 1.5 stars out of five with a staggering 82 per cent of customers giving it one star.

A bland entrance page simply has a list of nondescript courts throughout the day, with not a single player's name or match mentioned.

One viewer moaned that they didn't even broadcast Roger Federer's straight sets win over Yoshihito Nishioka. 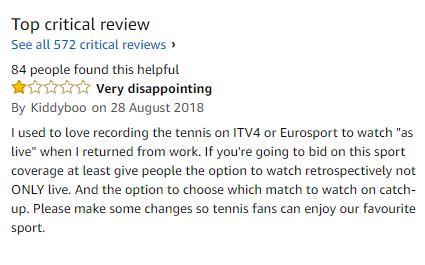 One reviewer Kiddyboo said: "I used to love recording the tennis on ITV4 or Eurosport to watch 'as live' when I returned from work.

"If you're going to bid on this sport coverage at least give people the option to watch retrospectively not ONLY live.

"And the option to choose which match to watch on catch-up. Please make some changes so tennis fans can enjoy our favourite sport." 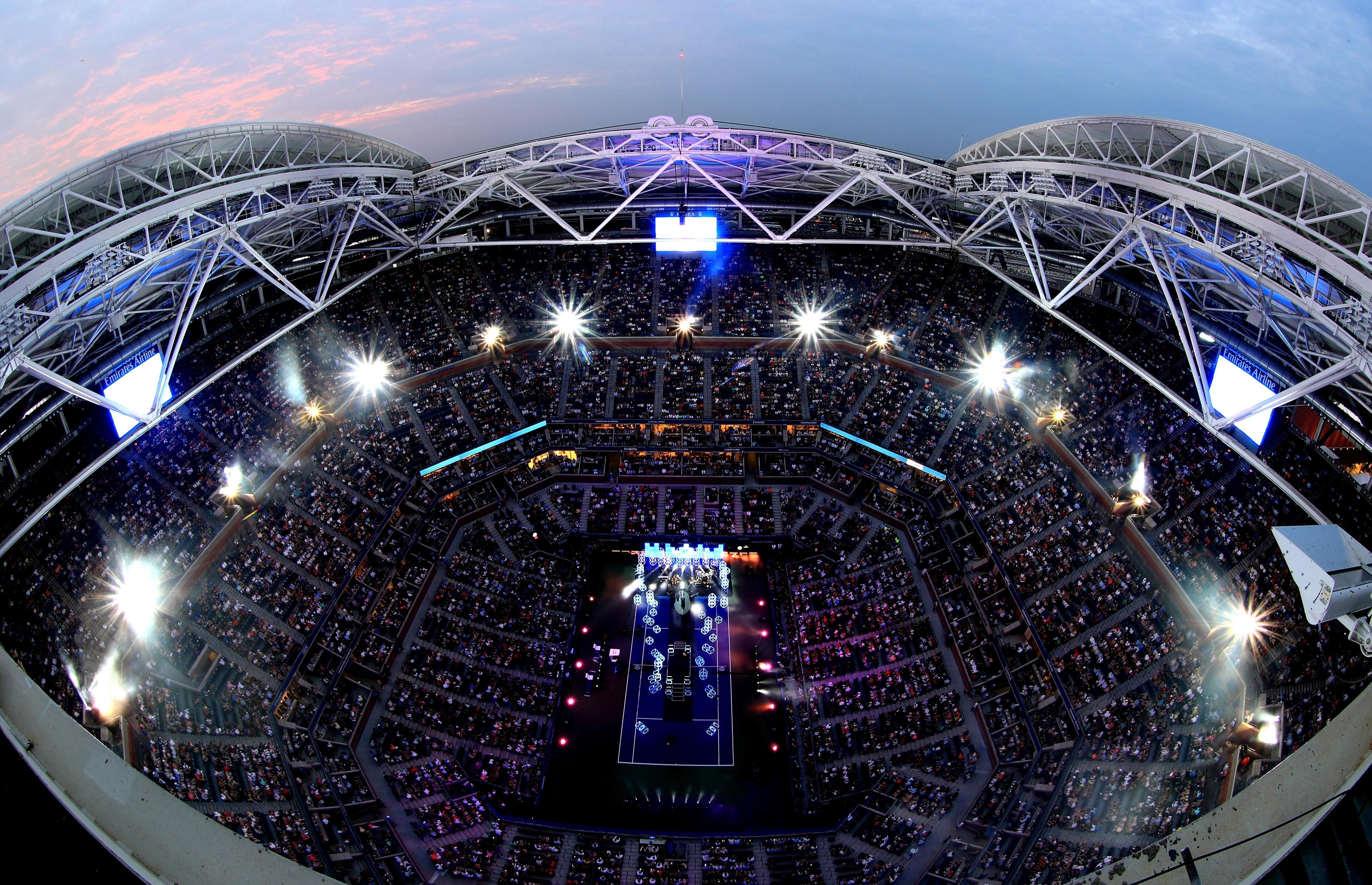 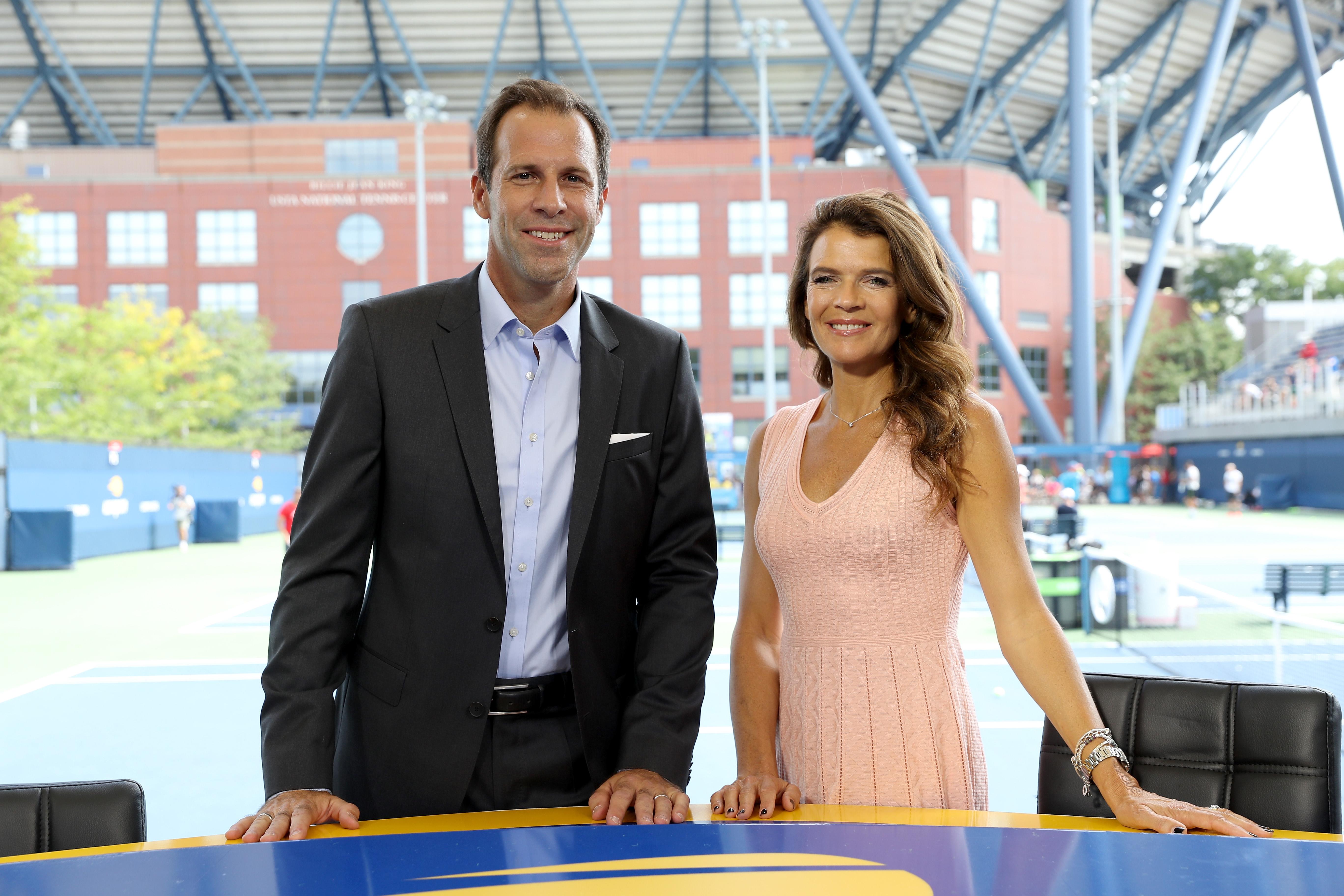 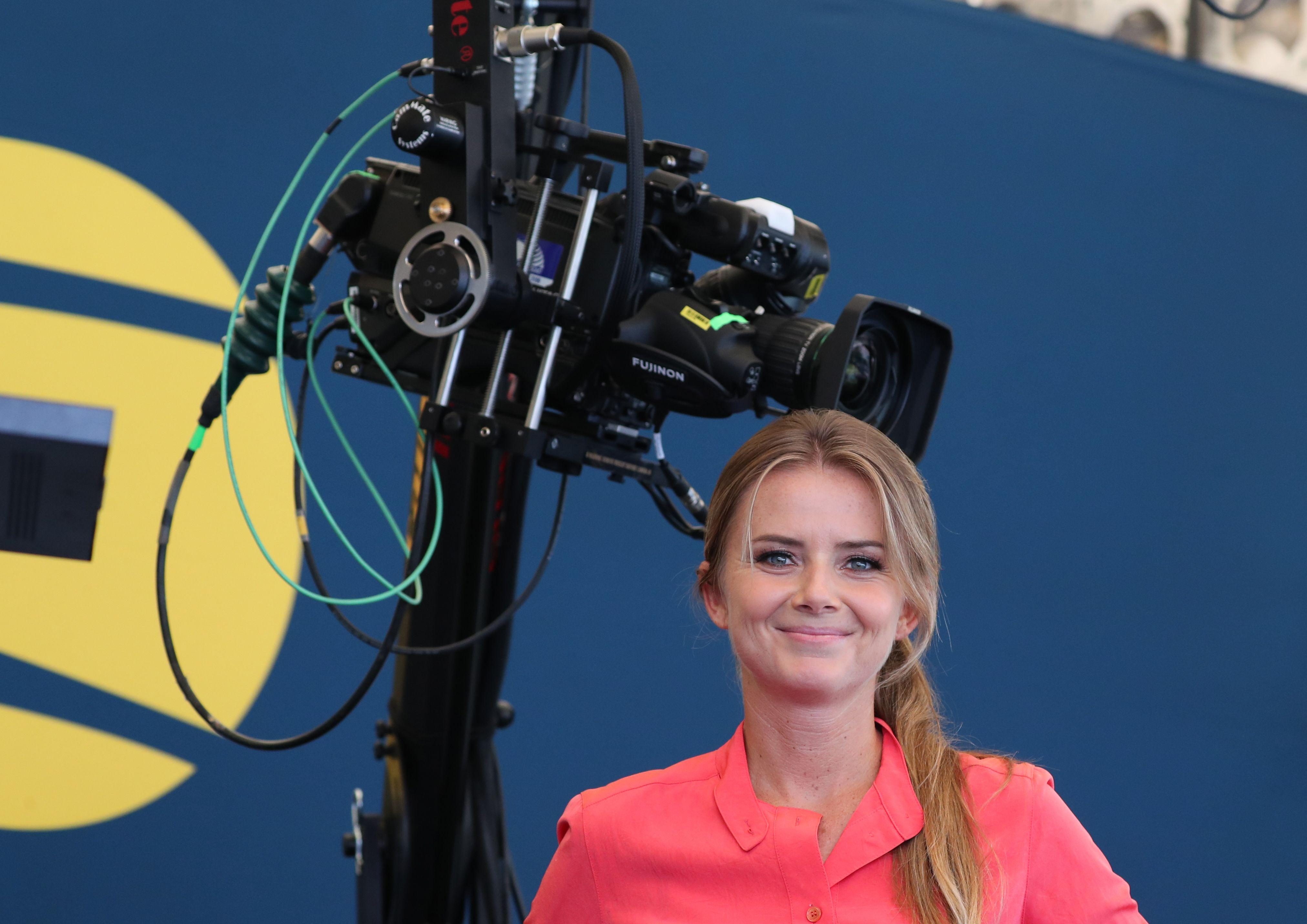 Another, who anonymously names themselves Amazon Customer, said: "WHY is there NO way to watch matches that took place in the middle of the night for viewers in the UK?

"I'm so upset, Roger Federer is playing tonight too late for me to stay up, I assumed I'd be able to see it tomorrow.

"Please please Amazon sort this out NOW. Viewers need to be able to watch matches on demand, we can't all be available to only watch live.

"Please give tennis back to Sky and Eurosport, if viewers can't watch on demand." 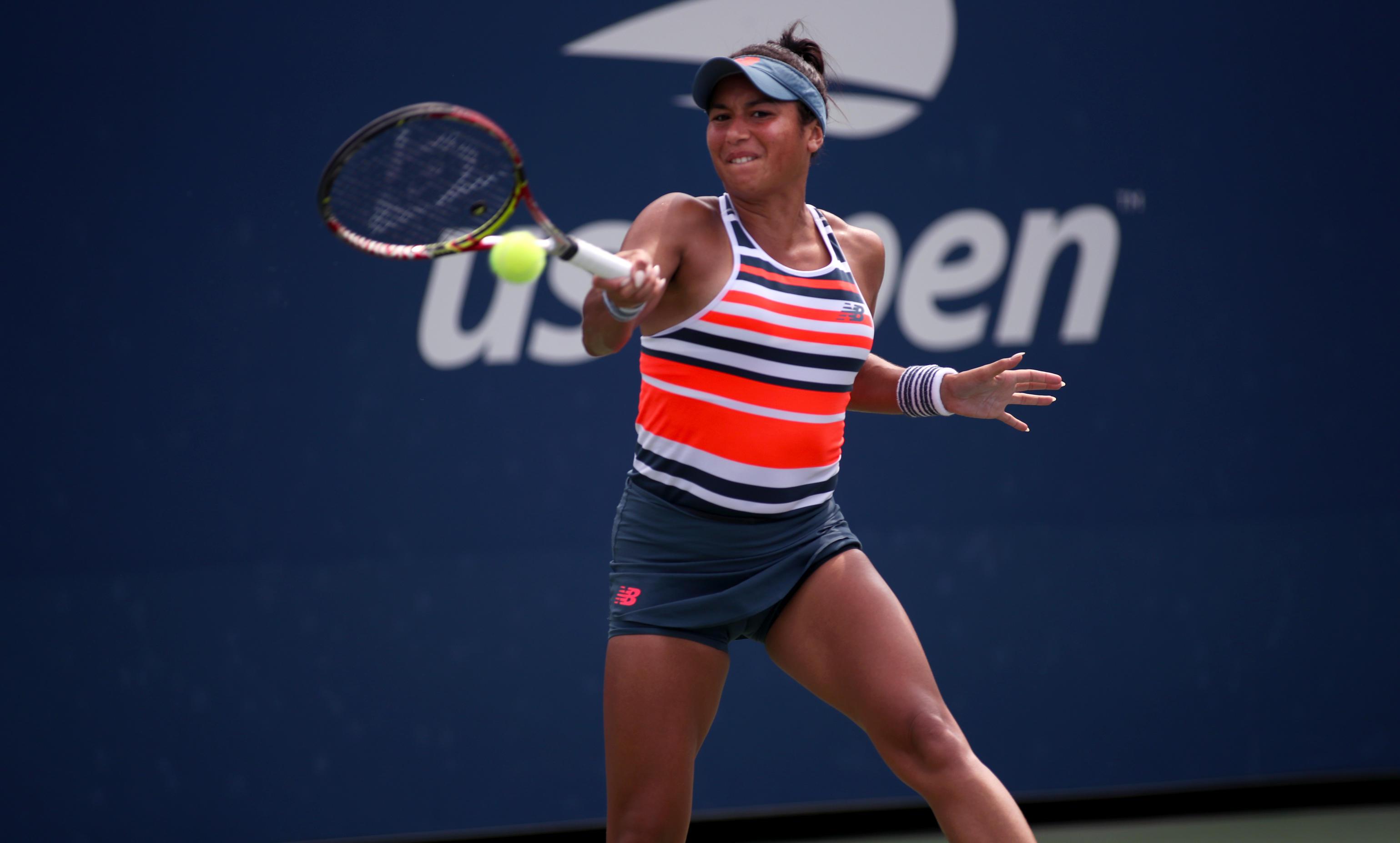 Another raged at the fiddly controls and lack of information about the actual event.

Babbles posted: "My mother is in her 80s and has Parkinson's. She is effectively bed ridden. Watching tennis for many years has been one of the few things she can do.

"Now she is completely unable to navigate even with an Amazon firestick control – even if she could read the small text or guess when a match is on.

"1) There is no replay option. So unless I stay off work and stay up all day and night I will miss almost all the matches I want to watch.

"2) No Ability to record. Again unless I stay off work and stay up all day and night I will miss almost all the matches I want to watch. 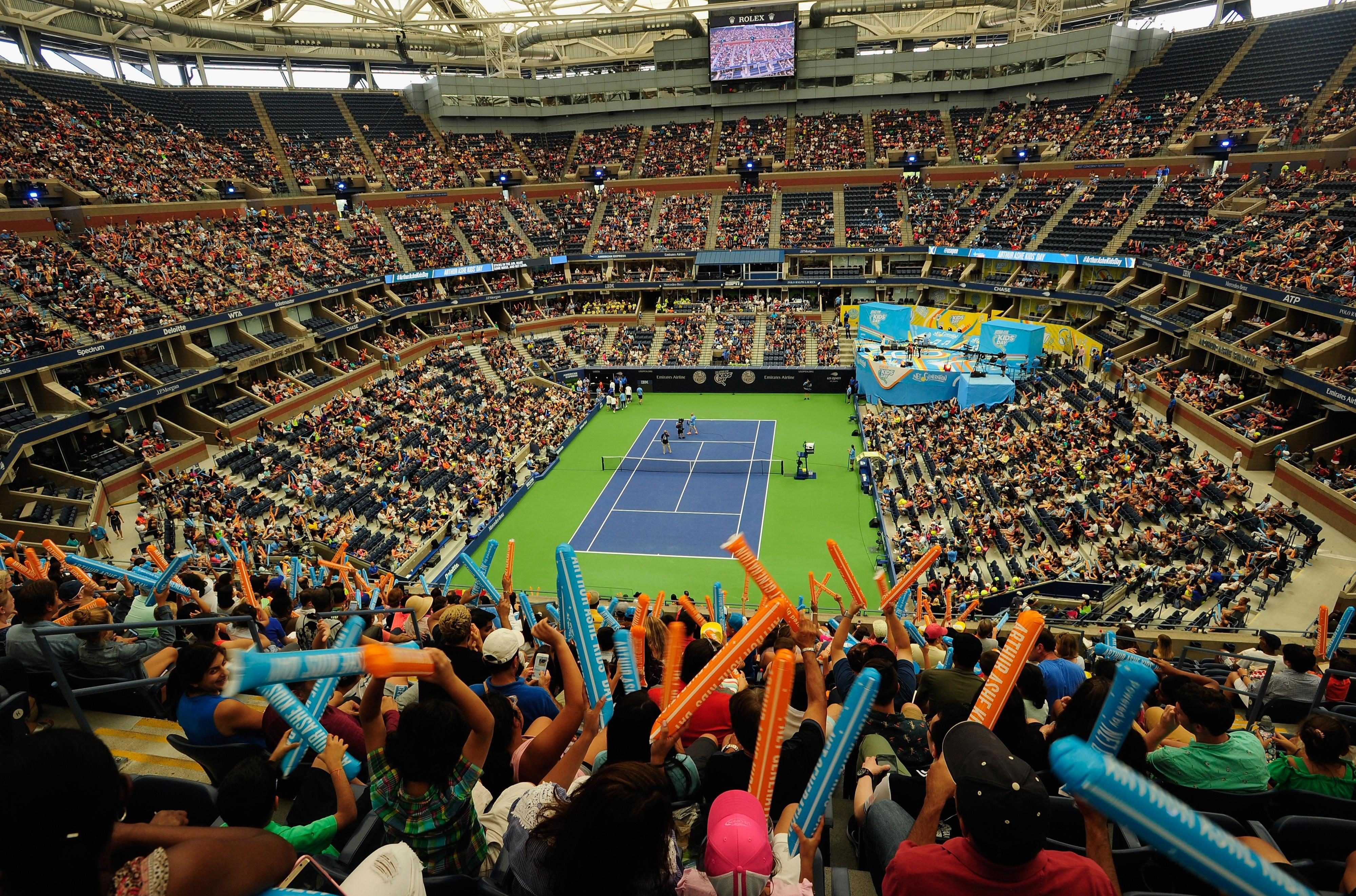 "3) Picture quality very poor. It's like going back in time 25 years.

"4) Navigation awful. No indication of what match is being played on which stream. Just a very small text description of which court the stream is covering. You have to select each one, one at a time to find the match you want.

"5) No order of play or link to the channel covering the match."

Amazon's website claims to have five live streams of action, which increases to seven on Friday.

Players at the Flushing Meadows tournament have been affected by extreme heat and humidity in New York over the first two days.

Andy Murray's second round clash with Fernando Verdasco is scheduled to start at 6.15pm British time tonight on Arthur Ashe.

Amazon are set to broadcast 20 live Premier League games from 2019, while industry experts have speculated they will raise prices to fund the move.

An Amazon spokesperson said: "We are working with a small number of customers to address specific issues – we listen to all customer feedback and are always working to improve all aspects of our service.

"This is the first time the US Open has been broadcast exclusively on a streaming service.

"Naturally, customers will have an opinion, just as they must have been the first time live sport was broadcast on satellite TV.

"We’re really proud of our first days of coverage, especially our studio and commentary team, and we’re pleased to be servicing the demand.

"We are working hard to ensure we bring customers across the UK a great experience."