American billionaire Stan Kroenke has struck a deal to take full control of Arsenal by buying out Russian rival Alisher Usmanov, valuing the Premier League club at around $2.3 billion ($3.1b AUD) but enraging some fans.

Coming at a crucial time for Arsenal as they start life without manager Arsene Wenger for the first time in 22 years, the deal cements the position of the US sports boss among an elite band of super-rich owners in England. 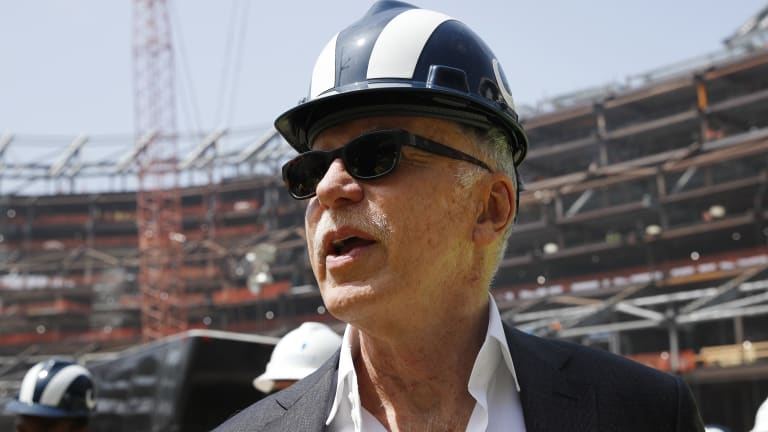 Fans worry however that Kroenke, relying on a loan for the bulk of the funding, will not spend enough to compete for players with the likes of Chelsea, Manchester City or Paris Saint-Germain, backed by money from Russia, the United Arab Emirates and Qatar respectively.

The deal ends a stand-off between the two tycoons, who had both battled for control, but it has angered the small group of well-connected independent shareholders who see themselves as guardians of the 132-year-old club.

"The Arsenal Supporters' Trust is wholly against this takeover," one fans' group said. "Arsenal remains too important to be owned by any one person."

Kroenke, who largely avoids the media spotlight, owns a string of US sports clubs including the NBA's Denver Nuggets, the Los Angeles Rams in the NFL and Major League Soccer's Colorado Rapids.

Initially viewed with suspicion by the Arsenal board, the 71-year-old started building his stake in 2007 as he slowly bought out the families who had run the club for generations.

He said on Tuesday he had now received an acceptance from Usmanov to buy his 30 per cent stake, adding to the 67 per cent he already owns. He will now buy out the remaining independent shareholders at £29,000 ($50,500 AUD) for each of its rarely traded shares – more than the average salary for a British worker.

"We appreciate Mr Usmanov's dedication to the Arsenal Football Club and the storied ethos and history the club represents," he said.