When Mason Cox arrived in Melbourne, Collingwood’s recruiting manager Derek Hine took the seven-foot American into the centre of an empty MCG and told him: ‘‘This could be your office.’’

Hine told Cox how he could be playing before a sold-out MCG one day, for ‘‘the grand final or whatever it is’’.

On Friday night, this vision of Cox – the most improbable key forward imaginable – playing before close to 100,000 people will be realised in what has been, in terms of build-up, the most monstrous preliminary final of recent times. 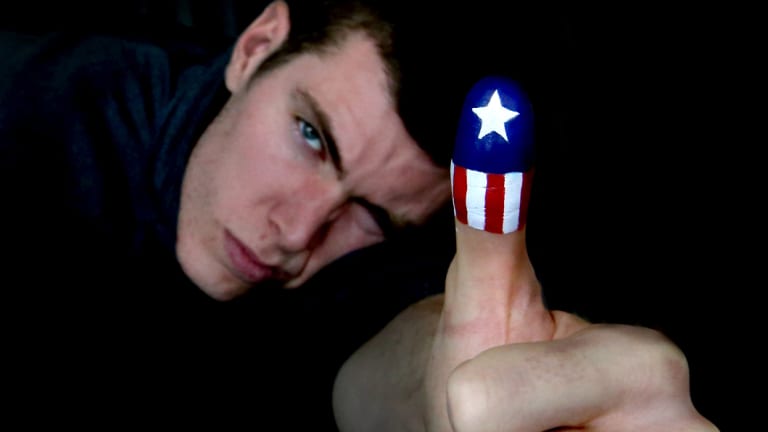 ‘‘It’s cool,’’ said Cox. ‘‘Like it’s come to fruition somewhat. To be in the position that I am, it hasn’t been easy by any means. It’s definitely been enjoyable.’’

Cox’s journey has been a story of adaptation, by both the 211-centimetre man from the suburbs of Dallas, and by the Magpies, who, in the absence of more conventional alternatives, have fashioned a key forward and relief ruckman out of a Texan ex-basketballer who, even if few shared his optimism, believed he would make it in the AFL.

‘‘I had self-belief, yeah,’’ said Cox, who exudes a touch of American can-do confidence. ‘‘I work pretty damn hard. I knew I was not going to leave anything to chance.’’

Cox is emblematic of the Collingwood forward line, in that the Magpies – without an orthodox key forward, or even traditional crumbers – have improvised with the odd ingredients in Nathan Buckley’s pantry.

Their attack consists, not simply of a seven foot American, but a VFL centre half-back (Brody Mihocek), a relocated fringe of the best 22 midfielder who was out of the game for two years following a drug suspension (Josh Thomas), a strife-prone and highly talented young midfielder (Jordan De Goey) and a skinny draftee with blistering speed (Jaidyn Stephenson); only Will Hoskin-Elliott, who also can play up field, is close to an orthodox forward.

At the end of last season, Cox was potentially on the move when he was out of contract and the Brisbane Lions, among others, were keen to acquire him (Cox refused to say which clubs were keen, incidentally). Collingwood, which had been uncertain about whether Cox and Brodie Grundy could play together, decided they could, re-signing the American for a further three years. Rival clubs saw Cox as a ruckman, rather than a forward.

He found the interest flattering and a measure of his progress.

Cox is from a culture, as he explained, in which athletes routinely move teams and there are fewer one-club players than in Australia. ‘‘It’s a lot more ruthless I think.’’ He warned that while it is preferable if the AFL competition retained that one-club, stick-with-your-team culture, it is unlikely to survive free agency in the future. ‘‘I think it’s important to keep it but I don’t think it will stay around, to be honest. I think trades and free agency and all that kind of stuff is going to creep … into the AFL.’’

Cox is already beginning to sound a touch like Greg Norman, his American accent having taken on a more Aussie flavour, though he still uses a number of very American expressions, including ‘‘play-offs’’ that he quickly corrected to ‘‘finals’.’ ‘‘The longer I’m here, the less American accent I have. Whenever I go back home, in the off-season, I pick back up an American accent.’’

Cox had a poor qualifying final against West Coast, as he acknowledged this week, and was quite a bit better against the Giants, even if he did not kick a goal. Arguably, he was not suited to the slippery ball in Perth, though he did not offer this as an excuse.

Lately, the American Pie (who posed in the style of Don McLean’s album cover) appears to have struggled to kick set shots from any distance beyond 40 metres, although he says he’s fairly accurate from inside 40m. Given he booted one from 50m on Queen’s Birthday, it was natural to wonder if his kicking was constrained by an injury, however minor.

Cox said this was not the case. ‘‘I can kick 50m and all … No, I’m fine. I’m all healthy – yeah, ready to go.’’ Cox added that, as his teammates had advised, once you ‘‘walk down the race and you know you’re in a play-off – not a play-off, a final – injuries go out the window … the adrenalin’s running, that nothing really matters.’’ Cox has learnt to speak the language of this team.

‘‘Nothing else matters’’ is a team mantra and he speaks of ‘‘playing your role’’ several times. Cox plans to begin the process of becoming a dual citizen in December. On Friday night, his parents, who have flown out from the States, will be in the stands. His brothers will come if the Pies make the grand final.

Cox is not a fan of his President Donald Trump, having gained a different perspective by observing Trump from Australia. "Maybe 10 to 15 years down the road, we'll think 'what the hell were were
thinking'." he said.

What the hell was Collingwood thinking when it recruited Cox? Clearly, they saw someone who would, as he put it, "leave it all out there'' to make Hine's vision reality.