Home » Sport » And then there were eight: A-League expansion bids reach deadline day 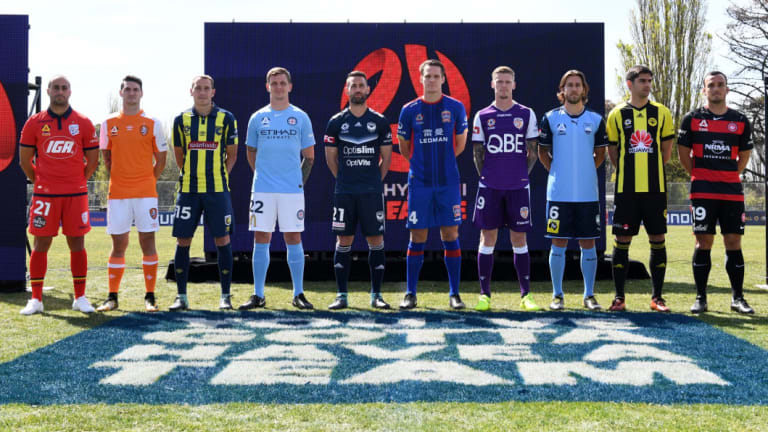 The A-League is set to grow to 12 teams in the expanding competition.

Eight into two won't go, which means that if the FFA sticks to its planned two-club expansion plan there will be six disappointed investors and clubs who will fail to get a slot in the A-League for season 2019-20.

Soccer's governing body announced late on Friday afternoon that it had received eight submissions to be part of the competition's expansion.

Of the ten that made initial expressions of interest, Brisbane City dropped out and the South-West Sydney and Macarthur bids came together to apply as one entity, leaving eight still in the running.

There are three bids from Victoria: South Melbourne, Team 11 and West Melbourne Group.

NSW has two: the combined Macarthur and South-West Sydney team along with the separate Southern Expansion bid.

Wollongong Wolves hail from regional NSW and Ipswich Pride from Queensland, while the Canberra and Capital bid makes up the eight contenders.

FFA chief executive David Gallop said the process had been highly competitive and confirmed the announcement of the new licences will be made before October 31 this year.

“The level of interest in investing in our game is unprecedented and a significant vote of confidence in our sport in Australia. We have worked closely with the ten shortlisted consortiums over the past two months and have been impressed with their quality,” Gallop said.

“As part of this process, we have asked the prospective new licence holders to demonstrate how they can complement existing A-League clubs, link back into fans and the football history in their local community, help develop pathways for players, increase interest from sponsors and broadcasters, have solid financial backing and operate sustainably.”

Gallop said an expanded A-League would provide more opportunities for Australian footballers, increase the diversity of fixtures in the league, generate more revenue for clubs and drive increased attendances across the country.

“The benefits of expanding the A-League are clear and we look forward now to assessing the bids with our lead advisers, Deloitte, before making our final decision,” he said.