Home » Sport » Arnold to juggle both Socceroos and Olyroos jobs

New Socceroos boss Graham Arnold will also take over as Olyroos coach as part of a national restructure he says will help bring talented young players through quicker.

Australia's under-23 men's team hasn't qualified for the Olympics since Beijing 2008, adding an extra dimension to an already challenging task for Arnold. 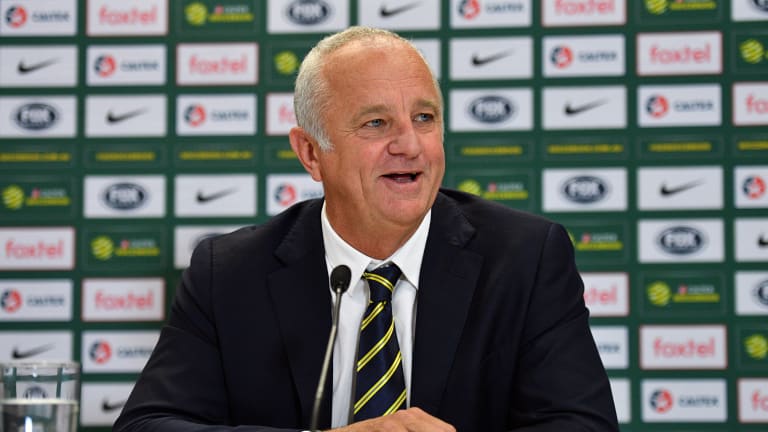 Dual roles: Australian coach Graham Arnold speaks to the media during a press conference in Sydney.

His coaching set-up has also been confirmed, with Ante Milicic and Rene Meulensteen, an experienced Dutch coach who spent several years as Sir Alex Ferguson's right-hand man at Manchester United, to be his assistant coaches.

All of them will join him when he takes charge of the Olyroos.

Milicic will also coach the Young Socceroos while Trevor Morgan will lead the under-17 Joeys.

Arnold said the change took a "lot of planning" but had the support of all A-League coaches as well as members of Australia's "golden generation", whose advice convinced him it was the right move.

"It's a job that will not distract my focus," he told reporters on Thursday.

"My full focus is on the Socceroos. But I do feel that being able to do both teams will inject a lot of new young blood, young talent into the Socceroos quicker.

"I do believe that is what we need right now."

Arnold's first task, however, is defending the Asian Cup title the Socceroos won on home soil in 2015.

He intends to hold a training camp in September before a friendly match in October – most likely overseas – and then two more in November.

One will serve as an official farewell for Tim Cahill, whose recent retirement means Arnold must look elsewhere for the regular goal-scoring pipeline the Socceroos' talisman reliably provided.

"Timmy's a legend of the game and we have the utmost respect for Timmy and what he did for the country, but football's not about one person," Arnold said.

"The way we played was very heavily reliant on Timmy to score those goals and I will do that differently.

"It's about getting the right environment but also on the field, getting the key men on the ball, getting players into goalscoring opportunities, getting numbers in the box to score."