On the pitch, he was described by team-mates as an “assassin.” Off it, he was quiet and reserved, a man no one predicted would end up running a brothel, importing pornography, colluding with notorious gangsters and calling prison home twice. 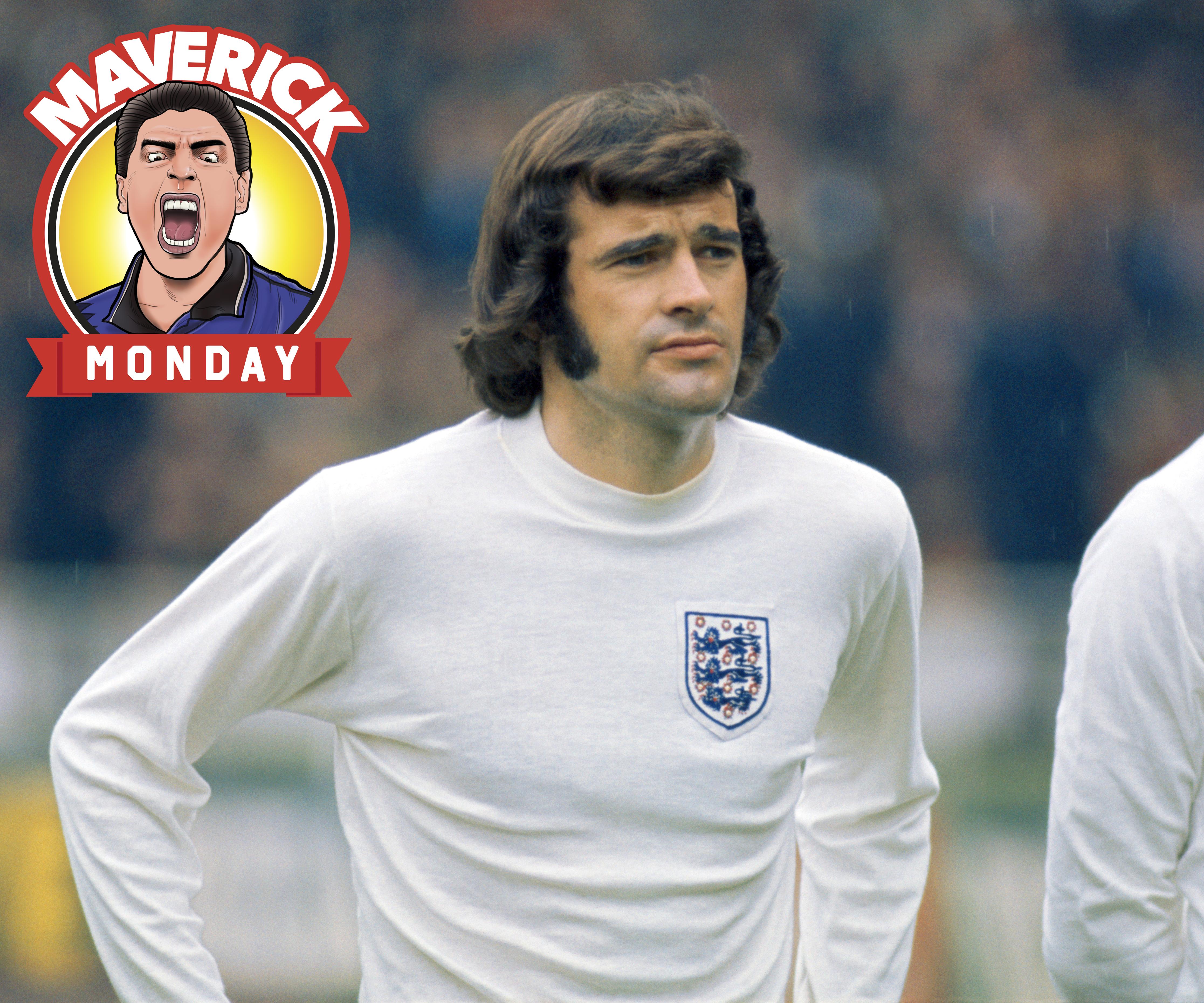 But this is Peter’s Storey.

Having joined Arsenal in 1961 at the age of 15 and progressed into the first team, he began to build a reputation as the hatchet man of Bertie Mee’s team.

Manchester City fans were one of the first to witness his eye-catching tackles when one challenge on Mike Summerbee left the winger out of action for weeks.

Yet he was a crucial component in the team.

In 1971, Storey and Arsenal did the league and FA Cup Double, the first time in the club’s history and the only one until Arsene Wenger’s team of 1998.

Before Bergkamp, there was Charlie George; before Vieira, there was George Graham; and before Dixon, there was Storey. 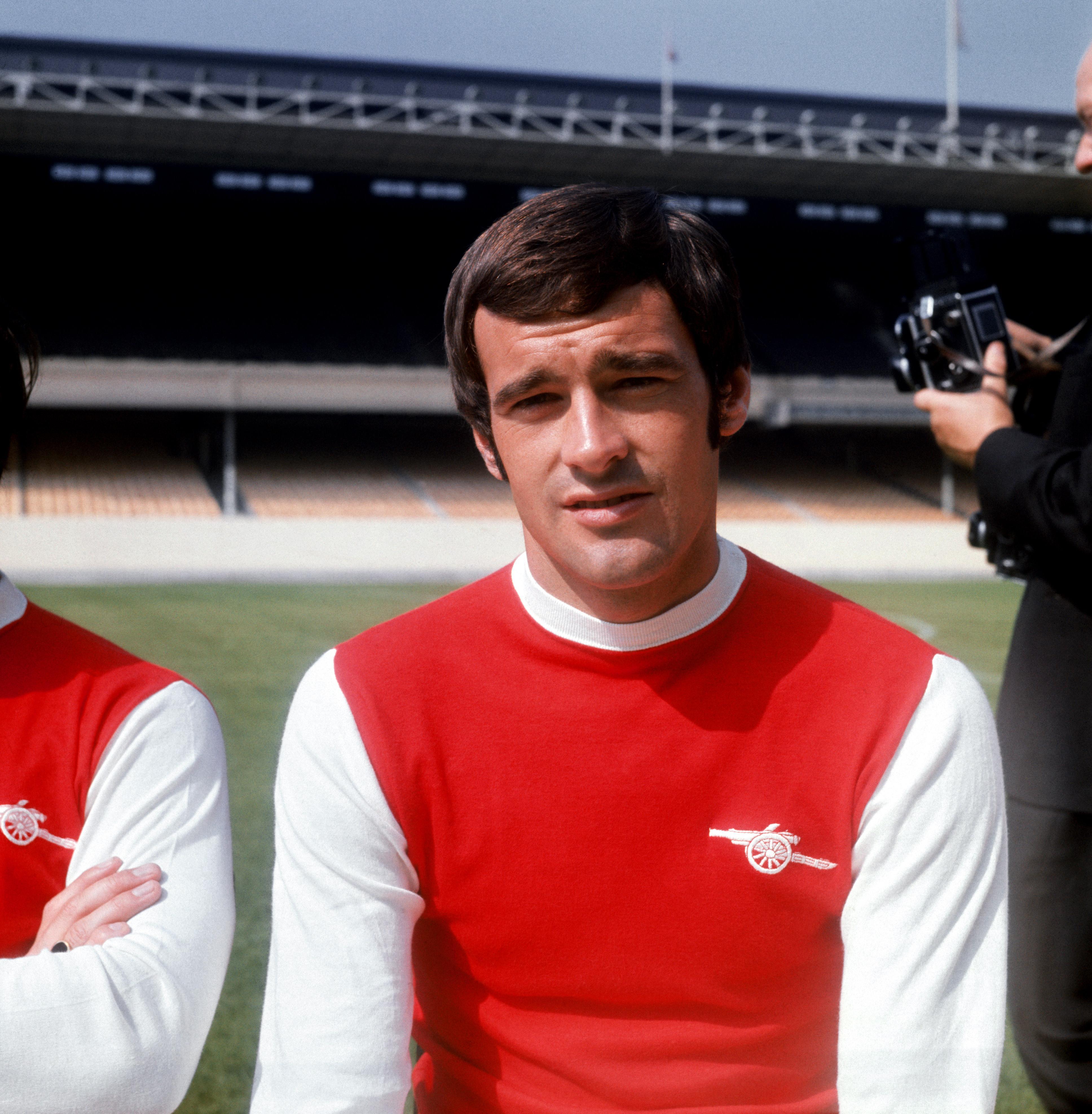 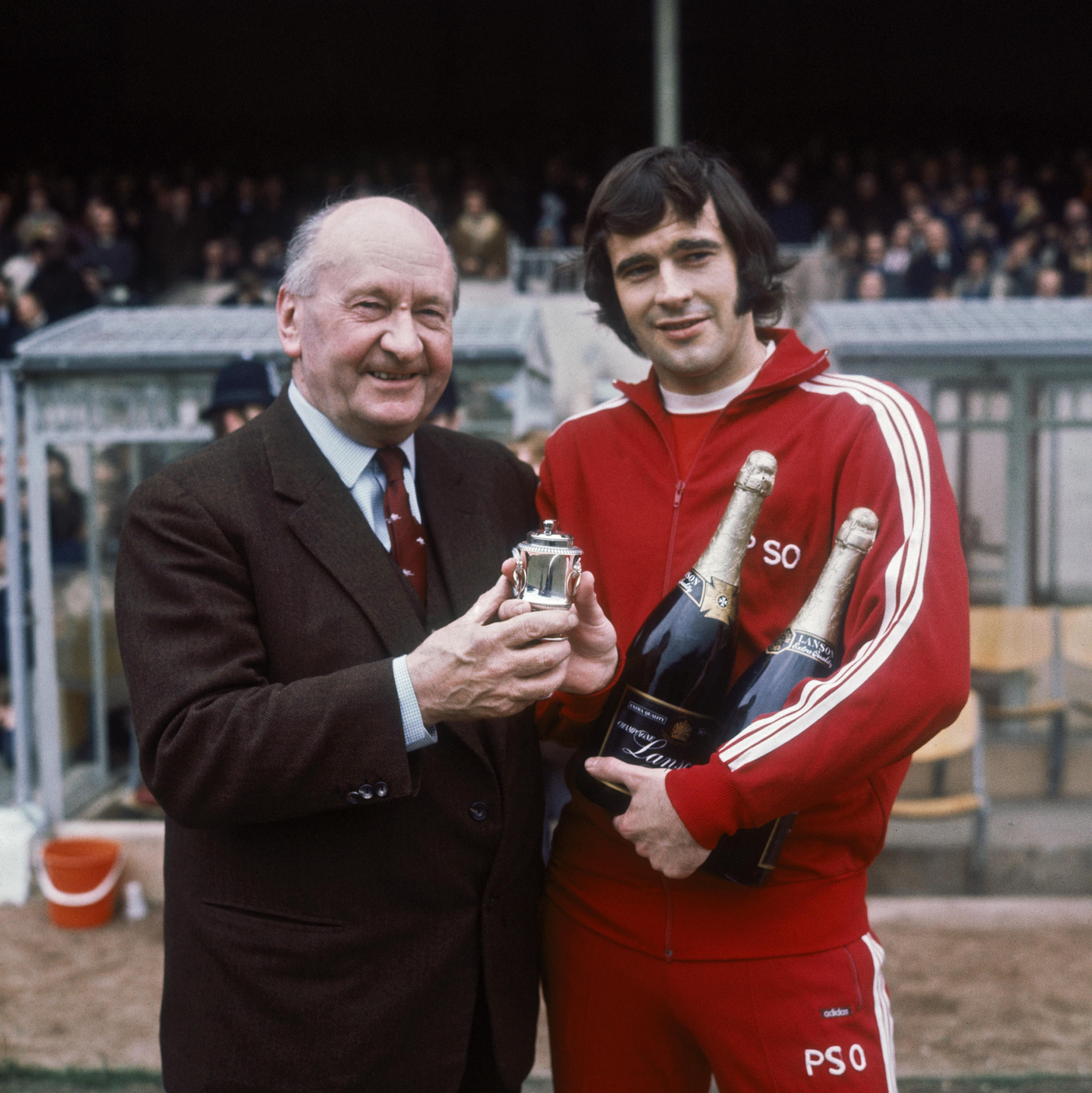 Frank McLintock, a centre-half of that team, recalls how Storey was the eraser in a pot of paintbrushes.

“We weren’t a dirty team but Peter tended to be our assassin,” McLintock told SunSport.

“He was a destroyer for our team. We weren’t a dirty team but Peter was the one whacking himself about and he quite enjoyed that I think.”

The opposition weren’t the only ones to feel Storey’s fury though.

Bob Wilson, the Arsenal great, was left writhing around in agony during the 1972 FA Cup semi-final with a cartilage injury, but Storey demanded he get up.

Another account claimed he called Wilson a “c**t” and spat on him. 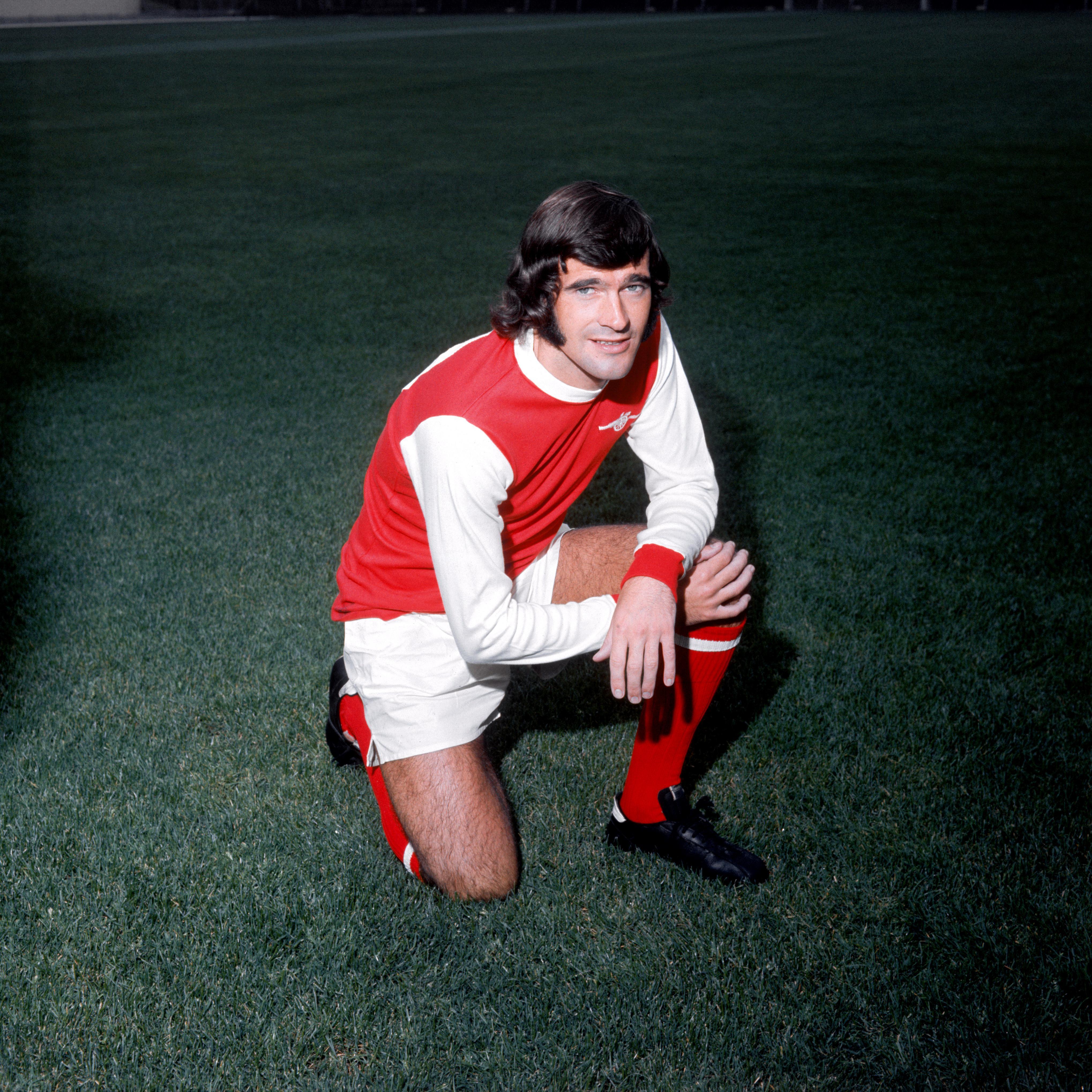 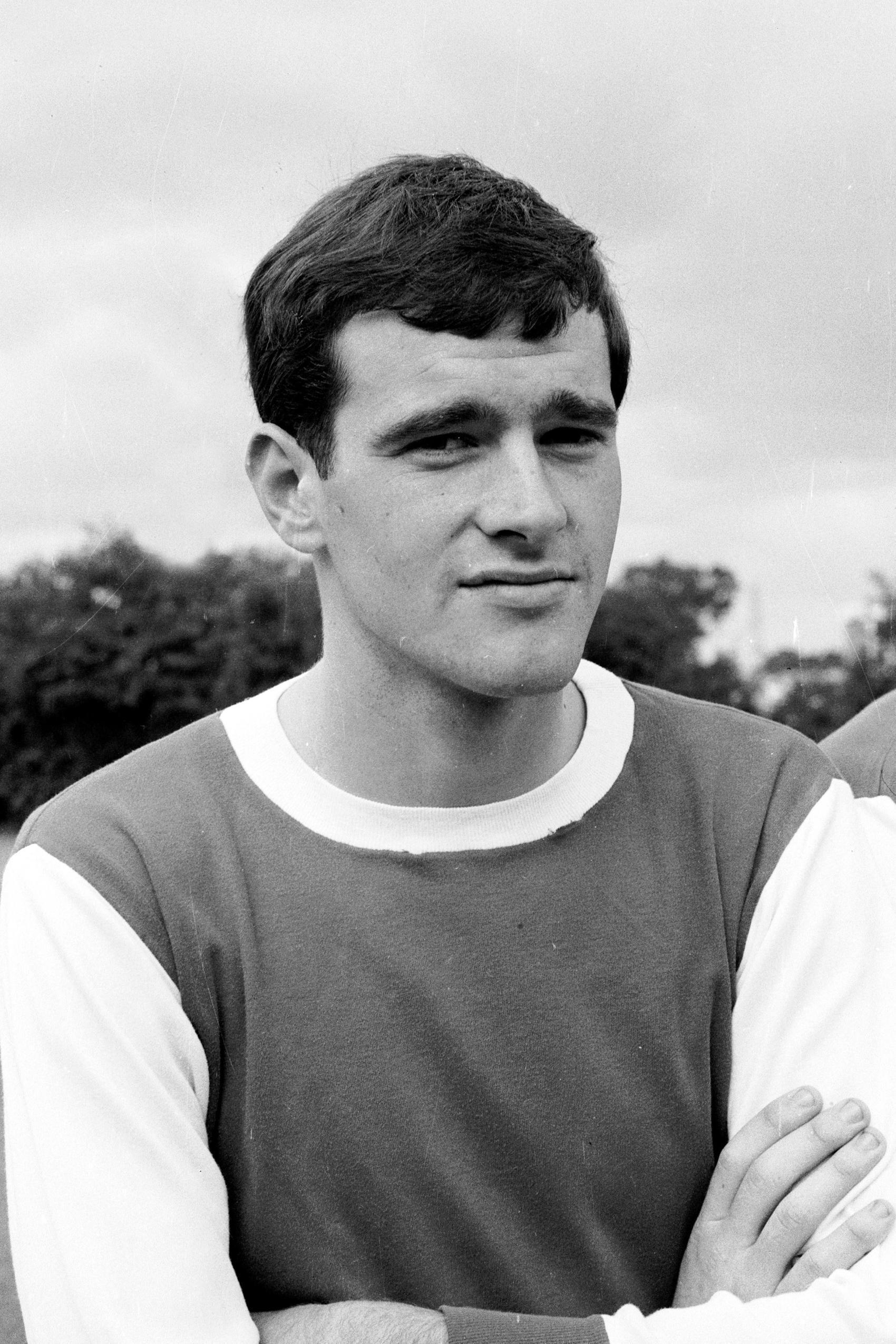 In his autobiography written in 2010, Storey reminisced as if he were a pioneer of ‘the reducer.’

“The trick,” he wrote, “was to get in as early as possible, hit them hard, give them a good wallop, and make them feel as if they’d been in a car crash or hit a brick wall.”

That approach, it seems, wasn’t wanted by Mee when Arsenal were on the road to Wembley for the 1971 FA Cup final.

Storey was not in Mee’s preliminary starting line-up, and in his memoirs he provided a rather vivid metaphor of how that prospect made him feel.

“It was as if I had spent ages making love to the most beautiful woman in the world only to be kicked out of bed five minutes before the climax,” he wrote.

But that was the least of his worries in years to come. 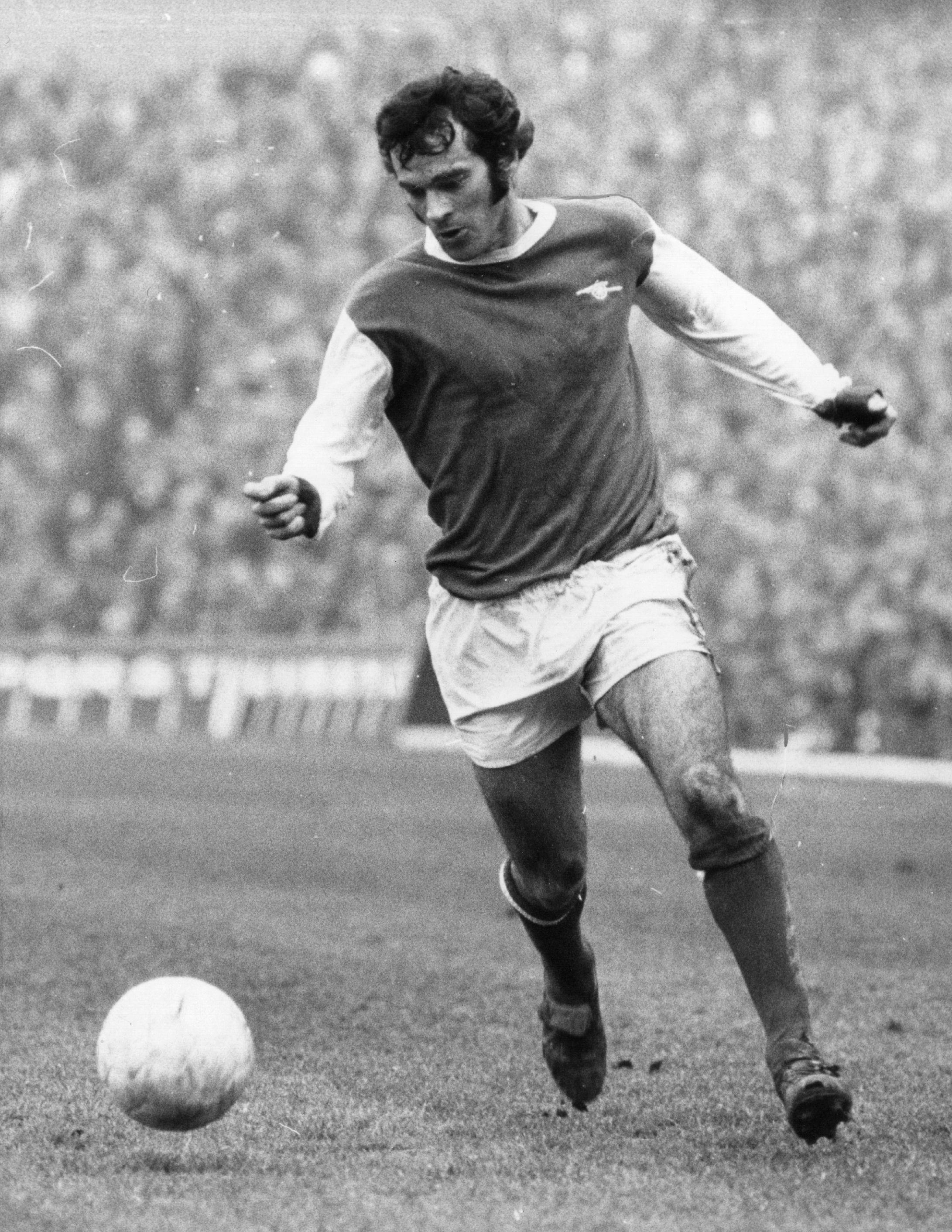 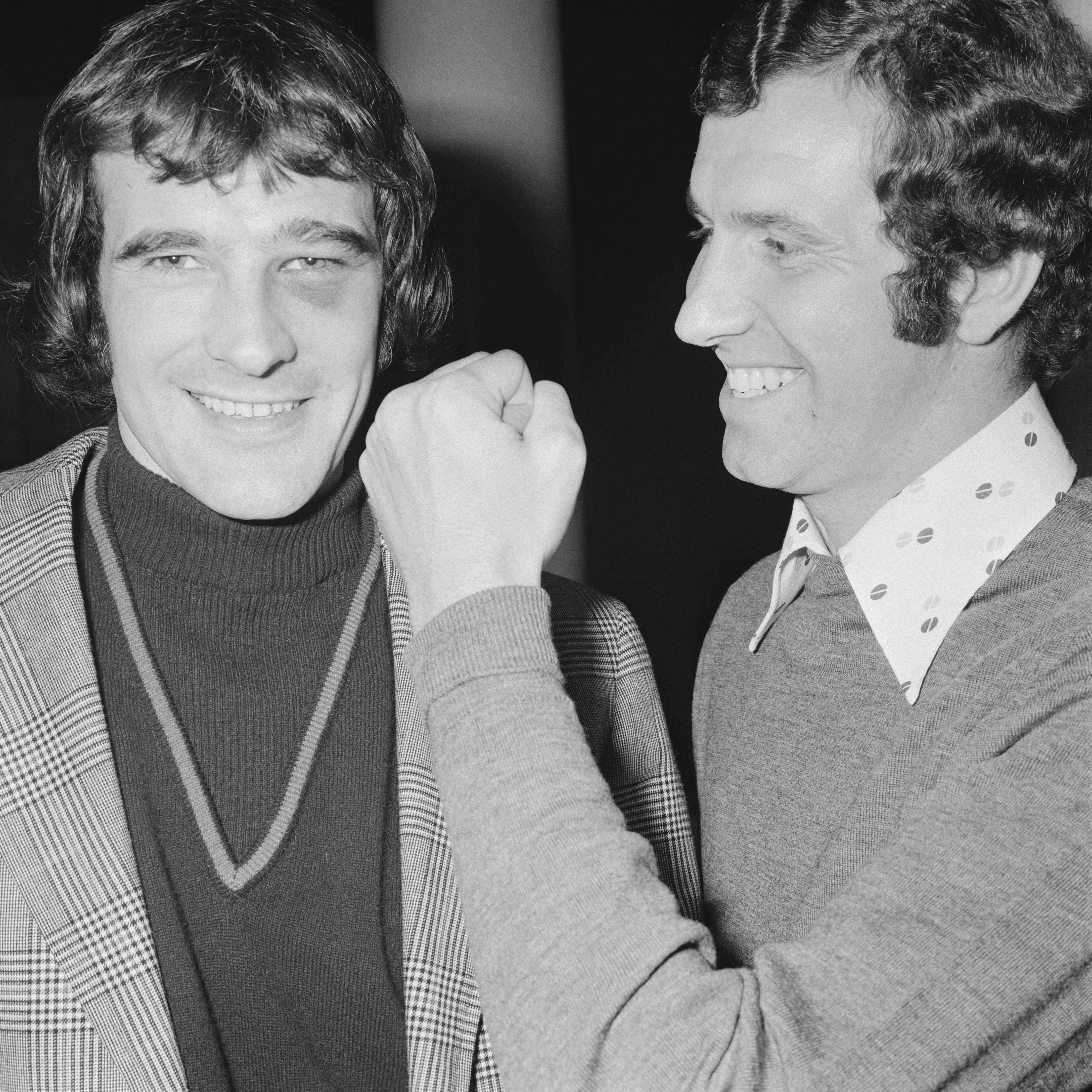 Storey’s career at Arsenal ended in acrimony as he refused to play with the reserves, and then he was suspended in 1976 when he failed to turn up for training.

A year later he was on his way to Craven Cottage on a free transfer, unneeded and unwanted at Highbury anymore.

Storey spent nine months at Fulham, helping the club climb away from the Division Two relegation zone in a successful swansong.

That following summer Storey retired, and by now he was settled in as landlord of the Jolly Farmers, little over a mile down the road from Highbury, now renamed The Northgate.

It was here that he began to drink more and became acquainted with local gangsters known as “the Barry brothers.”

And there began his downfall.

Storey ended up serving three years in her majesty’s accommodation at Wandsworth and Spring Hill after dealings with the terrible two.

He provided the finance and storage for the Barry brothers to counterfeit money, but the three of them were caught and arrested.

While on bail, Storey looked for a swift way to raise enough cash to flee to Spain.

His killer idea? Set up a brothel.

Along with three associates, Storey launched and ran the Calypso Massage Parlour but his plan backfired spectacularly.

Storey, who later ran a market stall in Portobello Road, was arrested again in December 1979, handed a £700 fine and a six-month suspended sentence. 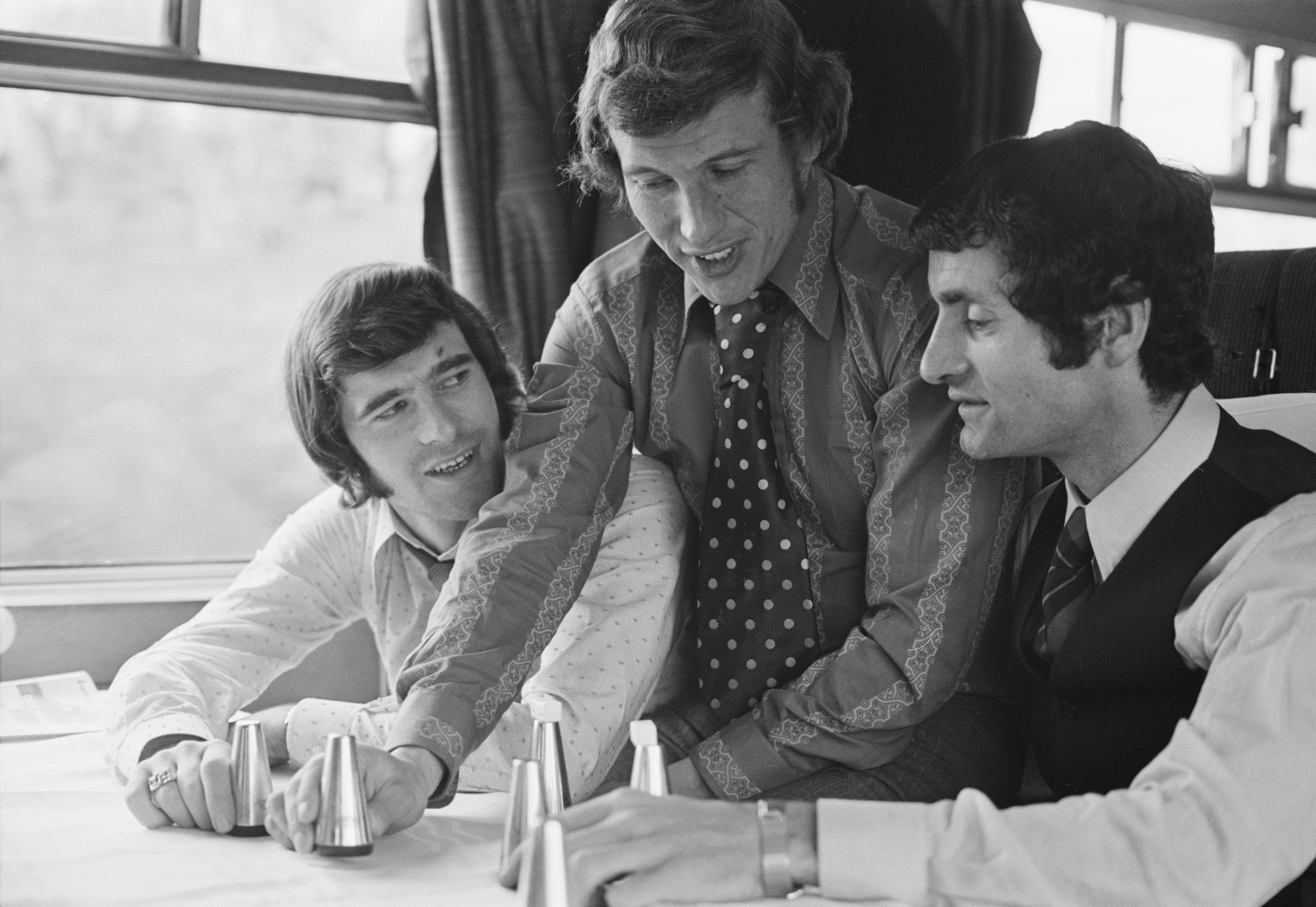 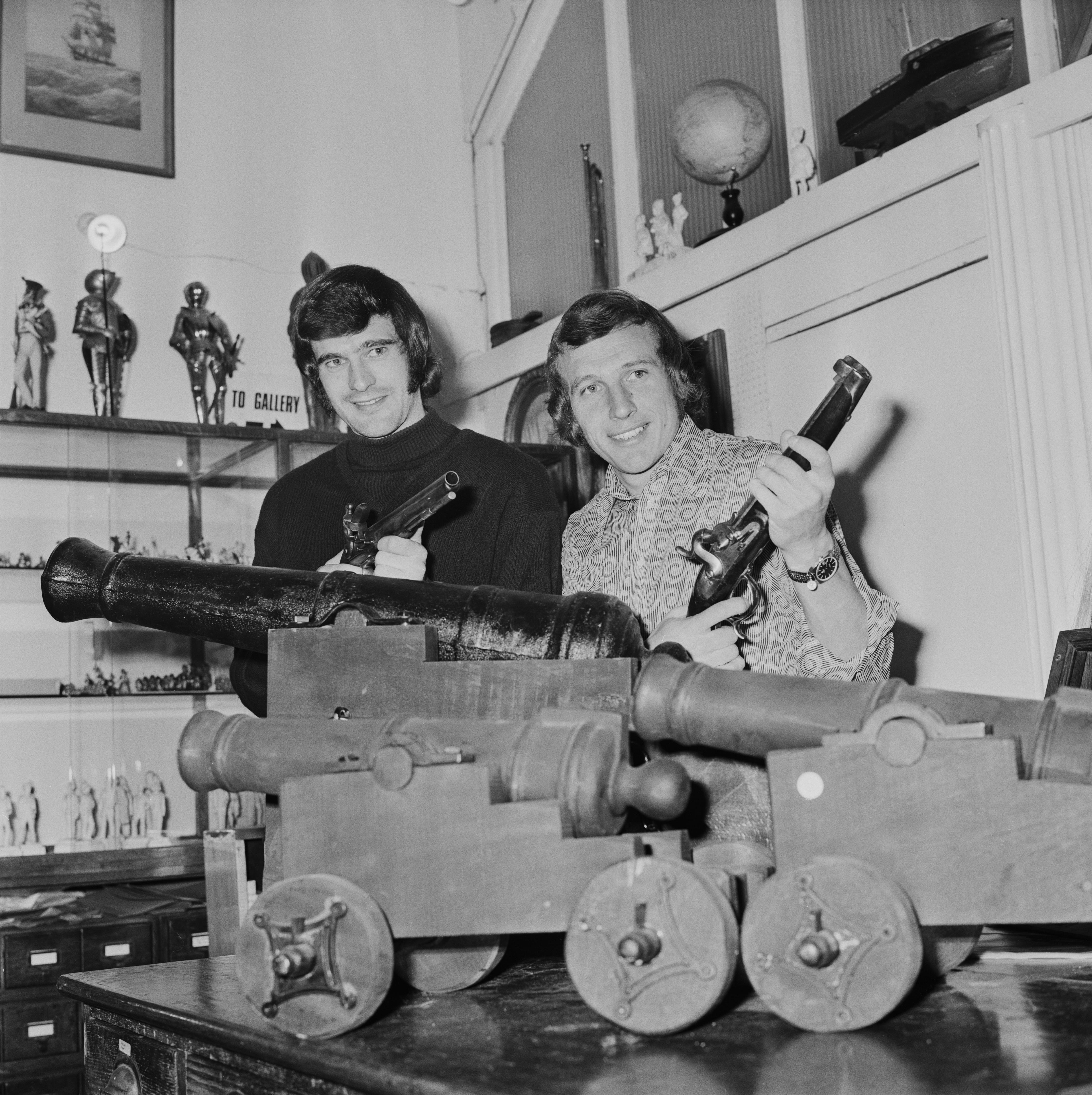 By the time he went to prison in 1980, Storey was already on his third of four wives.

His first marriage broke down six months after they wed in 1969 due to his drinking and “carefree ways.”

London’s Playboy Club in Mayfair provided the romantic setting where he would meet his second wife, Cathy McDonald.

But when Storey’s criminal career took off he had divorced and wed again, to a woman known only as Gill.

Together, they had three sons in six years but Storey wasn’t ready to settle down.

He divorced Gill and took to the altar again, this time with a French woman named Daniele Scorceletti.

And here’s where it gets complicated. 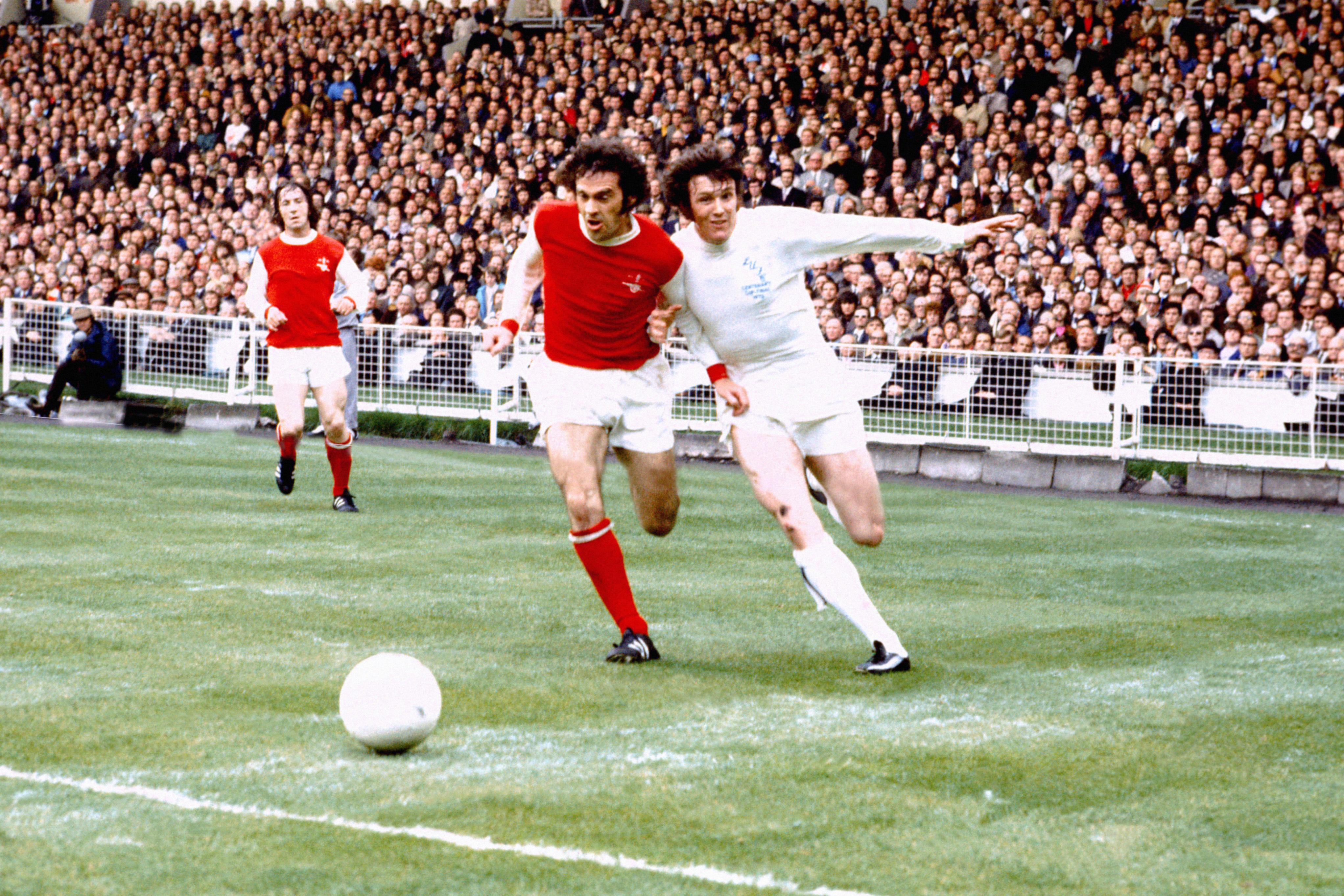 Storey appeared to have felt like he’d made a mistake, as he returned to Gill briefly before, once again, dumping her and reuniting with Daniele.

The couple are believed to have moved to the south of France where Storey’s tale, it seems, has finally reached calm waters.

Perhaps he will be spending his days looking out over the Mediterranean Sea remembering that reducer on Summerbee.

Perhaps he will be recollecting about those prison cells he frequented, and regaling stories of his many wives.

Or, perhaps he will be thinking of The Jolly Farmers, where the good times ended and the bad times began.