Home » Sport » Athletics gets Sally Pearson on board

Sally Pearson will not only run for Australia, she will help run the sport here after joining the board of Athletics Australia.

In an unusual move for a current competing athlete, Pearson will join the board of the sport she competes in and that manages her. 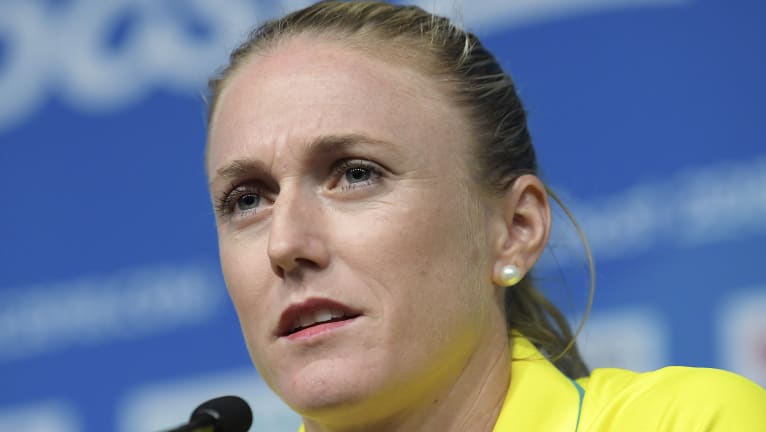 On board: Sally Pearson

Pearson was injured for this year's Commonwealth Games but the self-coached athlete said she was in full training to defend her world 100-metre hurdles title next year and her Olympic gold at Tokyo in 2020.

The world and olympic champion will next week be ratified as the athletes' representative on the AA board, effectively replacing former athlete John Steffensen, who left the board in April. Pearson is also the chairperson of the athletes' advisory committee.

“It’s huge, I am really excited about it,” she said.

The hurdler admits she is opinionated and forthright but said she planned to sit and listen at board meetings before pushing her own thoughts or agenda.

"At a major championships, the Olympics, Commonwealth Games, athletics is the No. 1, everyone wants a ticket to it and it fills the stands. How do we capture that and bring it into our season?" she asked.

"In Melbourne in 2006 there were 100,000 people in the stands for every day and night session. I was there, I know. It's not fully my job to work out how we do that (in the domestic season) – there are marketing people for that – but I will be interested in those discussions.

“You can have opinions but until you know what is going on internally and why some things happen and what the finances are, then it hard to say (what changes should be made).

"It's time to start implementing these ideas I have and listening to people and giving back to the sport.”

Pearson was eager to see the sport grow and especially harness the growth in female sport participation in Australia.

Athletics has typically been very strong for female participation and Pearson not only didn't want to lose athletes to other sports such as AFLW and cricket she was eager to capitalise on the rise in interest in sport participation among girls and women to attract them to athletics.

She wanted to improve communication with athletes, not only in a coaching sense but in broader terms about the direction of the sport.

Pearson did not compete in the high-profile, experimental Nitro series two years ago when it was launched as AA’s bold new direction for the sport as a fast-paced, team-based event. She is yet to form a strong view on what, if anything, now happens with Nitro.

The series, which had Usain Bolt as an investor and competitor, drew strong crowds and TV audiences but lost about $2 million. It was unable to be scheduled last summer due to the Commonwealth Games and there is no plan yet for it to be repeated again this summer other than as a schools competition.

It had been hoped that the concept could be sold to the IAAF to be replicated around the world but the IAAF turned down the offer and developed the World Cup idea using the top eight finishing countries at the previous year’s world championships in an abbreviated athletics carnival.

Changes to the selection criteria for athletes to qualify for major championships, where athletes  will accrue points at sanctioned events rather than achieving a certain time, distance or height,  means that Nitro will be squeezed for a space on the calendar.

“Nitro is a hard question to answer because of the new points-scoring for athletes,’’ Pearson said.

“That is going to make it difficult to find a spot in the season for Nitro as athletes will need to get their points to qualify (Nitro would not be a points-sanctioned event). Hopefully the points system means more of our best athletes will compete more in the domestic season."

There are five IAAF certified events for points in the next national domestic season. Surprisingly there will be no meet in Melbourne this season.