There are more rugby union fans in China, Brazil, India and the US than there are people in Australia and New Zealand combined.

One in three of the world's 800 million rugby union followers are Indian, Chinese, American or Brazilian, according to World Rugby's fan survey released on Tuesday. 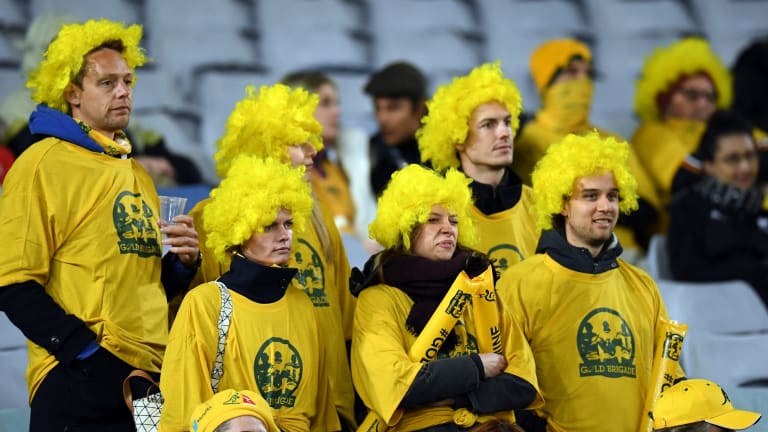 There are 33 million fans in the US, with national team the Eagles having won two Olympic gold medals and qualified for all but one Rugby World Cup, but China has the same number of fans even though their world No.66 ranked national team is yet to play in a major tournament.

India, with a national side far from even contending for a regional rugby title, has 25 million fans, as many as Australia's entire population.

Asia, North America, South America and Africa have the fastest-growing fanbases with numbers in Brazil, China, India, Mexico and USA rising by 50 per cent since 2013.

New Zealand, Australia, England, Ireland, Scotland and Wales cannot compete with the sheer numbers, but their fans arguably make up for that with passion.

The survey, conducted by Nielson Sports, shows the average age of rugby fans has fallen two years to 36, indicating the code is successfully attracting younger audiences.

Also, more than one in three fans are now women or girls in both traditional rugby nations and the emerging markets.

World Rugby chief executive Brett Gosper says the survey shows the broadening global appeal of the sport after the recent addition of a sevens competition at the 2016 Olympics in Rio de Janeiro.

"World Rugby is committed to ensuring a thriving, growing, inclusive game that is accessible to all and this research, which demonstrates significant fan growth, reflects a sport that is effective in attracting a new, younger audience in non-traditional rugby nations, despite huge competition for eyeballs and attention," he said at the Rugby World Cup 2019 trophy tour in Delhi.

"The research also demonstrates that rugby has significant growth potential in both traditional and non-traditional markets … we will use the insight to guide our decision-making and approach to growing fans and participants in rugby globally."

* Over one in three are female