New Zealand's All Blacks have quickly sent shudders down the spine of their other two Rugby Championship opponents after their crushing 38-13 win over Australia at the start of the annual four-nation southern hemisphere competition.

"They were awesome. We are chasing them, everyone is chasing them," said South Africa's coach Rassie Erasmus, who watched the All Blacks' runaway win on television before later on Saturday seeing his side beat Argentina 34-21 in Durban. 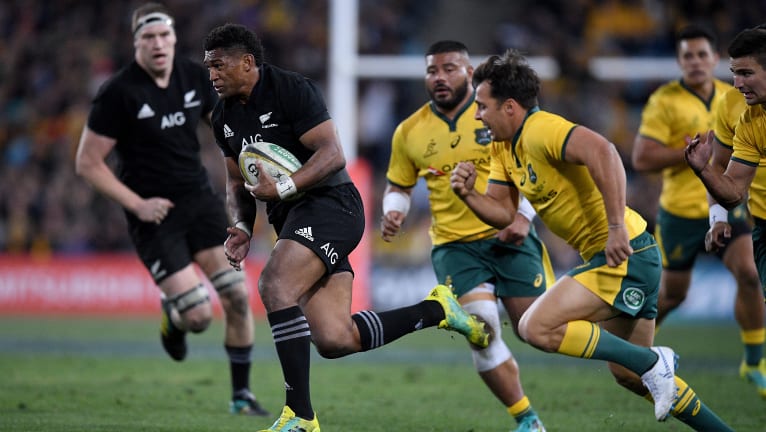 Class above: Waisake Naholo makes a break during the All Blacks’ big win over Australia.

"After being 6-0 down just before halftime, they smashed Australia at home. Such is their class, they did it with two debutants," said Erasmus.

"It wasn't like they had a settled team. Sonny Bill (Williams) didn't play, they had changes in the pack, a new tighthead making a debut off the bench. It was an unbelievable performance by them."

The Springboks play Argentina again on Saturday, then Australia before meeting the All Blacks in Wellington on September 15.

Argentina coach Mario Ledesma agreed it would again be hard to stop the world champions New Zealand, who have won five of the last six Rugby Championship titles.

"Last year South Africa played the perfect game against them in the Rugby Championship and still lost. We hope they don't run us over but it will be hard," he said.

Argentina will face New Zealand in Nelson on September 8 before hosting them in Buenos Aires on September 29.

South Africa then host New Zealand in the last round of matches in Pretoria on October 6.